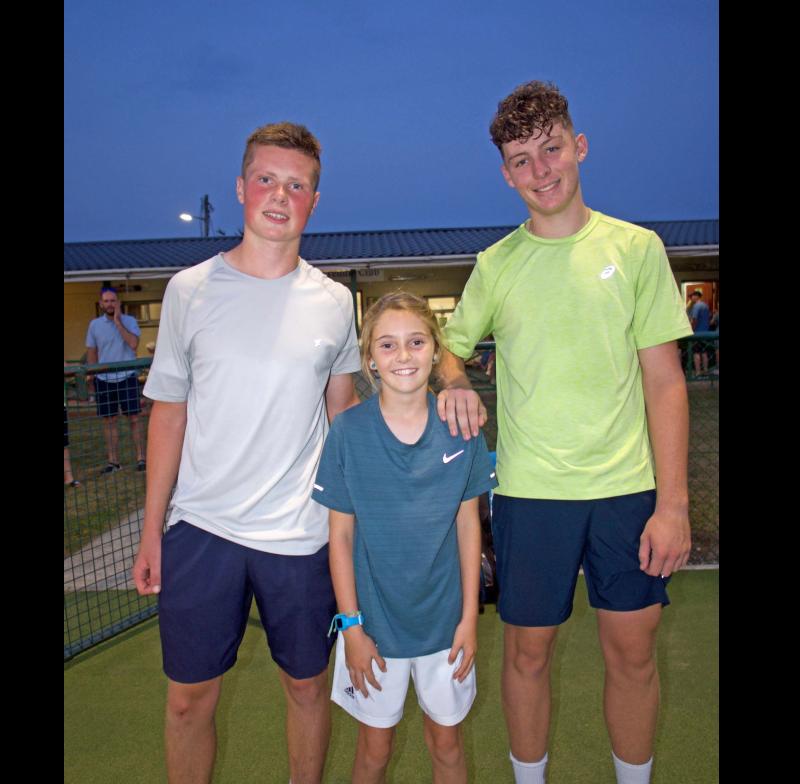 Up-and-coming Irish tennis star Zach Murphy from Carrick-on-Suir returned to his home club where his love of the game was nurtured, to play an exhibition match against fellow tennis scholarship player Dylan Breen from Waterford.

The exhibition match at Carrick’s Castleview Lawn Tennis Club was watched by Zach’s proud family, friends, club members and guests on August 13. Both players are tennis scholarship students at the Monteverde Tennis Academy in Florida.

After the match, Castleview LTC president Penny Eades and captain Jacinta Murphy presented both players with a cheque and spoke of what a privilege it was to see these two young stars play for them.

Ms Eades said they were all extremely proud of 18-year-old Zach’s achievements and recalled how they had watched him excel from a young age to become the incredibly talented player he is now.

She also congratulated 17-year-old Dylan Breen on his performance and wished both young men every success in the year ahead in the Montverde Tennis Academy in Florida. 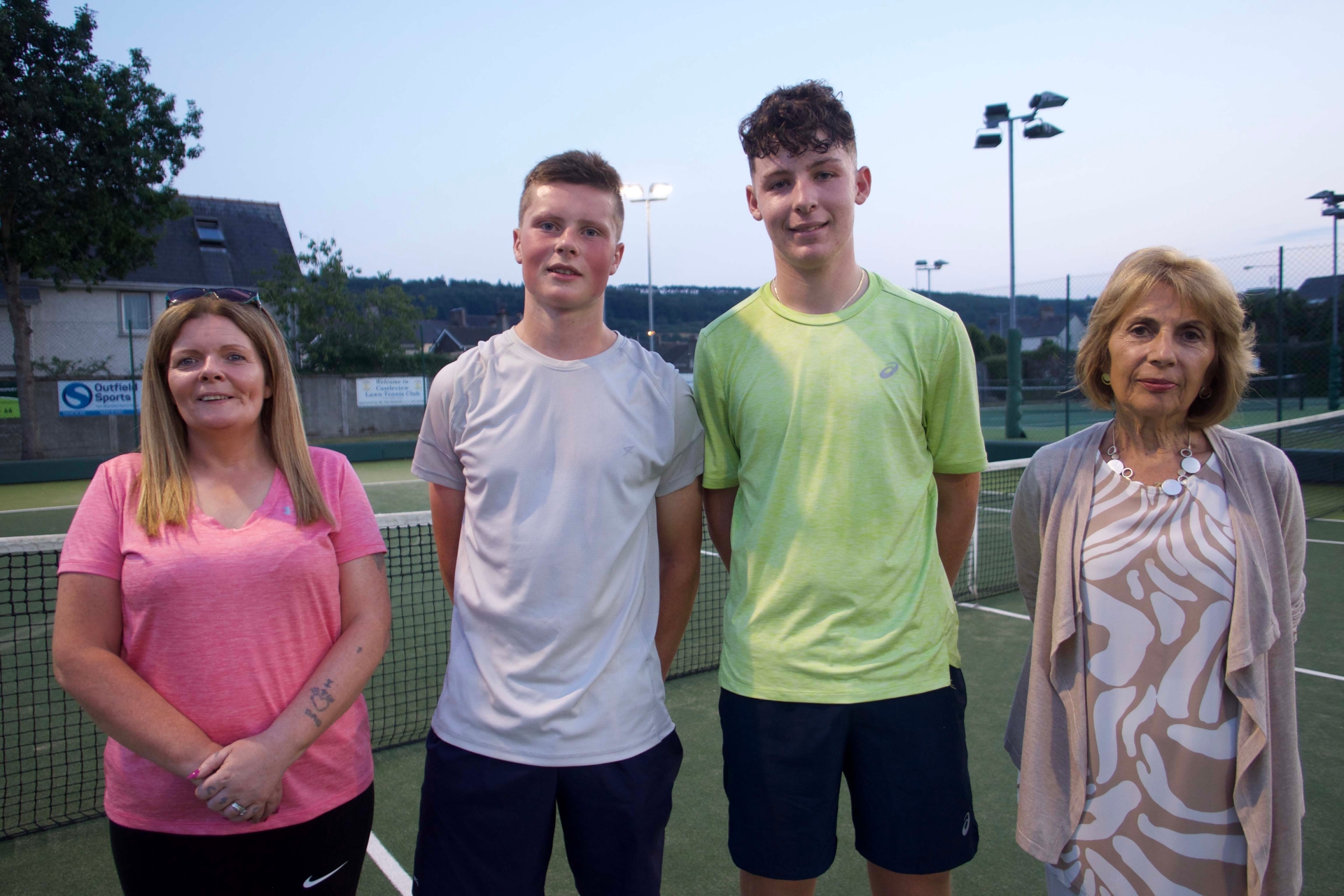 Both Zach and Dylan thanked everyone for coming and the kind presentation.

Zach spoke of thoroughly enjoying his training and studies at Montverde and how it took time to adjust to playing in the heat and humidity there.

He advises anyone playing tennis to first and foremost enjoy the sport and to play as much as possible with others in singles and doubles, which will test, challenge and hone your own skills.

The tennis player he most looks up to is Rafael Nadal from Spain. He met him at a tournament where he found him to be a humble man and good to talk to.

Zach began playing tennis at Castleview LTC at nine years of age and went on to train with the Munster regional squad in Waterford and then with the Tennis Ireland National Academy in DCU in Dublin.

He has won many titles nationally and internationally as well as numerous Grade 1 Tournament titles around Ireland. He was ranked number one player in Ireland at U12, U14 and U16 level and was a member of the Tennis Europe Tour for several years. This gave him the opportunity to perform against some of the top players in Europe and he won the prestigious 10/12 event in Bressuire in France in 2016, and was runner-up in the Sanchez/Casal cup in Barcelona in 2015.

He has also achieved many other quarter and semi-final appearances in European events. He also had success in U18 events when he took part in three International Tennis Federation (ITF) events in 2019 and stepped up to take part in Senior men’s singles and men’s doubles in Castleview, Hillview and Kilkenny tennis clubs winning all three senior singles events and the men’s doubles in Castleview and Kilkenny.

Zach received the Annerville Tipperary Sports Star Award in 2017 and 2018 and is still very much connected to Castleview Lawn Tennis Club.

He has been a great help to younger players, always taking time to advise and coach them on the courts.
Zach returned to Montverde Tennis Academy on Tuesday, August 23 where he will remain until he graduates next May.

He began his studies and training there in January 2022 after receiving a scholarship provided by the ITF in partnership with the World Academy of Sport (WAoS). He earned the Academy’s Most Valuable Player award in May.

More of Anne Marie Magorrian's photos from the exhibition match are published in this week's edition of The Nationalist now in local shops.