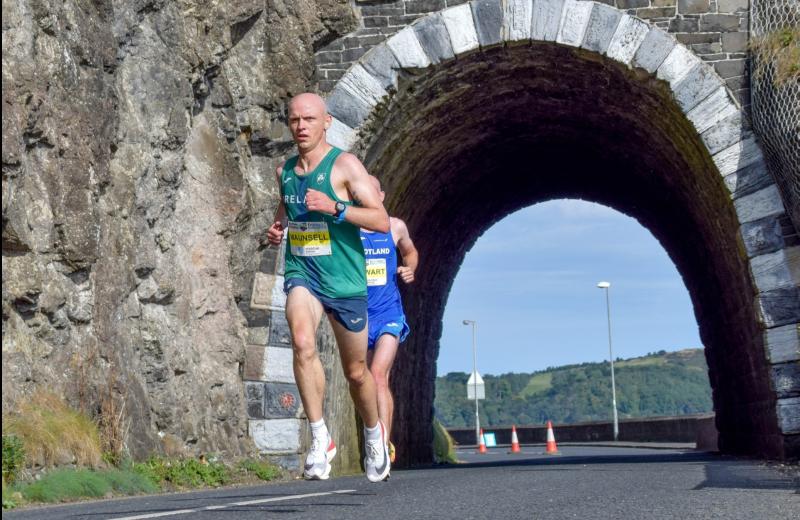 William Maunsell had the distinction of being the first Irishman home in the Antrim Coast International Half Marathon on Sunday morning last.

The Antrim Coast International Half Marathon took place early on Sunday morning last with William Maunsell and David Mansfield representing Ireland and winning their first International vest.
This was a proud occasion for both club members as the years of hard training paid rich dividends with their first International appearance. The race over a very flat route produced some brilliant performances, none more so than that of William Maunsell.
Competing in his first ever Half Marathon, William went through the first 10k in 31 mins 24 secs and then he kept that strong pace going when finishing 21st in a brilliant time of 66 mins 4 secs a new PB. William also had the distinction of being the first Irishman home, fantastic achievement.
Then we had David Mansfield also running a brilliant race, going through the 10k mark in 31 mins 44 secs and then maintaining that tempo all the way to finish 27th in 67 mins 5 secs, brilliant achievement. David also scored on the Irish team.
In the open Half Marathon race Courtney McGuire also ran a brilliant race when winning the woman’s race in 73 mins 54 secs.
Courtney went out at a strong pace going through 10k in 37 mins 12 secs and she maintained that effort when finishing 6th overall, a wonderful achievement and caps a great week for Courtney as she graduated from Limerick University during the week. 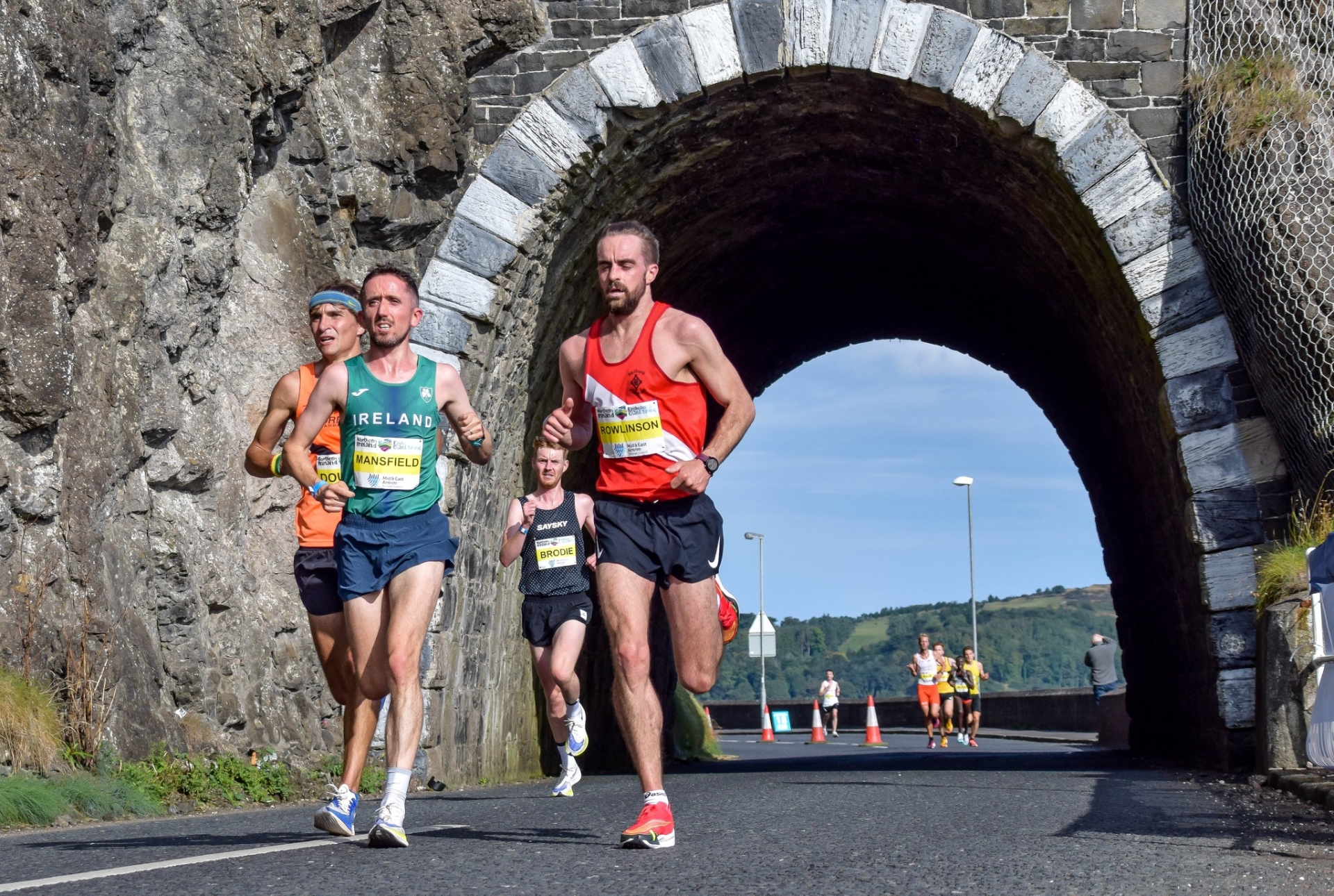 David Mansfield on his international debut for Ireland in county Antrim last weekend.

Evan Fitzgerald wins in new course record
The Lombardstown 5 Mile took place outside Mallow on Thursday evening 25th of August. On a glorious evening for running, Evan Fitzgerald took on Niall Shanahan from An Bru AC and Paul Moloney Mallow AC in the final km after they had successfully broken clear of the chasing pack in the opening mile of an undulating course.
In the uphill finish, Evan prevailed with a superior finish to win in a new course record of 25 mins 18 secs, bettering the old record of 26 mins 23 secs set in 2019. This was another terrific run by Evan and also emphases his recent good form in the Rebel county.