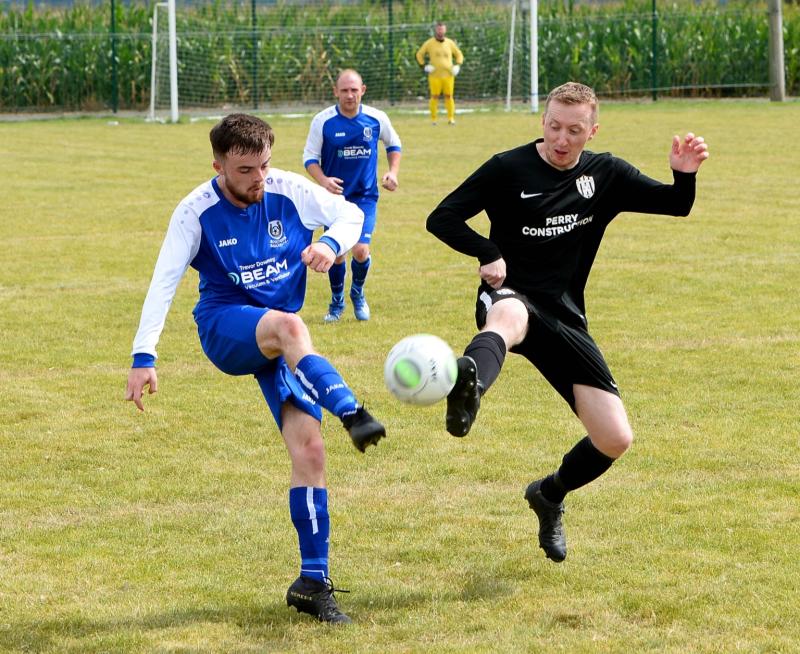 Cullen Lattin 6 – 5 Clerihan
In probably the game of the season so far, Cullen Lattin got the better of Division Two newcomers Clerihan by the odd goal in 11 at Aisling Park on Sunday afternoon.
Both sides swapped chances before the hosts took the lead in the 15th minute when a well delivered corner allowed Micheál Elligott to head home. They doubled the lead just after the half hour mark when Darragh O’Brien played in Elligott, and his effort went in off the post.
There were no more goals before the break, nor any real inclination of what was to come, but the visitors came out all guns blazing in the second period and pulled a goal back seven minutes in when Sean Maher headed home. They were level 10 minutes later when an Aaron Blanche cross from the right ended up on the top corner, but the hosts hit back to retake the lead through Thomas O’Mahoney shortly after.
They looked to have but their poor spell behind them when Tony O’Neill added a fourth and restored the two goal lead, and it seemed beyond all doubt when Mikey Stokes added a fifth with 12 minutes left on the clock. But Clerihan didn’t give up and in a five minute spell had forced an own goal and a second from Blanche to see the game head into the final minutes with only a goal between the teams.
With Clerihan committing almost everyone forward to chase for an equaliser, Cullen caught them on the break and Elligott secured his hat-trick, but with two minutes left Jonas Kerr added another for Clerihan to make it 6-5 as the game headed into the final minute.
Alas Clerihan were unable to get the elusive equaliser and Cullen will be relieved to have gotten the points after what was a superb game to watch for both teams sets of supporters.

Suirside 6 – 1 St Nicholas
Suirside began their campaign with a convincing 6-1 win against St Nicholas on Sunday. They opened the scoring after just seven minutes when some good interplay saw Gavin Sheehan fire across the goal into the net. They could have made it two but skipper Simon Farrell narrowly saw a header go wide just before the break.
St Nicholas got level five minutes into the second half when hesitancy in the home defence allowed Colin Allen to sneak in and score. But that seemed to kickstart the hosts and five minutes after the hour mark John Darmody put them back in front with a diving header.
They went three up in the 68th minute when a brilliant run by Jason Coffey, finished with him whipping in a cross to be met by Simon Farrell who headed home. Farrell got his second minutes later again benefitting from an excellent assist by Coffey to make it 4-1.
Two late goals by Gavin Sheehan (who scored with a great lob) and from Jason Coffey who got the goal his performance deserved with a brilliant strike from the edge of the area in the final minute.

Cashel Town 2 – 0 Dualla
Cashel Town’s seconds started their season with a local derby against Dualla in front of a fine crowd on Saturday night, and started the better of the two teams creating most of the early chances. They finally managed to convert those chances into a goal on the half hour mark, when David O’Dwyer finished well from inside the box after some excellent build up play.
They kept this lead to the break and added a second eight minutes into the second half when Mossy Skeffington fired home from close range after some brilliant pressing of the visitors defence.
Dualla battled throughout and gave the home side a few scares as the second half went on, but Arron Doyle O’Donnell stood strong in the home goal and ensured his team would take the points in the end. 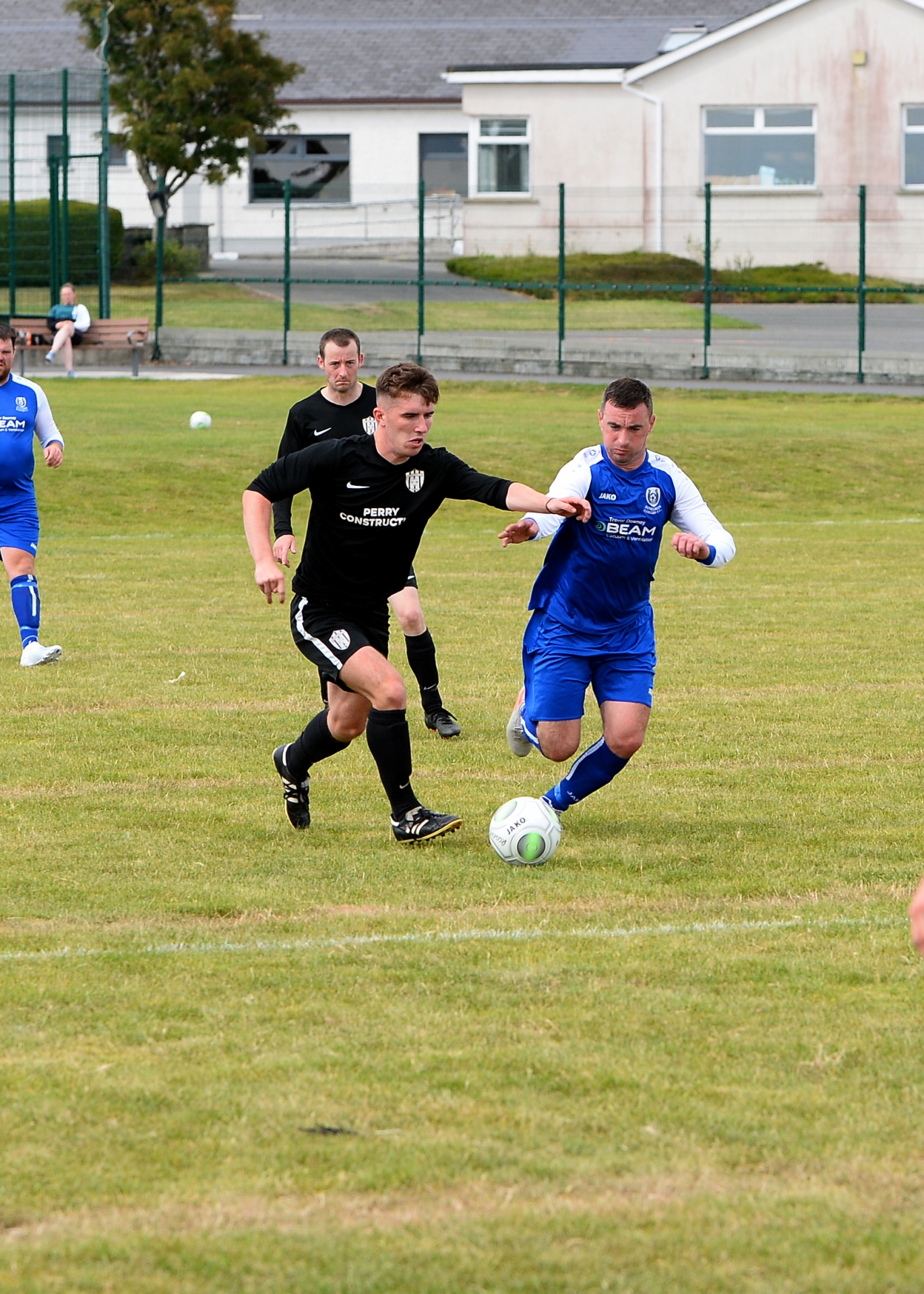 Rosegreen Rangers 2 – 2 Galbally United
Two more teams stretching their legs after the summer break, saw Rosegreen Rangers and Galbally United play out an entertaining draw in Nijinsky Park on Sunday afternoon. The home side had the better of the opening exchanges and went 1-0 up through Ian Shelly, who was played in by an assist from veteran Vinnie Downey. But they were unable to hold the lead to the break, as Galbally United managed to equalise when Ger Dineen popped up with a tidy finish.
Level at the break, the home side re-took the lead in the first minute of the second half, after a long clearance from goalkeeper Killian Ryan caught out the visitors defence and Shelly pounced again for his second of the day.
But five minutes after the hour mark the visitors got level for the second time when good play saw Bernard O’Brien played in behind the hosts defence and he made no mistake from ten yards out. After that both sides chased for a winner but in the end had to be happy with a share of the spoils.