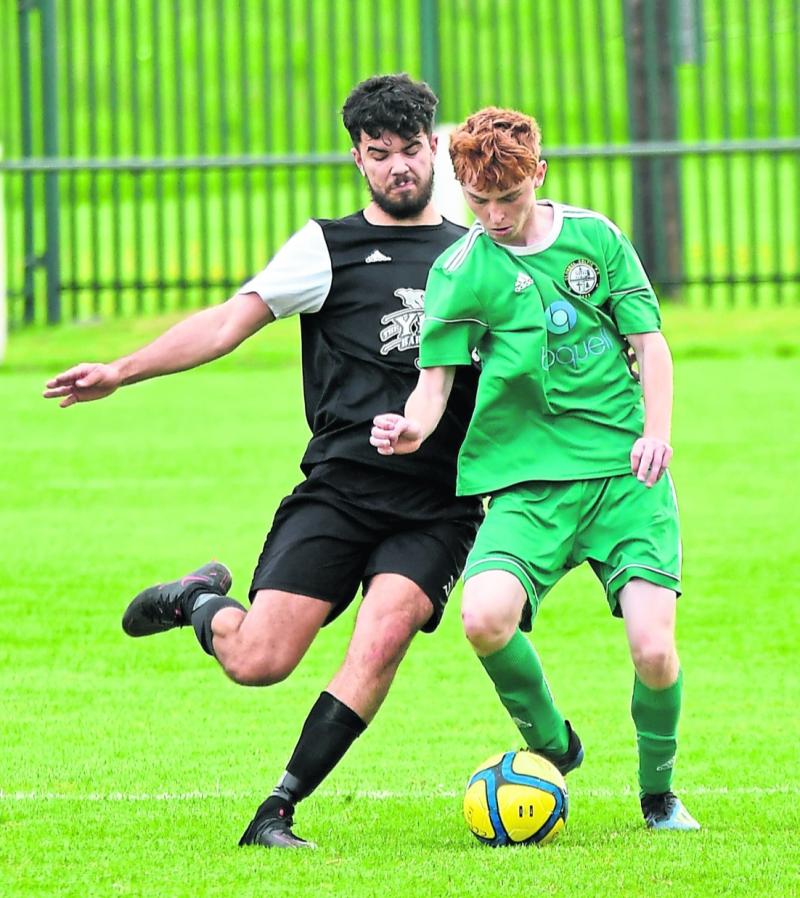 Clonmel Celtic made it a third win in-a-row on their return to the top flight when they put five past their fellow promoted Clonmel side Wilderness Rovers.
But the home side will rue a penalty miss early in the game that would have settled them down better, and given them a lead that they might have had something to hold onto. Alas the miss was compounded when Celtic were awarded a penalty of their own midway through the half, and Seanie Hawkins made no mistake from his spot kick.

Hawkins was causing problems whenever he got the ball and added a second just after the half hour mark when he finished off some good interplay through the middle of the pitch.
The real sickener for the home side however came just on the half time break, when Darren Sweeney made it 3-0 and gave ‘The Wildies’ a second half mountain to climb.
But the away side showed a cuteness in that second half that allowed them to soak up the pressure that the home side tried to exert, and they caught them twice more on the break, with John Downey scoring on the hour mark, and Mark Heffernan applying the coup the grace inside the final ten minutes to give Celtic a big win and maintain that unbeaten run.