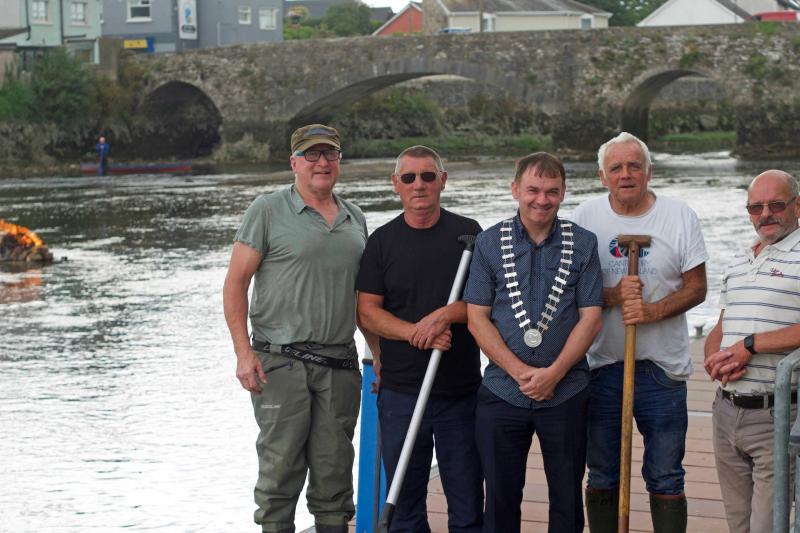 Picture caption: Fishermen Ralph O’Callaghan and Van Dyke Power, Carrick Municipal District Cathaoirleach Cllr David Dunne, fishermen Michael and Maurice Power at the lighting of the fire at Kenny’s Flag on the River Suir between the Old Bridge and Dillon Bridge. The fire is in the middle of the river far left.  Picture Anne Marie Magorrian

Carrick-on-Suir’s rarely seen Kenny’s Rock has disappeared into the depths of the Suir again following the rainfalls of recent days but not before a crowd witnessed the custom of a fire being lit on the slab when it emerged from the river at low tide.

The fire, lit by local fishermen for an hour on Thursday, September 1, appears to have worked a treat. It’s believed lighting the fire was a rain making ritual as Kenny’s Rock only becomes exposed in the river during periods of drought

This was the second fire on Kenny’s Rock in two weeks and it was filmed for posterity by an RTÉ news crew while local poet and historian Michael Coady recited his poem Leac na Tine (Flagstone of Fire), which he wrote about the rock for his 2009 anthology Going by Water.

Carrick-on-Suir boatman Ralph O’Callaghan lit the first fire on the rock at 4.05am on Monday, August 15 when it appeared for the first time in living memory at low tide after weeks of dry weather lowered the river’s water level.

Due to the early hour, Ralph and his wife Catrine were the only people present at the setting of the fire.

Over the following two weeks, the rock was spotted again at low tides as the dry spell continued.

And when RTÉ contacted Ralph about the rock it was decided to light the fire on it again at low tide. Locals gathered on the quayside last Thursday to witness the fire being lit around 5.15pm.

“There were plenty of people there to see it, which was lovely and it was great that the tradition was recorded,” said Ralph.
Michael Coady said he was delighted to witness the appearance of Kenny’s Rock and the fire being lit on it because it hadn’t happened in his lifetime and maybe not for 100 years.

“The appearance of Kenny’s Rock is so rare because it only happens at the lowest tides and also when there is a drought,” he said.

The rock is named after Kenny’s Mill that once operated on the quay. Michael believes lighting the fire on the rock was a rainmaking ritual because during periods of drought the river’s water level was too low to power the local mills to grind corn to make flour. 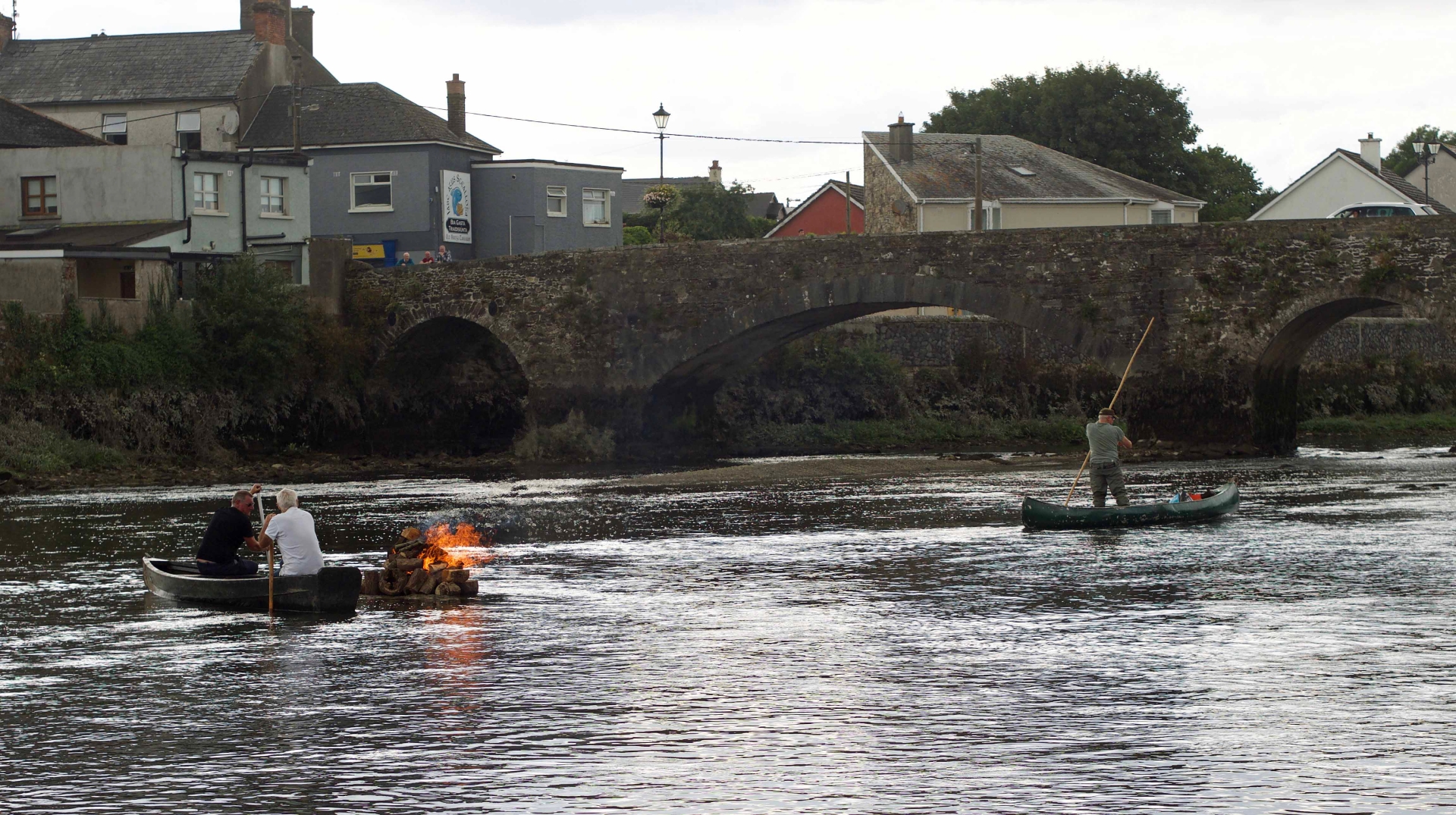