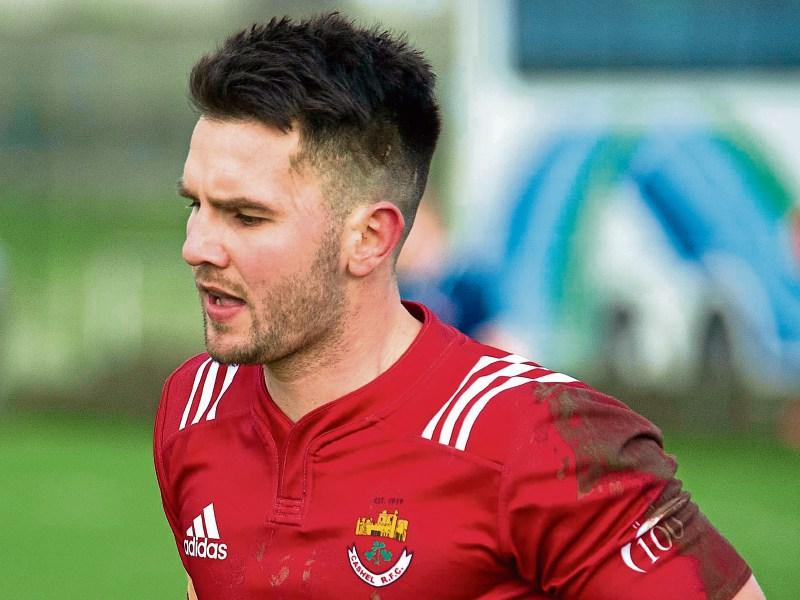 A scoreline of 32 points to 17 does not do justice to the effort of Cashel on Saturday last at Temple Hill, Cork where they took on Cork Con in the quarter final of the Munster Senior Cup. In a most competitive game Cashel acquitted themselves well but a converted try in the eighty second minute put a gloss on the scoreline for Con.

The game was played in perfect sunny conditions with no wind. Cashel were dealt a cruel blow after two minutes when number eight Ciaran Ryan shipped a very heavy tackle and had to leave the field. Cashel were lucky to have James Ryan on the bench and he went on to have a very good game.

There was a Cashel connection also on the Con team as Michael hand lined out for them on the wing. He is son of Gerry Hand and grandson of Garda Hand who served in Cashel for many years. Michael also went on to have a fine game scoring two tries for the hosts.

Con ran everything in the early stages but it was Cashel who scored first after seven minutes when Richard Kingston intercepted on half way and raced to the line to score a try in the corner. Josh O'Dwyer converted with an excellent kick. O'Dwyer relieved a tricky situation a few minutes later when he collected and cleared a kick through from Con which had try written all over it.

From the lineout Cashel were penalised and Con narrowed the gap. Over the next few minutes Josh O'Dwyer and Con swapped penalties. Cashel were competing well and leading by 10 points to 6. The scrums were rock solid. The lineouts on both sides were were a bit dodgy but the Cashel defence was excellent and they soaked up very intense pressure from the larger Con pack.

In the front row Cormac O'Donnell, Niall Fitzgerald and Brendan Ryan were a match for the Con front row. Brian O'Connor  and Fearghaill O'Donoghue carried well and tackled all day. In the back row Richaard Moran, Liam Shine and James Ryan were outstanding. In the backline Josh Pickering and Conor Cashman stood out.

Paudie Leamy put in some excellent tackles and Richard Kingston was dangerous in attack. The Cashel try line was breached in the twenty ninth minute when Con scored a converted try under the posts from a lineout move. Con had the better of the remainder of the first half but heroic defending by Cashel kept the score at 13 points to 10 in Cons favour at half time.

Cashel were under pressure early in the second half but held out with some ferocious tackling. Brendan Crose came on for Cashel and immediately made an impact carrying numerous balls into Con territory. They had a number of forays into the Con danger zone but they could not make the much needed breakthrough.

They had Con under pressure for a least fifteen minutes and a try at that stage could have given them the momentum to press on. With the score still at 13 points to 10 a mistake by Cashel when they were defending well on sixty five minutes resulted in a five metre scrum to Con. They ran the ball and got in under the posts for a seven pointer.

This was a cruel blow for Cashel and they conceded another try on thirty three minutes to go 25 points to 10 behind. However they continued to compete and were rewarded with a try by Conor Cashman after excellent approach work by the forwards. Ryan O'Sullivan converted.

A scoreline of 25 points to 17 would have been a reasonable reflection on the game but the injury time try did not do justice to Cashel. Con are a strong Division 1 team and are always competitive in the cup. Cashel can be proud of this performance.

They have a few  areas to work on as they prepare for the All Ireland League campaign which commences on October first against Navan in Navan. They also have a number of players to come into the squad after recovering from injury