The St Mary's Under 13 first team faced Moyle Rovers in the showpiece final.

It was a  day to remember in Davin Park, Carrick-on-Suir for two of St Mary's Hurling Club (Clonmel) U13 teams who claimed divisional honours on Saturday last.

First up, our third team faced Newcastle in a ding-dong game which had the large attendance on their feet as the players from both sides gave their all.

Newcastle raced into an early lead but the Mary's boys kept in touch from then on before getting their noses in front in the last few minutes to win by two points on a 2-5 to 2-3 score line.

In the second game, our first team faced Moyle Rovers in the showpiece final and another pulsating game unfolded with scores, skill, effort and tenacity from both sides entertaining the masses. An early onslaught by our lads saw us lead by nine points and seemingly sailing along was interrupted by a superb Rovers comeback and we found ourselves two down on the final straight. 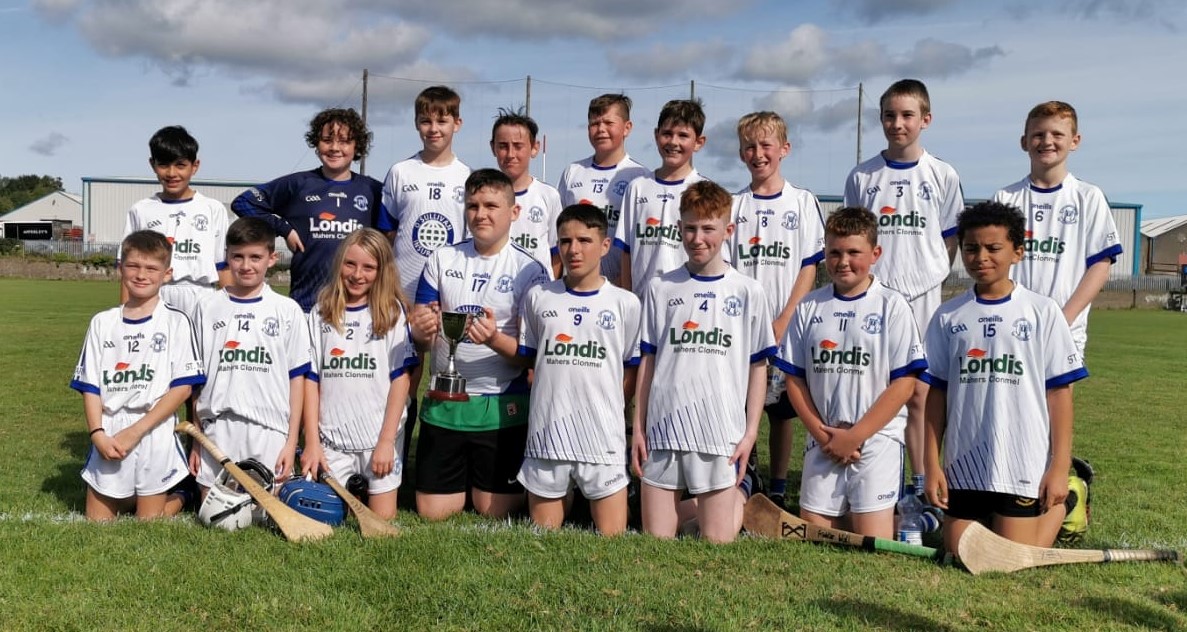 The St Mary's Under 13 team who defeated Newcastle in a ding-dong South Tipperary hurling final at Davin Park, Carrick-on-Suir on Saturday last.

However, our own boys showed some spirit and rallied once more to go ahead by three points and claim the spoils.

Great scenes after both games greeted the victors as parents and supporters celebrated the players achievement's.

Our commiserations go to Newcastle and Moyle Rovers who contributed hugely to two sporting contests in a great days action for South hurling.

Huge thanks to our mentors for their efforts thus far and we wish both teams the best of luck in the County series.