The Blues have 12 points to spare over Powerstown/Lisronagh team 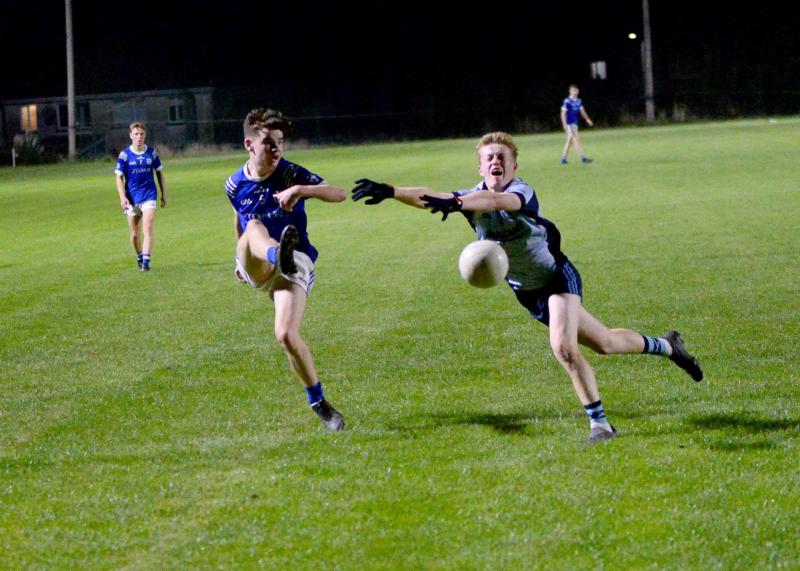 Fethard scored a big win over Moyle Rovers in the Hall Alarms South Tipperary Under 19 B Football Championship final at the Duneske Centre in Cahir last Wednesday evening.
The Blues laid the foundation for this win in the second quarter with a display of fast, free-flowing football, as they scored 2-4.
Fethard’s attack was lethal throughout, with the full forward line scoring 3-11 between them.
The first score of the game came after five minutes when Keenan Ahearne kicked a point from 40 metres. Then Michael Quinlan scored a point from a free from 35 metres from his hands, which was followed by the point of the quarter, a counter attack finished by Sean Moroney, leaving the score Fethard 0-3 Moyle Rovers 0-1.
Mark Neville showed great pace when he added a point from play and when Liam Kiely raced up field he gave a great ball to Mark Neville, who finished to the net.
Fethard, who were rampant, saw Matt Coen scoring his first point from play; on winning the kick out, he set up Sean Moroney for another goal.
Then Matt Coen kicked over a great point, having received a pass from Shane Neville, and when Michael Quinlan scored a point from a free two minutes before the break, Fethard had built up an 11-points advantage, leaving the score Fethard 2-7 Moyle Rovers 0-3 at half-time.

Moyle Rovers had struggled to keep pace with Fethard, with the first half points for the Powerstown/Lisronagh team coming from Paddy O’Keeffe, Dean English and Shane Ryan on the stroke of half-time.
After the break Fethard were first out of the blocks on a counter attack when Michael Quinlan, the quickest player on the field, set up Sean Moroney for his second goal.
Immediately, Michael Quinlan added a point from a free, with Fethard scoring further points from Sean Moroney and a free from Matt Coen.
Michael Quinlan contributed another point from a free, leaving the score at the end of the third quarter Fethard 3-11 Moyle Rovers 1-6.
The Moyle Rovers goal had come from Paddy O’Keeffe in the 38th minute, following a well-worked move, but it did little to threaten Fethard’s dominance.
Fethard never let up and scored 1-2, the points coming from Michael Quinlan frees and the goal of the match, which was scored from an acute angle after a great run and finish by Matt Coen, one of the best players on the night.
Moyle Rovers had the consolation of a great goal from Tom O’Dea nine minutes from the finish, with their points in the second half supplied by Rory Collins (0-2), Darragh Walsh (0-1) and Killian Butler from a free.
Dara O’Meara, Shane and Mark Neville, Liam Kiely, Darragh Spillane, Sean Moroney, Michael Quinan and Matt Coen were all to the fore for Fethard, who advance to a county semi-final against Nenagh Eire Og.
It was a night to forget for Moyle Rovers, although they never stopped trying and their players gave their all. 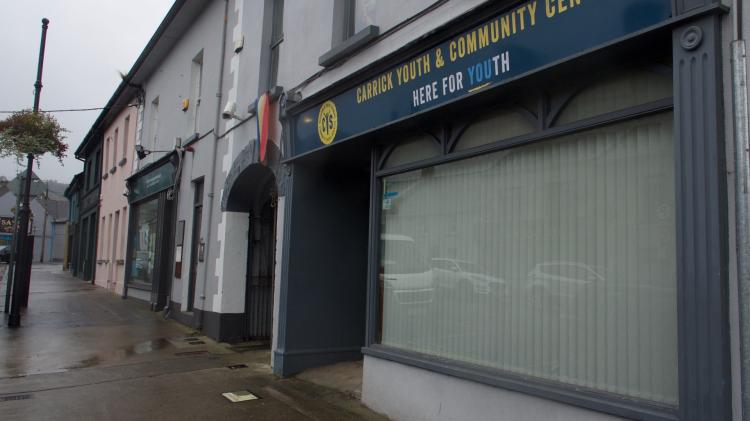