Review: Skoda Kodiaq lives up the hype- it's a seriously impressive SUV 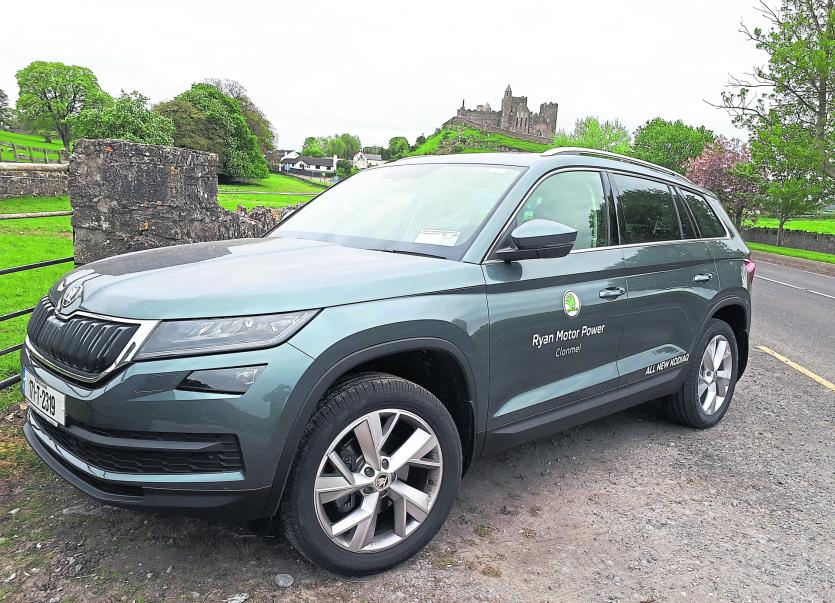 The Skoda Kodiaq in front of the Rock of Cashel

You know motoring commentators have been talking about the new Skoda Kodiaq for a long time - so long, in fact, that when it finally arrived, many wondered if it would be worth all the fuss.
In an industry where mutton can often be dressed up as lamb, depending on which spin doctors are employed, the proof of the pudding would indeed be in the eating. And, you know what, they were right - the Kodiaq is an absolute beast of an SUV. It is so full of innovation, power, space and ingenuity, that it leaves many competitors trailing in it's slipstream. This machine is going to cause many headaches for other brands.
The Tipperary Star has undertaken many reviews of new and used vehicles through the years, but none, absolutely none, drew the same level of attention as the Kodiaq did. From the moment we picked up the newest Skoda from Ryan Motor Power in Clonmel where Ronan Power went through the many bells and whistles, inside and out, it was garnering looks from other motorists - presumably, they were eyeing up the car, not the driver!!
Well, why wouldn't they? Strong, bold, rugged, great power, a real pleaser - and the Kodiaq wasn't half bad either! 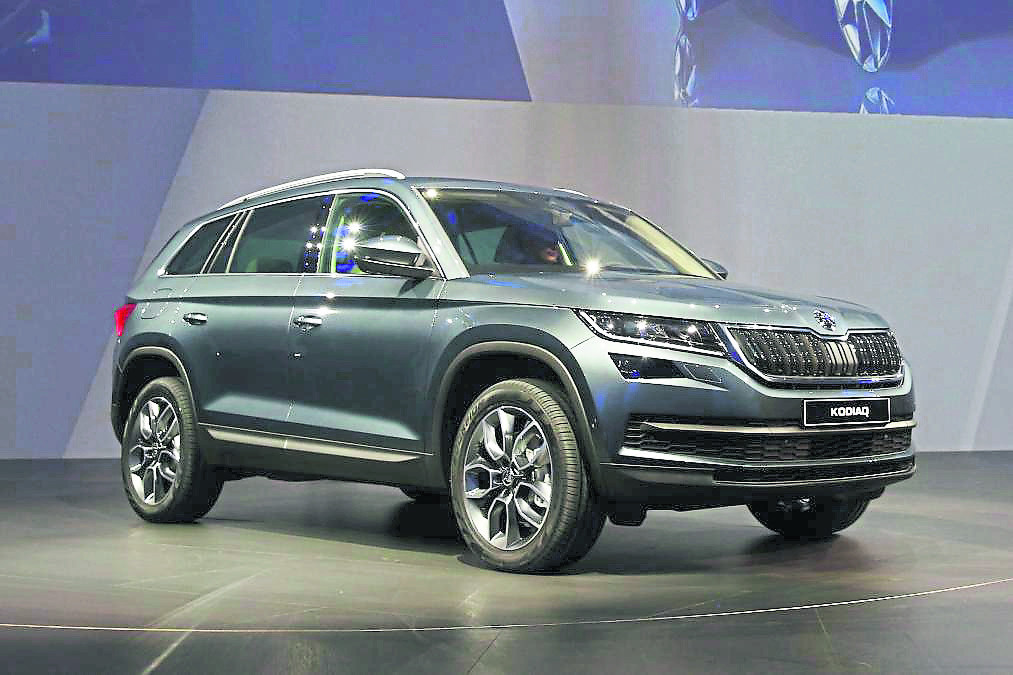 Seriously though, this was a real head turner and what most people could not get their head around, was the size of the car. It has more space than any other SUV, and even with the seven seats in place, there is still a fair bit of room in the boot. Split the rear seats if you only need one and you have more space again.
The 2 litre turbo diesel engine works hard to power the massive body and the six gear manual transmission gearbox was smooth and very easy to manage - it also comes as automatic if you prefer.
As comfortable an SUV as you will find with great seating, very good road holding underneath those 19 inch alloy wheels, enough legroom for a giraffe, and headspace aplenty underneath a panoramic sunroof, the Kodiaq scores on so many levels it almost seems ridiculuous.
With full LED headlights and rear lights, reversing camera, innovative door edge protection, umbrella storage compartments, futuristic smartlink infotainment system and of course 4x4, this car had people salivatating at the thoughts of owning one. The 4x4 kicks in when the vehicle senses that it is required thanks to an inter-axle electronically- controlled multi-plate clutch. The traction in 4x4 mode is excellent in testing conditions.
Drop the rear and back seats and you can have 2005 litres of luggage capacity - ideal for the commercial traveller, those into their sporty weekends, and of course the busy family. The rear seats even have holders for the smart phones and DVD to keep the kids furthest away entertained.
There are boxes, compartments and holders everywhere - a place in the window for holding parking tickets; an ice scaper in the fuel cap; the umbrella and door edge protection already mentioned. They've thought of everything and really do live up to the catchline - Simply Clever.
Managing the technology was no big deal either with the dash mounted touchscreen controlling most functions - the sound system is magnificient as you would expect - and there are so many warnings, driver aids, and information points coming at you, that you would really wonder how you could go wrong driving this car. 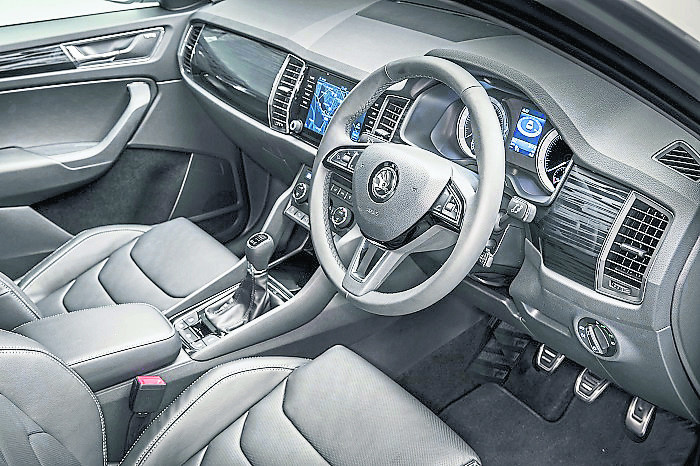 The interior of the Skoda Kodiaq

One of the nicest features of the test car was the electrically controlled tailgate - it opens and closes with the mere touch of a button and the chances of getting fingers caught in the slamming boot are virtually nill. Speaking of safety, there are airbags everywhere to keep you and yours safe in the event of a smash.
The Kodiaq is available to test drive now and pricing begins at €29,395 rising to €45,745 for the seven speed automatic 190bhp Style version.
The petrol engine is a 1.4 litre 125bhp or 150bhp, six speed manual or automatic transmission. The good news is, you can practically tailormake your car depending on your budget.
As with most things in life, there is a downside and unfortunately for us the downside to the Skoda Kodiaq was having to hand it back. It was a thoroughly enjoyable and enlightening motoring delight - at last, there seems to be a genuine SUV which has it all.
Call in to Ryan Motor Power in Clonmel - Skoda Dealer of the Year 2016/'17 - to check it out for yourselves.