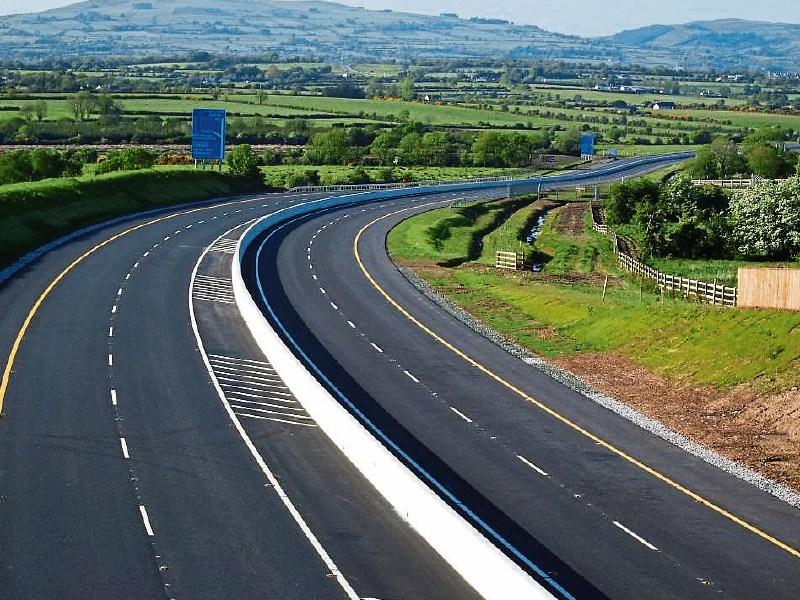 A Tipperary County Council backed proposal to link Limerick city with Cork and Waterford by motorway, via Tipperary has gotten the backing of the elected representatives and could mean by-passes for Tipperary Town, Cahir and Carrick-on-Suir writes Noel Dundon.

In addition the proposal would save the State in excess of €300million with separate motorways from Limerick to Cork and Waterford to Cork not having to be built.

The proposal was brought before members of the council this week by officials John Nolan and Brian Beck, while Director of Services Mr Marcus O'Connor explained that the proposal is being put before the National Planning Framework and the midterm review of the Capital Plan 2017 -2021.

In essence the proposal to run the new motorway from Limerick via Tipperary to link up with the current Dublin-Cork motorway en-route to Cork, makes massive savings for the State and would allow for other major infrastructual projects to receive funding, rather than the entire roads budget going on the proposal to build three motorways ( ie Limerick - Cork; Limerick - Waterford; and Waterford - Cork).

Similarly, the Clonmel - Waterford section would link up with the Dublin-Cork motorway also and would again prevent the necessity of a second motorway along the N25 route, similar to the N20 routeway.

The current M8 is under utilised to the tune of 75%, according to figures, and the addition of traffic from Limerick and Waterford would not majorly interfere with traffic times, but would result in great efficiency in terms of roadway usage.

There is also a determination to utilise fully the Tier 1 ports of Foynes and Cork, and the Tier 2 port of Waterford. With far greater emphasis being placed on exporting through these ports to the Continent, rather than to England, following the Brexit vote, having motorway access to the ports is seen as being particularly crucial.

Cathaoirleach of the County Council, Cllr Siobhan Ambrose said that proposal is being mentioned to Ministers at every occasion, while Cllr Denis Leahy said that this was the news he has been waiting to hear for many years. It would help to move traffic through Tipperary town much faster and it would be a win win for everybody. This, he said, provides the best opportunity for the revival and recovery of Tipperary.

Cllr David Dunne said that the Pilltown - Carrick road needs attention due to the number of accidents while Cllr Roger Kennedy said that the proposal copperfastens what people have been saying at so many Municipal District meetings.

The comprehensive submission now requires adoption by Government as part of the mid term review and were the proposal to get the go ahead it would cost approximately €1,020million as opposed to €2,750million cost of providing the three motorways.