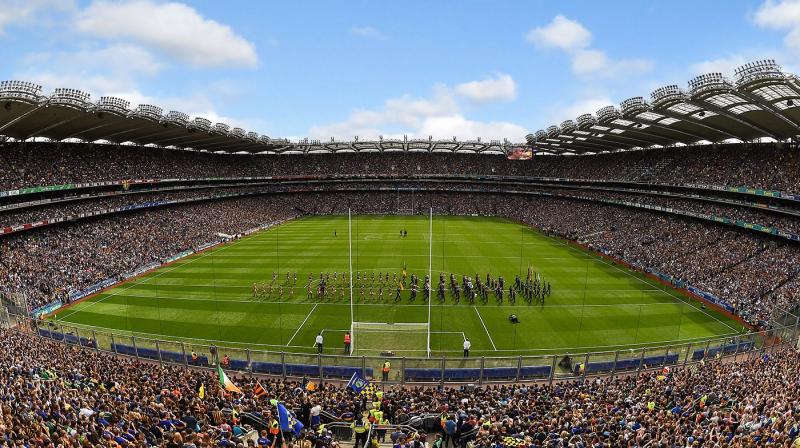 Tipperary supporters traveling to Croke Park this weekend are being advised to plan their route carefully due to extensive traffic restrictions being in place across the city for Luas upgrade works.

Patrons are advised that Dublin's North and South quays will be closed for periods over the weekend causing traffic disruption in the city centre.

Due to extensive Luas Cross City works, there will be significant traffic disruption on the north and south quays on the approach to O’Connell Bridge.

This will include a full closure of the south quays at O’Connell Bridge from 8pm on Friday 4th August until 6am on Saturday 12th August. Supporters travelling through the city are being advised to consider alternate routes as major traffic diversions will apply and delays are expected. 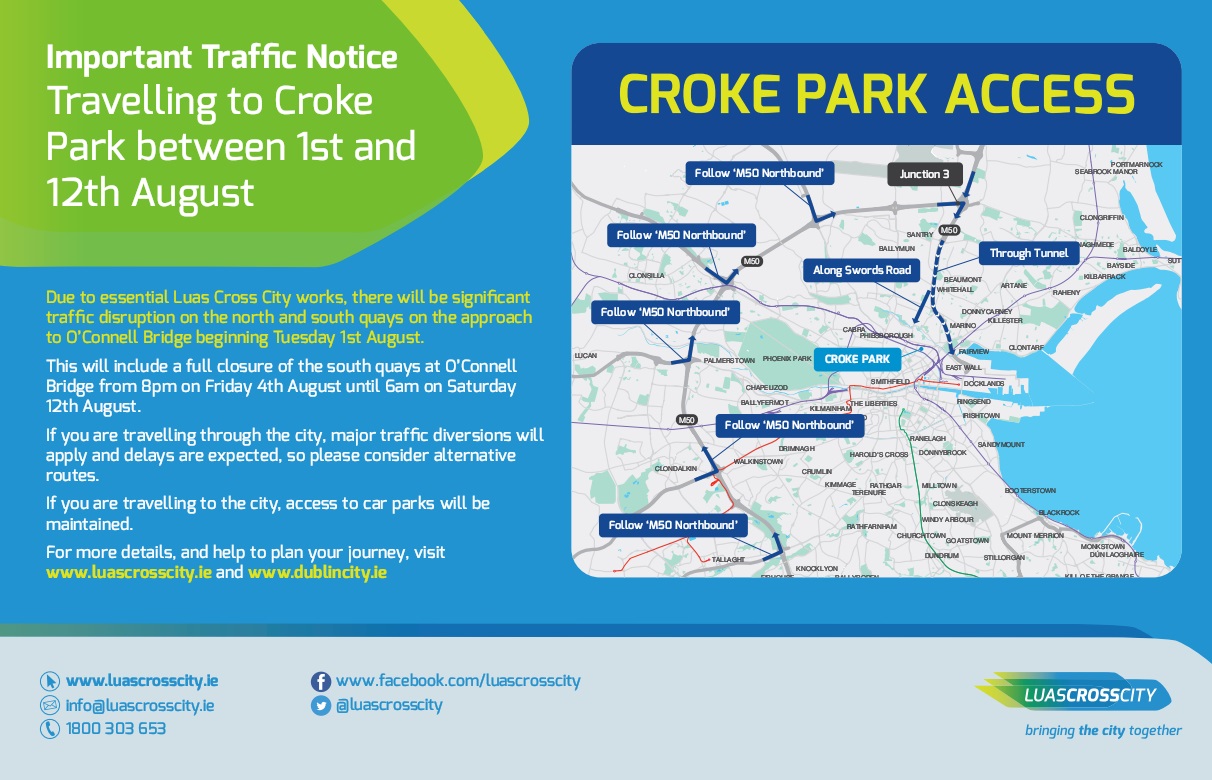 North and South Quays at O’Connell Bridge: Access to Parking from Burgh Quay
Information on diversion routes that will be in place to provide access from Burgh Quay to three main city centre areas impacted by the works is provided below.

From Burgh Quay access route to Henry Street Shopping District via O’Connell Street will be as follows:
» Traffic on Burgh Quay to turn left onto D’Olier Street and get into right hand lane.
» At the next set of traffic lights continue onto College Street and stay in the right hand lane.
» Turn right at the next set of traffic lights onto Westmoreland Street.
» Continue north across O’Connell Bridge and onto O’Connell Street. 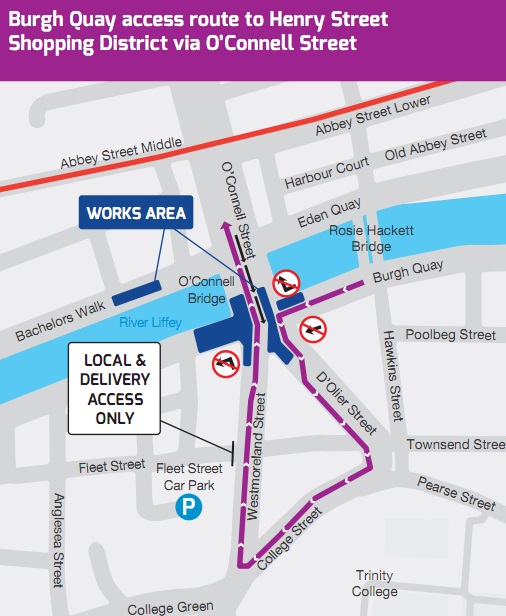 From Burgh Quay access route to Temple Bar area and south quays immediately west of O’Connell Bridge will be as follows:
» Traffic on Burgh Quay to turn left onto D’Olier Street and get into right hand lane.
» At the next set of traffic lights continue onto College Street and stay in the right hand lane.
» Turn right at the next set of traffic lights onto Westmoreland Street.
» Traffic to take the next left turn into Fleet Street and enter Temple Bar area
» For access to Aston Quay, Wellington Quay, Essex Quay and Wood Quay traffic to turn right
from Fleet Street onto Bedford Row before turning left to access the south quays. 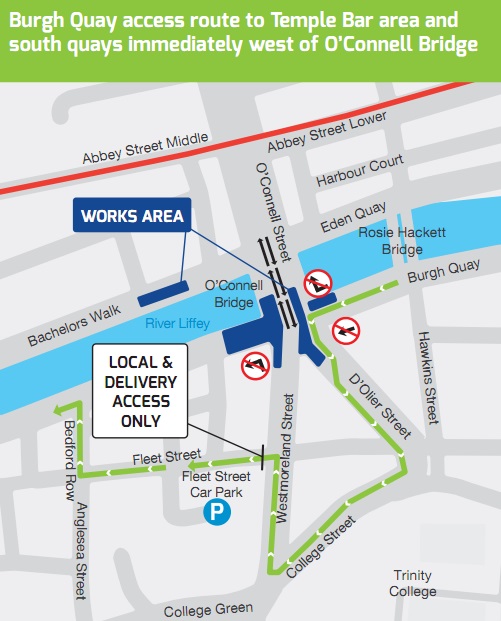 The Clonliffe College car park is situated 5 minutes from Croke Park Stadium. The car park has 2,000 spaces which include 100 disabled spaces and is accessible via Drumcondra Road Lower. Parking is available for just €10 on specified match days on a first come, first served basis.

Holds 300 cars and is open for 2 hours before all events and 1 hour after events. (3 hours before concerts). The cost is €10 for all Championship Matches/Concerts, €8 for League Games, €5 for School Finals and Intermediate/Junior Finals.

Q-Park Clerys car park on Marlborough Street offers a special parking rate of only €8 for up to 24hrs parking on Match-Days in Croke Park throughout the GAA championship season. Patrons can avail of this by showing their match-day tickets to our staff at the car park.

Supporters are also being reminded of the new safety regulations which prohibits bags larger than A4 size entering the stadium. All bags smaller than this may be searched.