A big step up in class for the new Ford Fiesta 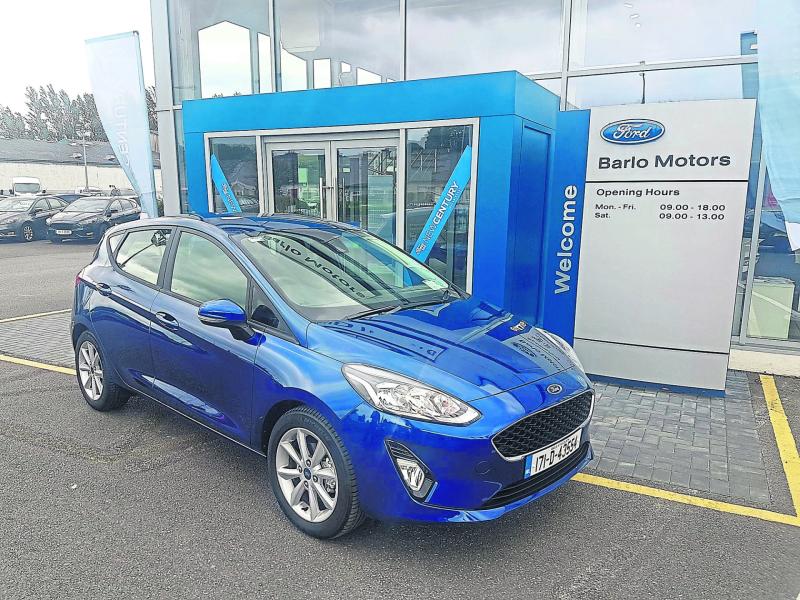 It's been a while since we reviewed a Ford Fiesta and so it was with much interest that we ventured to Barlo Motors, Racecourse Rd, Thurles to check out the all new version of what has been a very steady-as-you-go machine for the company.

You see, the Fiesta has been around since when Santa Clause had a black beard and it has been rightly regarded as a great car for those starting out in their driving careers, or those at the other end of the scale who are downsizing with the kids having flown the coup. It was a relilable, solid, economical, no-fuss car, which did exactly what it said on the tin.

Well, things have changed. Ford has sexed up the Fiesta and turned the plane-Jane, girl next door into a supermodel. It's not just a makeover either – under the bonnet there is much refinement, and even at entry level, the specification is very impressive. 16” allow wheels for instance work wonders for the aesthetics of this car and the sleek external design is matched internally too where much attention has been given to style as well as substance.

The platforms are similar but you are getting Focus-like solidity, holding ad comfort, in the body of a Fiesta – sounds good alright. Ford EcoBoost petrol engineputs a five times winner of International Engine of the Year at your command. Auto Start-Stop helps you save fuel, every time you stop at the lights or at a junction.

The new Fiesta is expected to be a winner for Ford and judging by the excitement of the sales team at Barlo Motors, that expectation is well placed. They are well impressed with the great technology package and feel that there is actually something for everyone in the three and five door Fiesta range. There is the simplicity of use for those who don't wish to get down and dirty with all the high tech, and yet there is the ability to go all star trek for those who love the challenge. Basically, the new Fiesta is a one-size-fits-all model which has probably leaped out many of its competitors in the field.

The amazing thing about the all new Fiesta is that it is actually far roomier than you might think. Yes, the flowing external design lines give the impression of a very sizeable small car, and the 16” allows help as well. But, looks can be deceiving in many machines – not in this one. There is decent legroom in the back, plenty in the front, and the boot is deep and spacious for a vehicle in its class.

Any complaints then? Not really – the new Fiesta is a big step forward from its predecessor and is certain to be one of the class leaders in the small car market. It has now added style and sophistication to much substance – that makes it a winner in our view.

Check it out at the Ford VIP sales event which kicked off on Wednesday 1st November and continues until Sunday. You could be in line to catch a real bargain, but you'll never know unless you go.