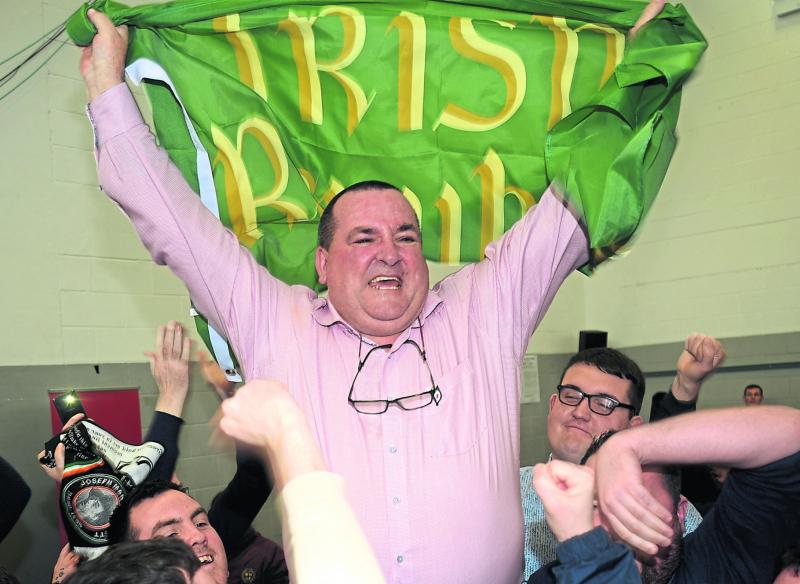 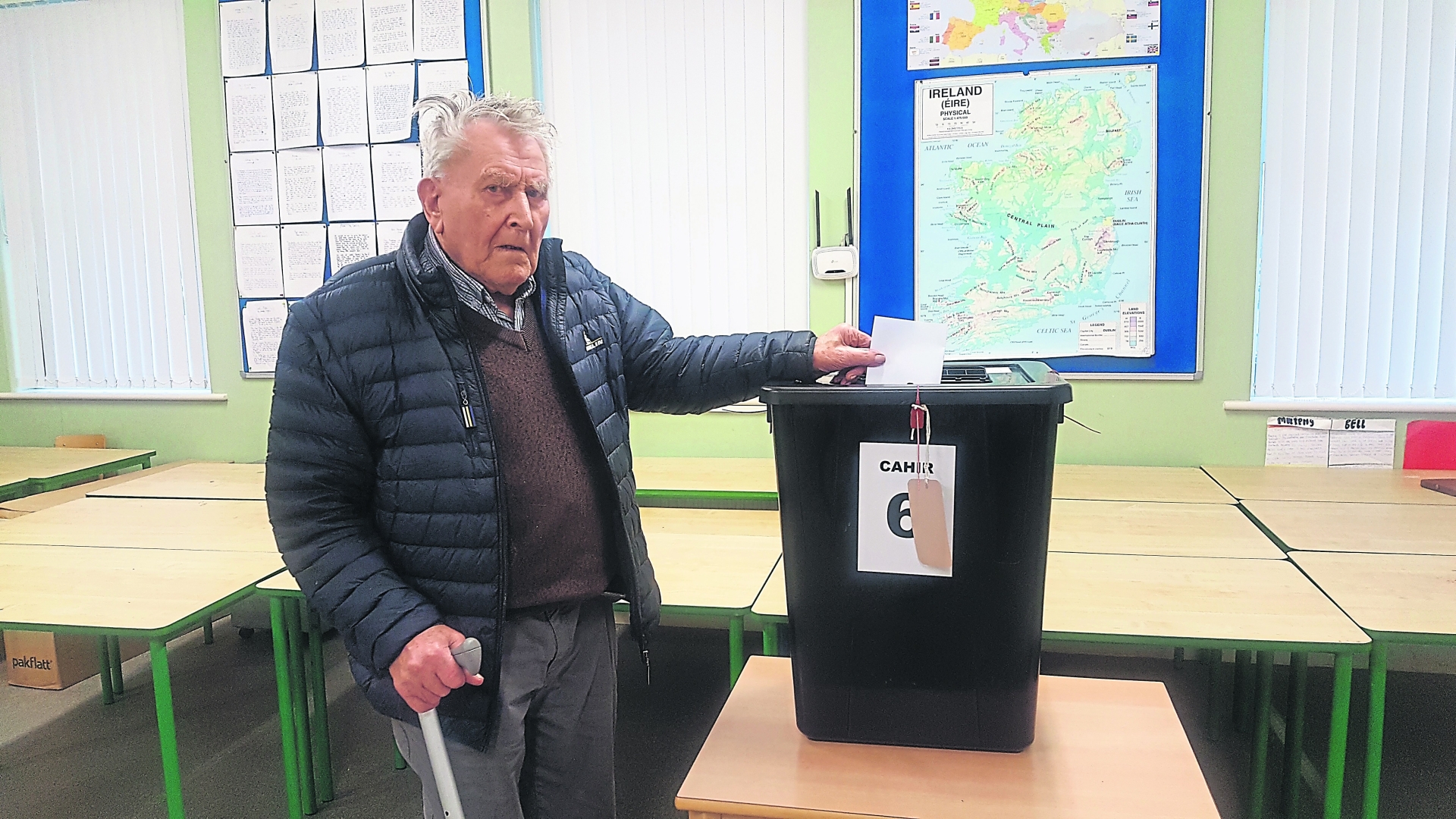 Con Gleeson casting his vote in Ballylooby NS. Con is originally from Upperchurch, Thurles and will celebrate his 98th birthday this April. He enjoys his daily papers and gets the Tipperary Star and the Nationalist weekly to keep up-to-date on all the news and politics 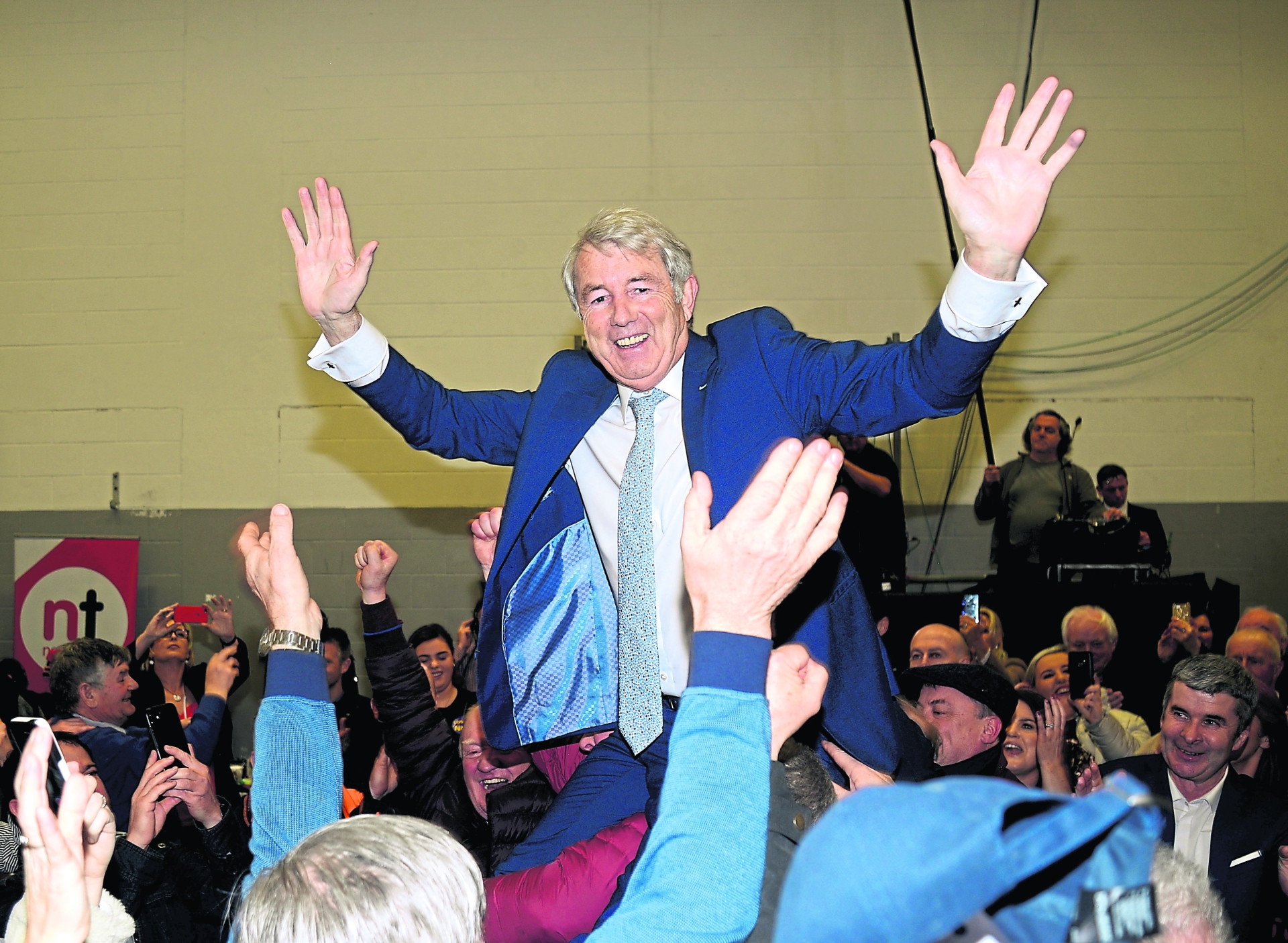 Poll topper Michael Lowry is shouldered high by supporters when the first count was announced in Thurles on Sunday evening Picture: Eamonn McGee 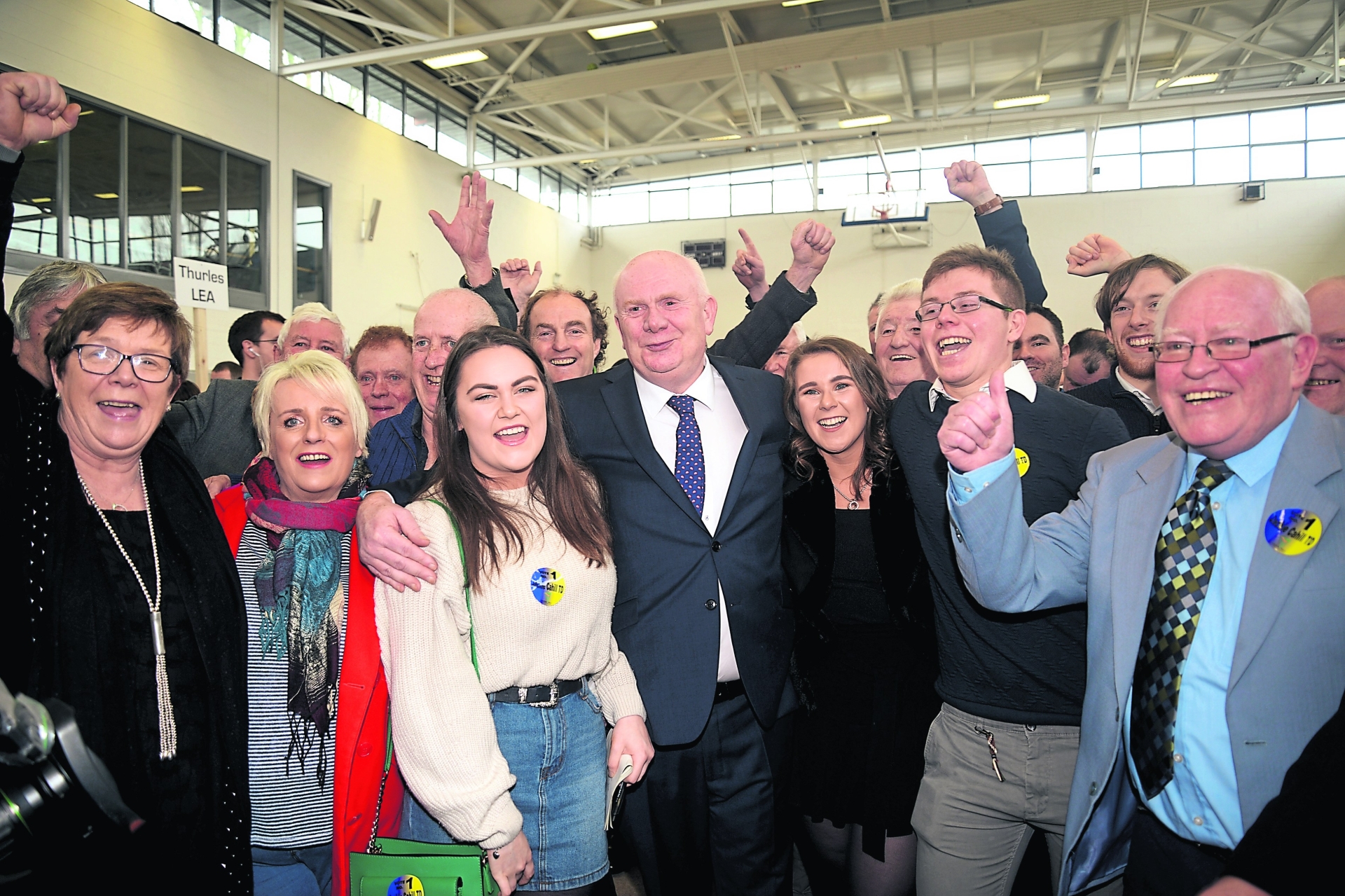 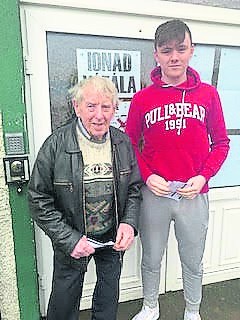 Henry Cummins, aged 90, voting with his grandchild James Fogarty, aged 18, for the first time in the General Election in the Rahealty voting centre Alan Kelly celebrates retaining his seat in the general election with his son Senan and daughter Aoibhe at the Tipperary count centre in Thurles on Monday Picture: Eamonn McGee 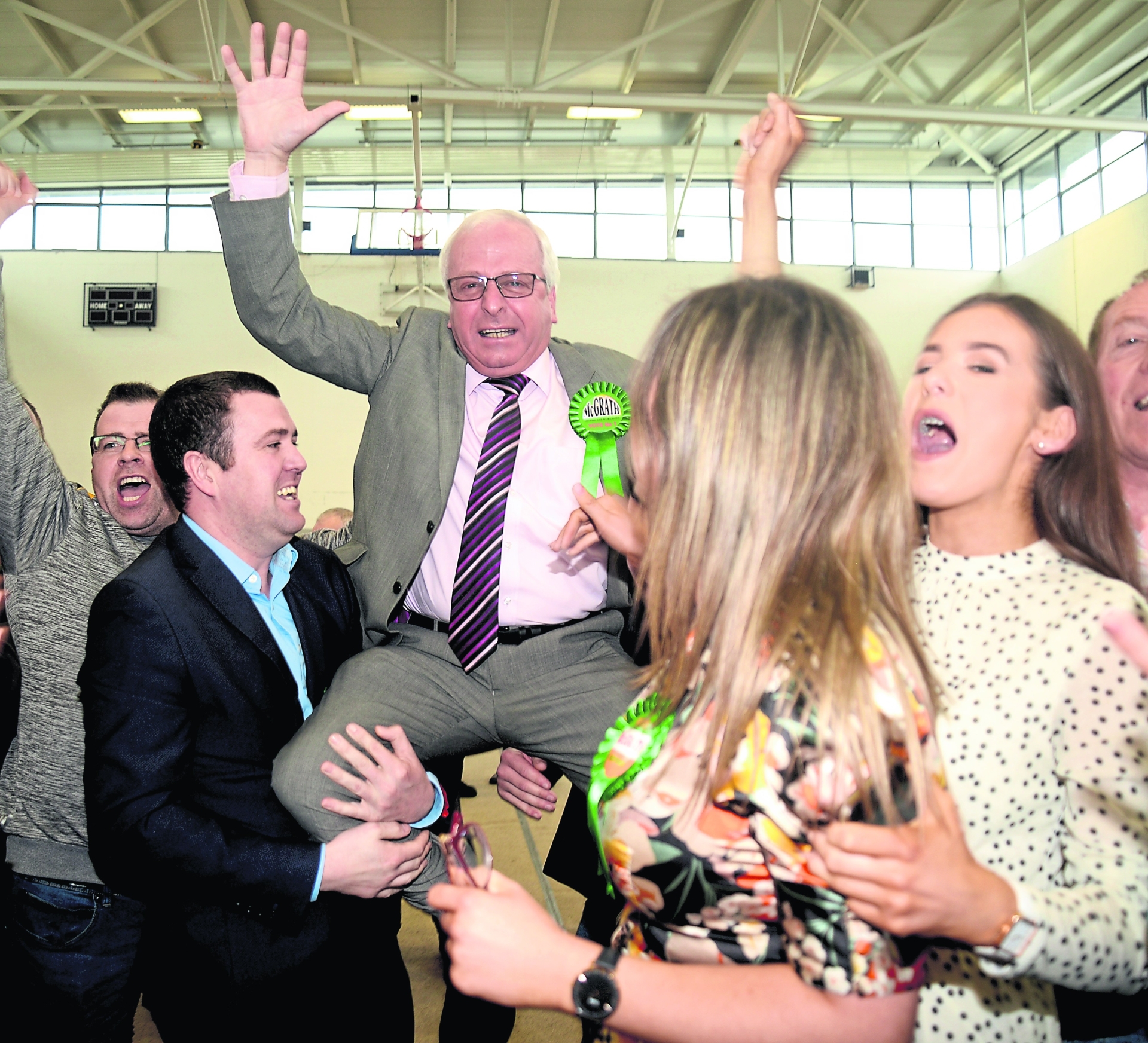 Mattie McGrath is lifted in the air in celebration after his election after the ninth count. Picture: Eamonn McGee 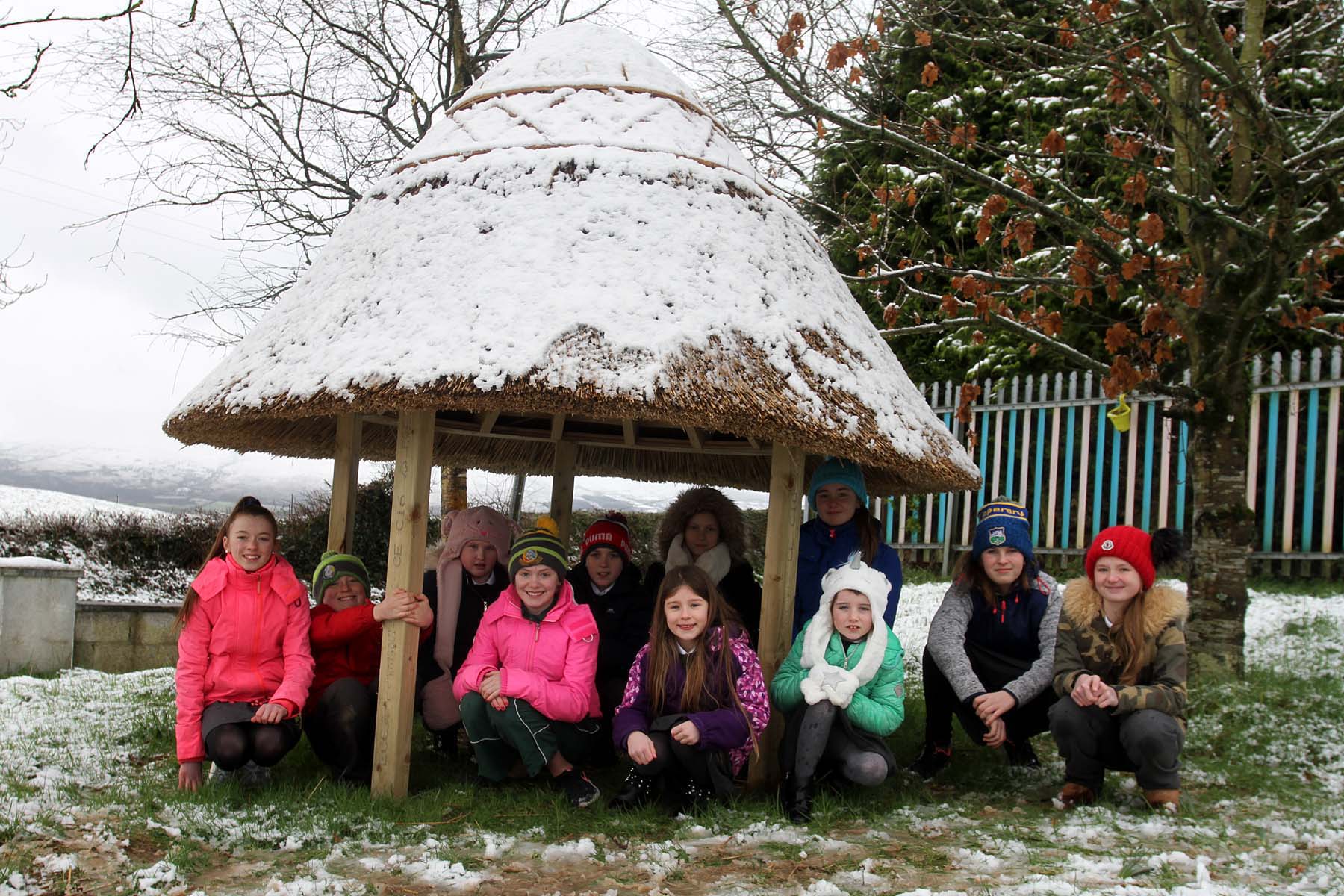 Pupils of Burgess National School outside Nenagh take shelter from the snow  on Monday morning in their recently built crannóg situated in the school grounds  Picture: Bridget Delaney