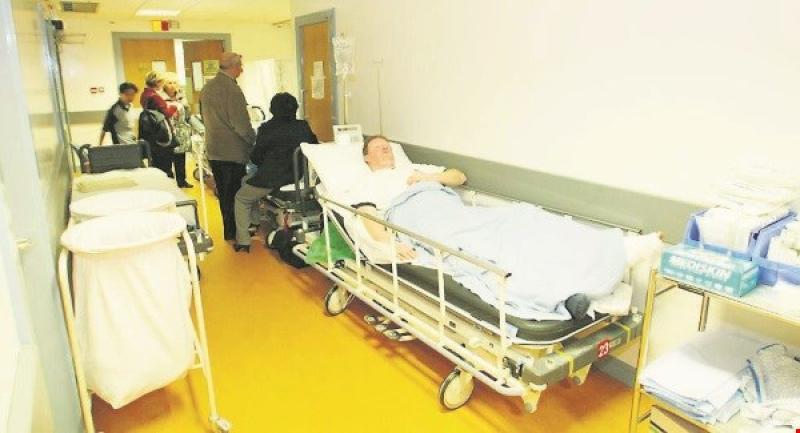 Hundreds of patients are waiting for beds at overcrowded hospitals across Ireland this morning.

The Irish Nurses and Midwives Organisation (INMO) released figures showing 331 admitted patients are waiting on trolleys, with 259 in the emergency department and 72 in wards elsewhere in the hospital.

Twenty three people are waiting at Sligo University Hospital, with 16 at Midlands Regional Hospital Tullamore and 15 at Portiuncula Hospital.

Just nine hospitals nationwide are unaffected by the trolley crisis this morning, including in Waterford, Navan, Ennis, as well as three in Dublin, two in Tipperary and one in Cork.

Less than half - 141 people - of today's figure were waiting on trolleys at approximately the same time last year.