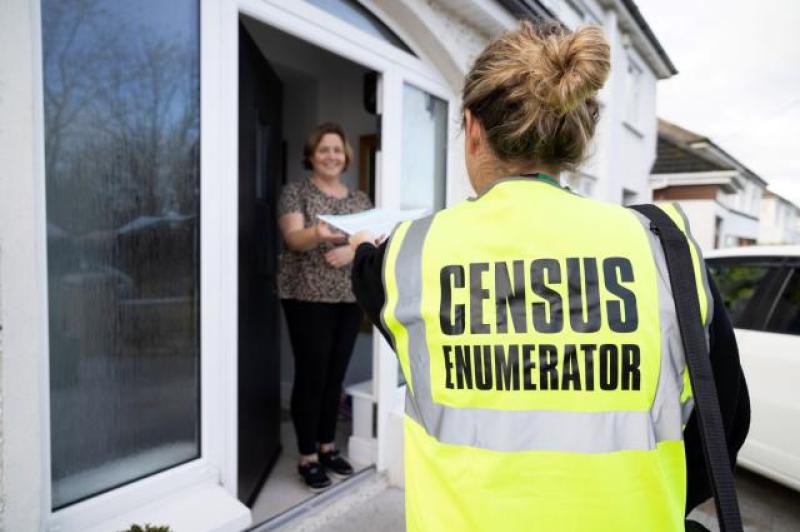 All counties in the Republic of Ireland saw their population increase, with Longford showing the highest percentage increase.

The numbers living in the State rose to 5,123,536 people on census night on 3 April, according to the Central Statistics Office figures.

This is the highest population recorded in a census since 1841 and the first time the population exceeded 5 million since 1851. 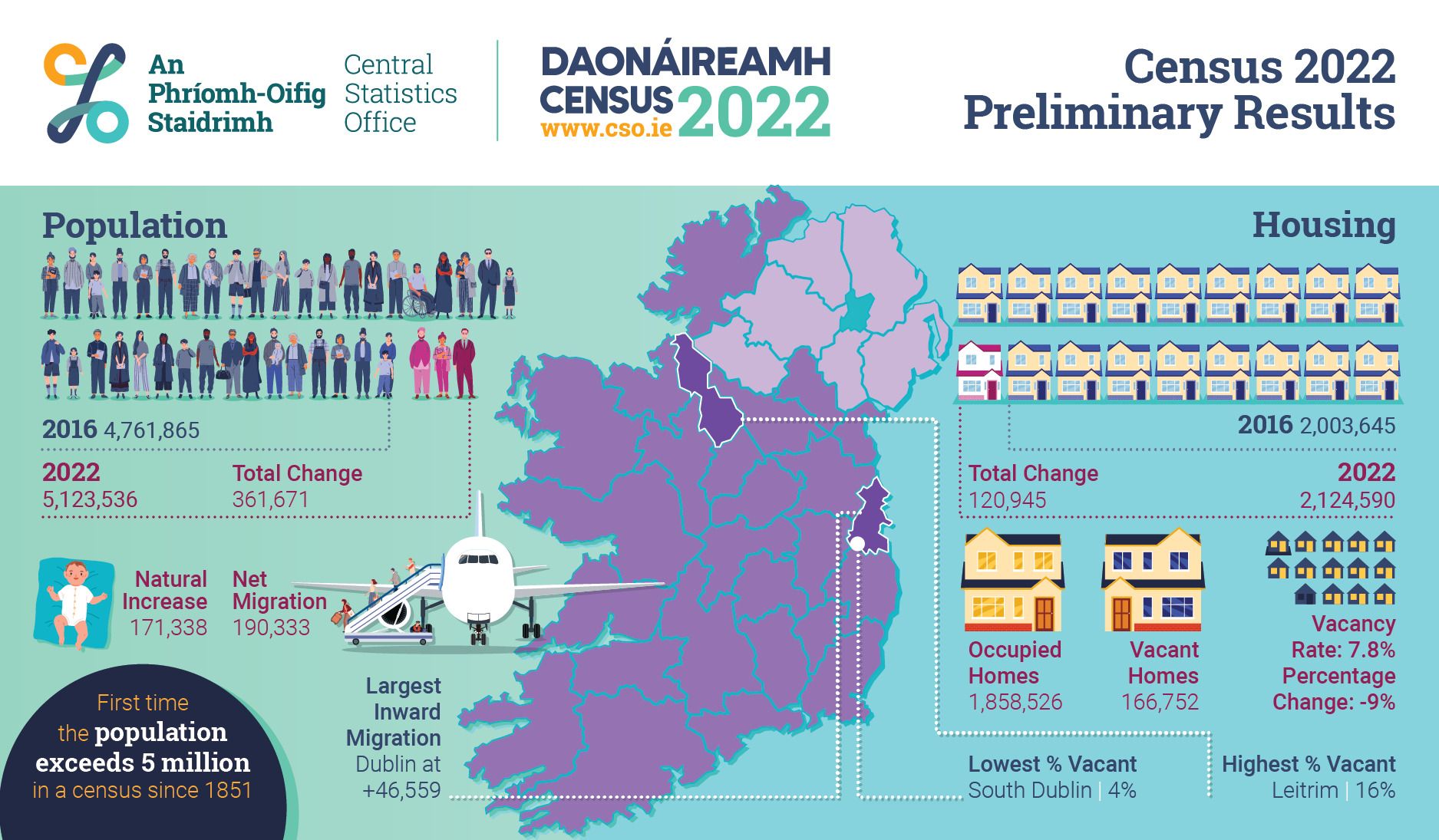 All counties show population growth since 2016.

Commenting on the release, Cormac Halpin, Senior Statistician in the Census Division, said: “The Preliminary Results show a population of 5,123,536 on Census night. This is an increase of 7.6% since 2016. It is also the highest population recorded in a census since 1841.

"The counties recording the highest population growth were in Leinster. Longford grew by more than 14%, with Meath, Kildare, and Fingal, also growing strongly. In contrast to Census 2016, when three counties (Mayo, Sligo, and Donegal) had a fall in their population, the Preliminary Results show that the population of every county has increased since 2016. In Leinster, 10 of the 12 counties showed a higher percentage increase than the national average, with Offaly (+6.0%), and Kilkenny (+4.5%), being lower.

Mr Halpin added: “The publication of these Preliminary Results, less than 12 weeks after Census night, is only possible thanks to the commitment and dedication of both our census field staff and the permanent census staff in Swords, as well as the continued support for the census from the public.

"The CSO would like to thank both the staff involved in the census for their hard work, and the public for their overwhelmingly positive response to and engagement with our national census.

"The results provide valuable initial insights into how our population and housing situation is changing and developing since Census 2016. We are busy working on the completed census forms and look forward to begin sharing the full set of detailed results from April next year,” Mr Halpin said.