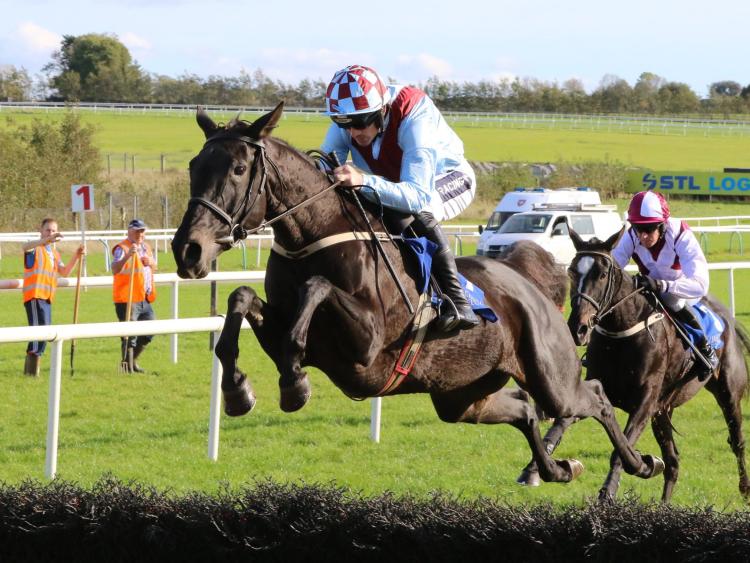 LIMERICK Racecourse will stage the first Grade 1 race to be run in Munster with the prestigious Greenmount Park Novice Chase upgraded for the 2018 Limerick Christmas Festival.

The race is the feature of the four-day December meeting which attracts thousands to the racecourse for its annual outing.

The Greenmount Park Novice Chase is the centrepiece of the high-class St Stephen’s Day card and has been run as a Grade 2 since 2002 and has been won by subsequent Grade 1 winners Sir Des Champs, Gilgamboa, Outlander and Bellshill in recent years.

Taking place over a distance on 2 miles and 31/2 furlongs, it will be run with a significantly increased value of €90,000 this year.

Patrick O’Callaghan, Manager of Limerick Racecourse, said: “We are delighted that the Greenmount Park Novice Chase has been upgraded to Grade 1 status.

“Over 20 years ago the Board of Directors had the foresight to develop a new Grade 1 facility at Greenmount Park and now we will have Grade 1 racing to match. The Greenmount Park Novice Chase has always been a distinctive race with notable winners in recent years.

“St. Stephen’s Day is a highlight on our racing calendar and we are expecting some top-quality runners due to the improved status and increased prize money on offer.

“The aim has always been to have Grade 1 racing here and it is testament to the Board and all the team that this has been achieved.”

Tipperary’s Istabraq Hurdle, named after the three-time Champion Hurdle winner who made the race his own between 1997 and 1999, was the only other race in Munster that carried Grade 1 status between 2003 and 2005, but it is now just a Grade 3.

Trainer Enda Bolger, who won the Greenmount Park in 2014 with Gilgamboa when the race was a Grade 2, believes the change is a deserved one and has set his sights on finding a novice capable of landing the 2m3½f contest on December 26.

He said: “Hats off to everyone for making this happen. It’s going to be huge for everyone in the area and it’s great that everything isn’t just being concentrated towards Leopardstown over Christmas.

“It’s a very good race at a fantastic festival and it probably deserves to be a Grade 1 as it’s been won by some top horses. All we need now is to find something good enough to win it again.”

Shane Doyle, Horse Racing Ireland's race planning manager, said: “The Greenmount Park Novice Chase has attracted Grade 1-quality runners to Limerick at Christmas for many years and with the strength and depth of the novice chase group in Ireland in recent seasons, the National Hunt Pattern Committee felt the time was right to have a Grade 1 opportunity for the intermediate-distance horses to augment the races over the 2m1f and 3m distances at Leopardstown.”

What is involved in building a fence – The fences are packed with birch, toe boards, knee boards, birch and greenery on aprons. We are constantly cutting and shaping the fences to ensure that they are ready for race meetings. On average we use 40 bunches of birch to fill a fence

Describe a typical day in the lead up to the festival – The ground is spiked or watered to the desired amount, rail is hammered into position. The fences are dressed. Wings are put on all the hurdles and fences. The distances have to be measured to precision

What happens on a race day? – The photo finish mirror is set up in conjunction with the camera man. The track is walked with Val O’Connell, Clerk of the Course and the going reports are completed and sent through to the press officer. All the staff are briefed on the starts, openings and the viewing areas. Once racing begins all the rail has to be kept in order and the jump areas need constant touching up. Loose horses to be caught and the doctors and vets to be assisted when and where possible

The day after racing, we start the repair and prepare for the next race fixture. It is a constant cycle

How many fences/hurdles in each race? There are 7 fences per circuit and 6 hurdles and it depends on the distance of the race after that

How many staff work on St. Stephen’s Day on the track? Approximately 25/30 depending on the weather…

Maximum number of horses in each race – There is a max of 16 horses over fences and 18 max over hurdles. 100 horses per day would be average here at Limerick Racecourse