Devastated family's thanks as they try to rebuild 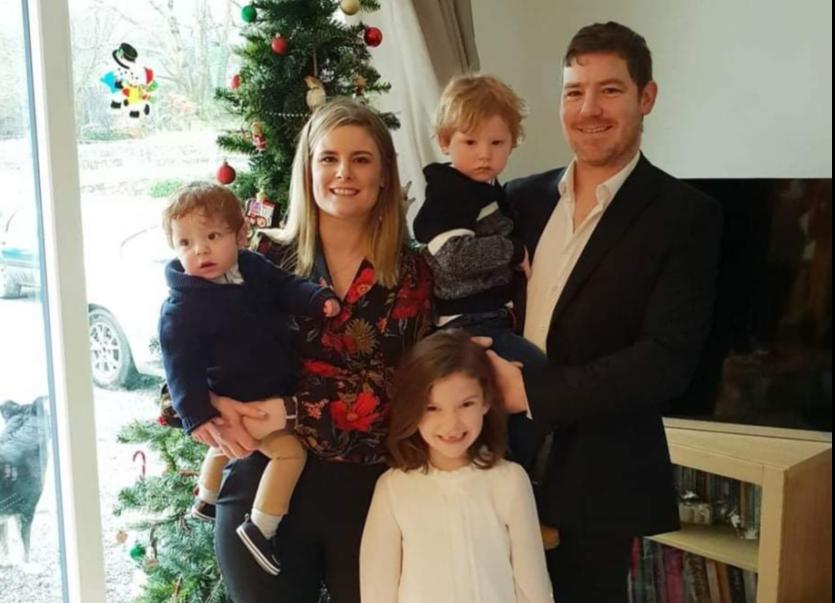 Mick, Aisling and their children Fia, Chulainn and Oran

A young family who saw their dream home burn down just days before they were due to move in have been overwhelmed by the support from their local community.

Mick Morris and his wife Aisling have spent years working and saving to build a home for them and their three young children - Mick doing much of the building work himself. But last week tragedy struck when, in the middle of the night, the almost-complete home burned down.

The family was devastated, but in the days that followed they have been overwhelmed by the generosity of family, friends and neighbours who have donated to a fund to help the family rebuild. 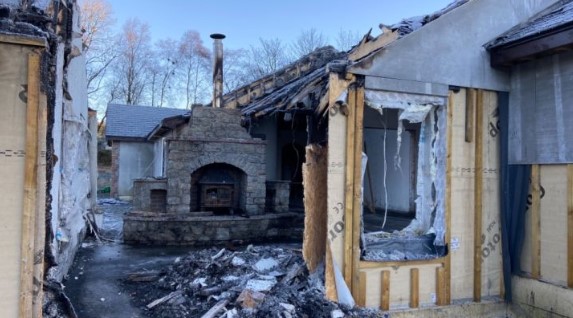 Above: The devastating fire damage

Mick, who is from Kilkenny, was building the home close to Aisling’s family in Wicklow, at Askanap Gap. After ten years of saving and planning, and two years of building in the evenings after work and at weekends, Mick, Aisling and their children Fia (eight), Chulainn (four) and Oran (two) were just three weeks from moving in when the house was destroyed.

The fire began sometime between 2am and 3am last Friday morning. The family are living nearby while the house is being built, and can see the site from their temporary home.  During the night Mick woke to get a drink. He looked out a window and saw the fire.

Units of the fire service from three stations attended the blaze, which took several hours to extinguish.

Louise Morris, Mick’s sister, described how “three quarters of the house is gone.”

“The most heart-breaking part is they had builders’ insurance the whole time they were building, but that lapsed at the end of December and they were in the process of getting home insurance in the next couple of days,” Louise explained how the house was not insured at the time of the fire. The families are trying to keep their spirits up.

Rallying around, Mick and Aisling’s families set up a Go Fund Me to help with what they know will be huge rebuilding costs. “They had come to the end of the build so 99% of the mortgage was used up and they are never going to get more money from the bank,” Louise said. She estimates rebuilding will cost more than €100,000. Three quarters of the roof has been destroyed, the floors that were laid last week, the kitchen, sitting room and dining room. There is also damage to the foundations and a structural engineer will need to examine the building before rebuilding can start. 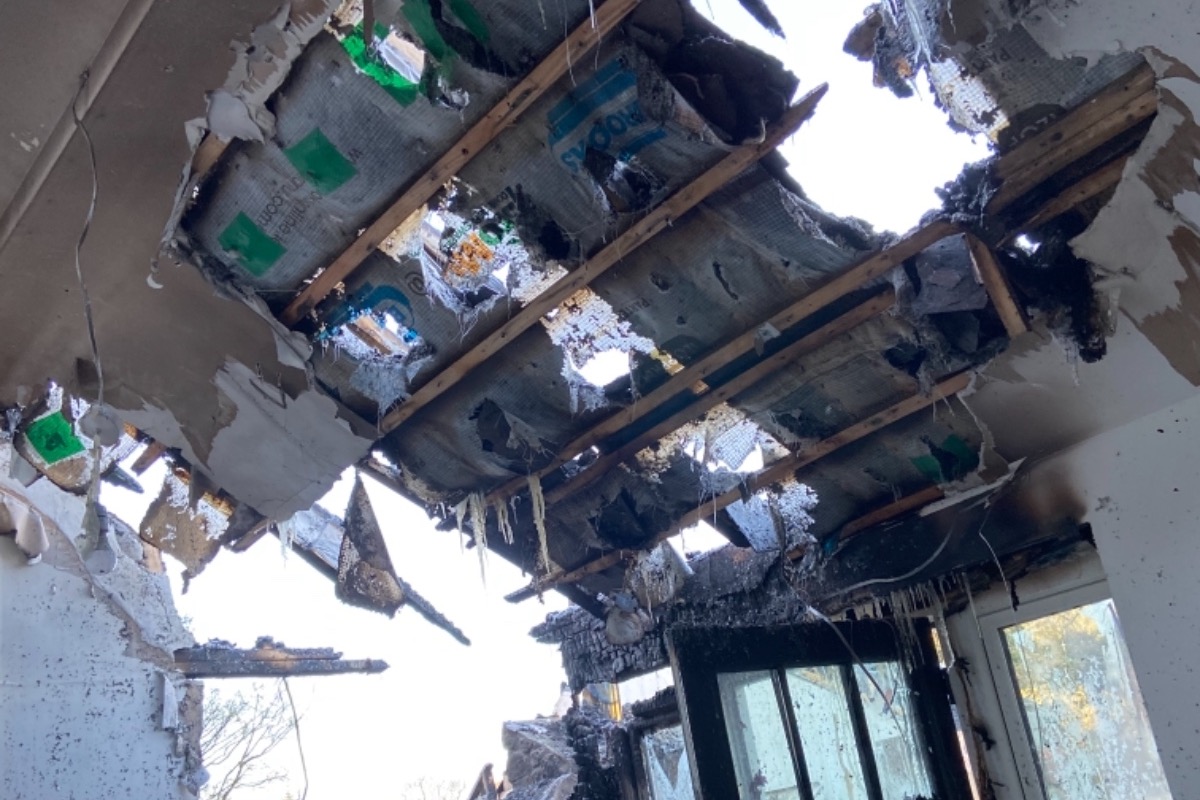 Above: Three quarters of the roof has been destroyed by the fire

Louise said the family made a lot of sacrifices to build their dream home. Mick was working full time so sacrificed spending time with his children to do the building, while Aisling took on most of the childcare. Mick, who works in the construction industry, did a lot of bespoke work on his own home.

Mick and Aisling had to be convinced the fundraiser was a good idea, by their families, as they don’t want people to feel any pressure to donate, especially after the year everyone has had. But a lot of family and friends were already asking how they could help, Louise said.

“The community where they are living is unbelievable,” Louse told The Kilkenny People. A comfort for Mick’s Kilkenny family who can’t go to Wicklow to help with the clean up or rebuild, because of Covid restrictions. Mick and Aisling, although devastated and still in shock, are so thankful to everyone who has donated, offered their time and skills and even dropped meals to the site. On Friday morning they were despondent, but as the offers of support flooded in their families could see Mick and Aisling’s spirits lift.

“It hasn’t been an easy year for people but still people are so generous to help in a time of need. It’s so lovely to see people coming together to help a young family,” Louse said. “We can’t thank people enough. We really, really appreciate it.”

For now they are concentrating on getting the fire debris off the site.

All of Mick’s tools and equipment were inside the house when it went on fire but they have been cleaned out and he hopes they will still work.

Mick, who is originally from the Callan/ Cuffesgrange area, still has many family members in the area and Kilkenny city.

If you would like to donate to the fund to rebuild Mick and Aisling’s home click here to go to their Go Fund Me page.