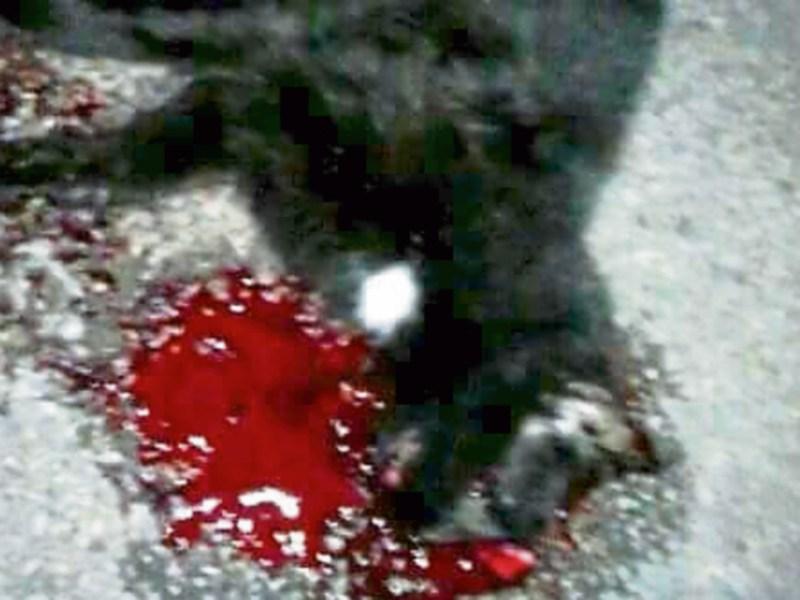 A devastated Clonmel family found their pet cat Jessie lying in a pool of blood near a Halloween bonfire.

Gardai are invaestigating reports that a firecracker was put in the cat's mouth and set alight and  that attempts were made to throw dogs onto the nearby  bonfire located at the Wilderness area in Clonmel.

A volunteer animal rescue worker Mary Williams described the act of cruelty as “barbaric, it is the worst I have come across in the town.” .

“The family who owned the cat are just in a state of shock. There   are young kids in the family and they are so upset”, said Mary who spoke to the family after they had  found their cat .

“The people who did this are just sick and dangerous. What kind of mindset does a person need to  do such a thing. To think there are people walking around capable of doing such a thing  to a defenceless living animal.

These kind of people just do it for a laugh and they are capable of doing worse”, said Mary.

She appealed to people who were in the vicinity of the Halloween bonfire to assist the Gardai in their investigation of the incident.

Mary, who has  looked after lost and abandoned cats and dogs for a number of years ,said it was an horrific act of cruelty.

“There are reports that attempts were made to throw  dogs into the bonfire and people were horrified by what was going on”, she said .

Liz Davies said she was very angry over the cruelty shown to animals in the area on Halloween night.

She said an attempt was made to throw her daughter's dog Tyson onto the bonfire.

“A young man intervened  and saved Tyson and we are indebted to him for what he did.

“He saved the dog. If anything had happened to Tyson my grandson would have been absolutely heartbroken” said Liz.