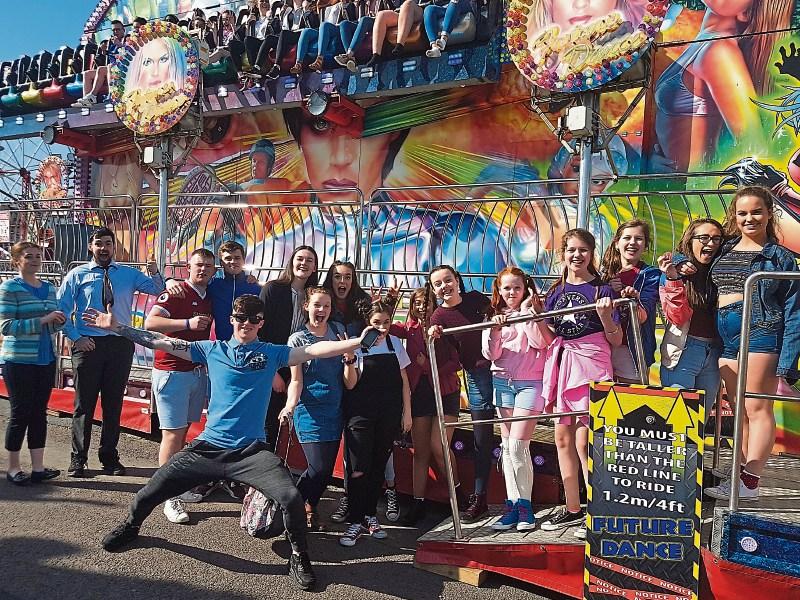 The Senior Class of Carrick-on-Suir's Rising Stars Variety Group are staging the final two performances of their production of the Willy Russell play "Our Day Out" at Brewery Lane tonight (Friday) and tomorrow (Saturday).

The opening night of the hilarious and uplifting drama was last night Thursday.

"Our Day Out" tells the story of a remedial class of Liverpool teenagers, who are taken on a coach trip where they are unleashed on an unsuspecting café, zoo, beach and funfair where they bicker, fool around, smoke, steal and get lost.

The cast travelled to Tramore last Saturday to film the fairground scene of the show.

Ruthie Raggett plays Mrs. Kay, the carefree teacher of the class, while the ever so strict Mr. Briggs is played by James Dowley.  Reilly, the ringleader of the class is played by Waterford native Steven Greene. Linda, who is in love with teacher Colin, is portrayed by Kayleigh Cronin-Carroll. Emily and Sarah O’Keeffe are the bored girls. The remainder of the ‘kids’ are played by Amy Brady, Sophie Brady, Liadhain O’Shea, Caoimhe O’Shea, Ellie O’Dwyer, Kerry O’Mahony, Bernadette Simpson, Keeleigh Rockett, Daniel Fiddis, and Jeffrey Power. Caolán Deehy-Power and Daisy Geoghegan play Colin and Susan, the lovebird teacher couple.

Brewery Lane actor Wattie Dunphy plays the bus driver with Benny Raggett taking on the roles of Les the Lollipop Man, the (female) café owner and the zookeeper.

The show starts at 8.15pm each night.