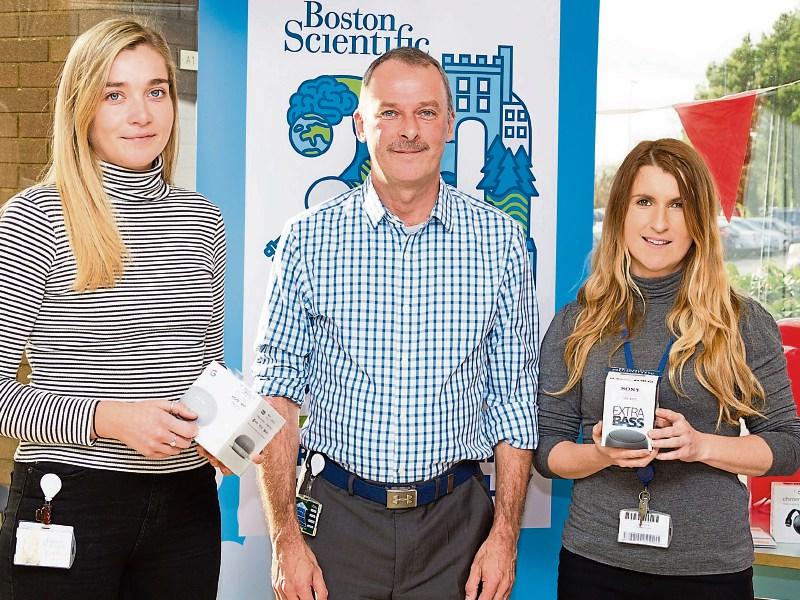 Boston Scientific in Clonmel is celebrating its 20th anniversary. The first group of employees was hired on the  November 2, 1998 and the site on the Cashel Road currently employs close to 1,000 people from Clonmel and its environs.

The site manufactures medical devices including pacemakers and defibrillators for cardiac rhythm conditions such as sudden cardiac death and atrial fibrillation,  deep brain stimulators for movement disorders including Parkin- son’s disease and spinal cord stimulators for chronic pain. Earlier this year, the site reached the milestone of impacting over two million patients worldwide with devices manufactured and distributed by the Clonmel facility.

The week started with each employee receiving a branded jacket or hoodie as a gift to mark the occasion. On Wednesday, Conor Russell, vice-president, Operations for Boston Scientific, hosted lunch for a group of external guests including  Seamus Healy, TD and  Richard Molloy, Mayor of Clonmel as well as other guests from the local community including the local council, schools, businesses, Clonmel Chamber, the fire services, the Gardai, South Tipperary General Hospital, IDA and various local charitable organisations including Rehab and the Cancer Care.

The guests were given an insight into the life-changing impact that the plant and its deeply talented and engaged employees have on transforming the lives of patients worldwide and whilst also providing quality employment and support to the local community.

On Thursday, local radio station Beat FM came to site and broadcasted live from the ‘Boston Bistro’ whilst a celebration lunch and open employee draw of wonderful prizes was held to recognise the dedication and hard work of the Clonmel employees over the past 20 years. Prizes included Smart TVs, iPads, laptops, games consoles and other goodies but the most popular prizes were the week’s   additional holiday won by four  lucky recipients. Employees were also given a reusable bamboo tea/coffee mug as part of Boston Scientific’s corporate com- mitment to become carbon neutral by 2030 and efforts towards sustainability.

On Friday   the celebrations culminated with a  special lunch event recognising the original group of 20 employees   hired in November 1998. They were presented with a gift that recognised  the rest of the site was “standing on the shoulders of these giants”  in all that has been achieved in the past 20 years.

Conor Russell said: “I am extremely proud of the site, its employees and Boston Scientific’s contribution to its patients and the local community of Clonmel. I would like to specifically recognise the unique talents and on-going dedication of all of our employees to enhancing the lives of so many people in need of our therapies.” In September, the Boston Scientific Clonmel site began groundworks for a $12m facility expansion for future manufacturing and supply chain growth opportunities.

Boston Scientific  employs over 5,000 people in Ireland at its facilities in Clonmel, Cork and Galway. For information on career opportunities,  visit the Careers section at www.BostonScientific.com.