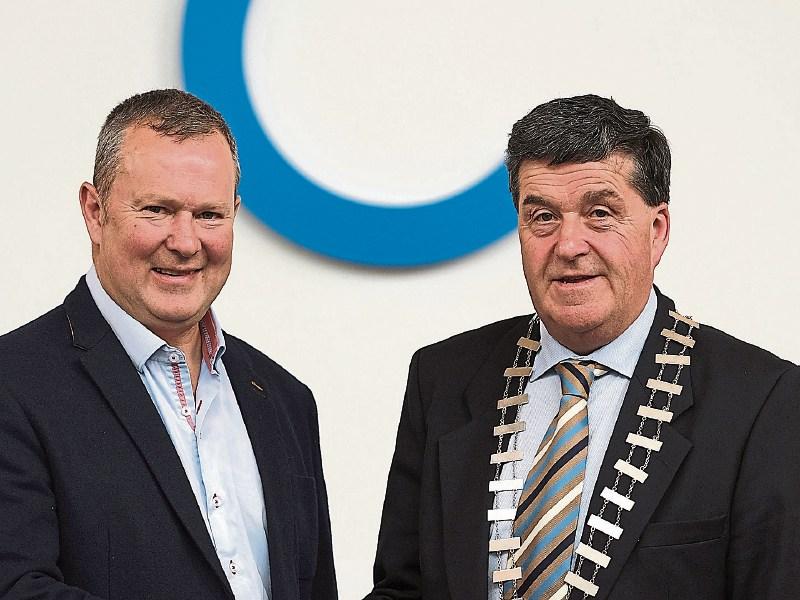 Cllr Carroll from Kilcoleman outside Nenagh, takes over from Fine Gael's Cllr Phyll Bugler from Ballina. He was proposed by Cllr Mattie Ryan and seconded by Cllr Fiona Bonfield.

Ahead of the elections, Sinn Fein's Cllr Morris again made known his views that his party favoured the d'Hondt method of electing MDC chairs.

He said he had decided to abandon his opposition to how chairs were selected and would not oppose Cllr Carroll's nomination.

Cllr Carroll described it as a “great honour” to be named as Cathaoirleach.

Cllr Carroll said he he would fill the role with “vigour and enthusiam”, saying they were now in an era of “great cynicism about politics”.

The Fianna Fail councillor was first elected to North Tipperary County Council in 1999 and served as its Cathaoirleach on one occasion.

He set out his stall following his election, putting a huge emphasis on the environment and the regeneration of local towns and villages.

A long-standing outspoken councillor on littering, he said there was a need to focus on the “tiny minority” who continued to dispose of their litter with little care or understanding of the impact on the local economy and environment.

“I will continue to highlight the need to provide new measures such as drones and hidden cameras to identify this tiny minority and to publicly name and shame them,” he said.

Also on the environment, he said he would highlight the contiuned focus on the potential of renewable energy throughout County Tipperary.

And he said there was a need for all new housing developments being provided by the State to have solar panels, resulting in cheaper energy for tenants.

In relation to tackling rural decline, Cllr Carroll said that the issue must be tackled at national level, but the local authority had a role by ensuring its revised county development settlement strategies were innovative and allowed for the upgrade of waste water treatment systems.

“Continued rural decline must be tackled and not talked about,” he declared.

He also called for an upgrade of community facilites to allow for greater sporting and recreational facilities.

Cllr Carroll called for continued focus on developing tourism in the MDC area along Lough Derg and fast tracking the bylaws within amenity areas to alleviate the frustration of local development groups and organisations.

The new Cathaoirleach also emphasised the need to start the refurbishment of larger town centres, especially footpaths, and thanked the business people of Nenagh for their patience while the town's gas and sewerage works were being carried out.

Another priority of Cllr Carroll's will be tackling speeding and bad driver behaviour.

Cllr Carroll was congratulaed by his fellow councillors, with Cllr McGrath saying both he and Cllr Morris had the same social conscience.

Cllr Michael O'Meara said he was delighted Cllr Carroll was making litter a priority as it was becoming a “huge problem”, while Cllr Ger Darcy stressed that Cllr Carroll's strong point was his environmental awareness.

This was also highlighted by Cllr Phyll Bugler.

Cllr Joe Hannigan described Cllr Carroll and Cllr Morris as “two good guys” who had a lot of experience.

Cllr Morris pointed out that the MDC had a huge area to cover and there was a lot of work that needed to be done.

Both councillors were also congratulated on their elections by district manager Marcus O'Connor.