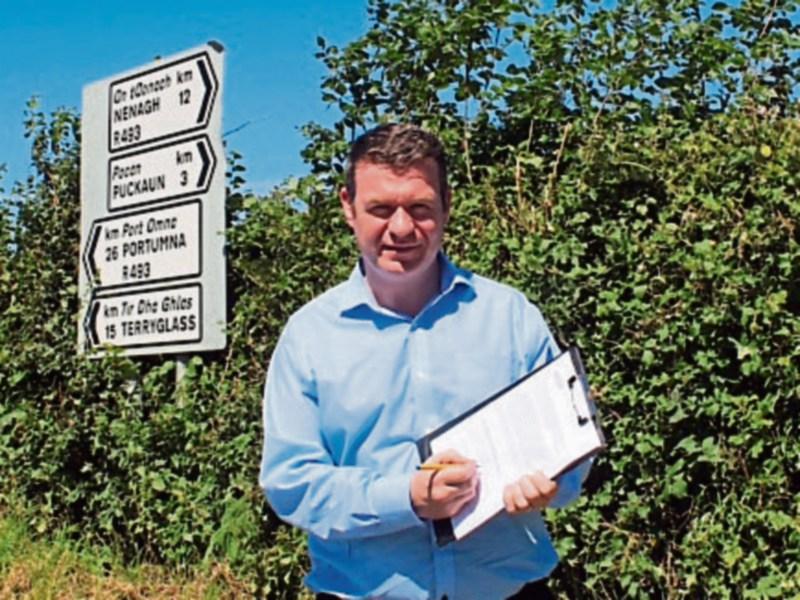 While Deputy Alan Kelly welcomed the decision to bring Lower Ormond back into Tipperary, he is “deeply upset” that Newport and Birdhilll are going to Limerick

The Labour TD campaigned hard to have Lower Ormond returned, organising a petition which was signed by 1,500 people.

He also made a lengthy submission to the Boundary Commission lastJjanuary calling for on eTipperary constituency.

He pointed out that the people in Lower Ormond felt disenfranchised, angry and bemused.

“It is my strong contention that the Commission should provide for a single five-seat constituency for the entire county of Tipperary by recommending that the 24 electoral divisions currently in Offaly constituency be transferred to the Tipperarary constituency,” he submitted.

“I very much welcome the decision by the constituency commission to bring Lower Ormond and its environs back into the Tipperary constituency,” he said this week. “This is something I campaigned for and submitted a petition to the Commission on.”

Deputy Kelly said that he was alone among Tipperary TDs in doing so, saying it was something he researched for some time and put forward both legal and moral arguments as to why the area should be put back into Tipperary.

“I asked the people of Lower Ormond to support me on this and almost 1,500 did so by way of a petition I organised. I want to thank them all for their support and in particular the many local businesses who organised the petition for me,” he said.

The Labour Spokesperson on Jobs, Enterprise and Innovation sait that it was always totally wrong that over 10,000 people were moved into Offaly.

“They were furious at such a move, and it didn't make sense particularly as the county council and VEC mergers created an alignment of services in Tipperary and this went totally against this,” he said.

Deputy Kelly said he was “deeply upset and annoyed” that the Commission had decided to move Newport, Birdhill and some related areas into Offaly. This is a disgraceful move.

The very correct reasons given for moving Lower Ormond back into Tipperary were contradicted by their decision to move the Newport and Birdhill areas into Limerick, said Deputy Kelly.

“These areas part of Tipperary. They are not part of Limerick. I've represented the people of this area for a decade and they've been good to me,” he sad.