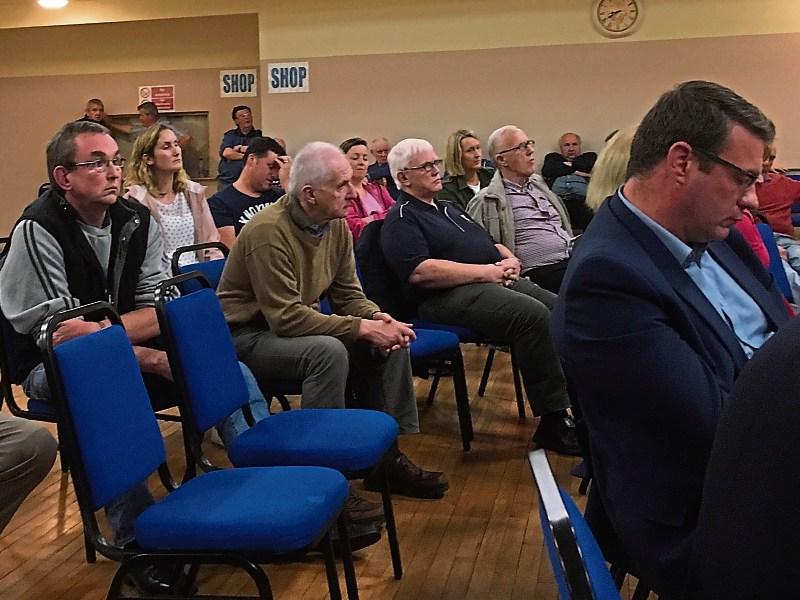 The community of Newport is a step closer to achieving its dream of having its own town park and playground with the unveiling of a design for the facility.

A packed community hall was shown details of the initial plans by consultant Nicholas de Jong, which were by and large, warmly welcomed.

However, there were some concerns over privacy for residents in Mulkear View, which will overlook the site.

The site forms part of the unfinished estate, which Marcus O'Connor, Nenagh municipal district council manager, revealed had cost the council €330,000 to purchase.

Former Minister for the Environment Alan Kelly provided €325,000 through the Limerick Regeneration Hinterland Fund, and this will be matched by the council.

One of the benefits of the site is that it is close to the town centre and leads down to the Newport River, he said.

Mr de Jong revealed that the optional plans for the facility include a BBQ area, a sensory garden, community orchard, zipwire, a skatepark and MUGA zone, a play area, bandstand, amphitheatre and a riverside lookout point.

Among the challenges he had faced drawing up the plans were the playground committee's desire to minimise anti-social behaviour, for the entire site to be used, that it would cater for children with special needs and would have a central focal area.

He pointed out that while flooding was not a major issue, it would need further study and there were some ecological constraints in that the site was part of the Lower Shannon Special Area of Conservation and some giant hogweed plants would need to be eliminated.

Local Labour councillor Fiona Bonfield, who has been behind the project from the start said: “I am impressed with the plans. We have waited a long time for this and it covers everything.”

However, one person said the park was not in the town centre and because Mulkear View overlooked it, the resients felt they would be “living in a fish bowl”.

“We are essentially living in the middle of the park. I want to be positive, not negative. You don't want to hear kids scraming and laughing when you go outside to have a cup of coffee,” they said.

Another person said there had to be some level of privacy.

“Nobody wants somebody looking in their window,” they said.

However, Mr de Jong thought it was a good thing that the park would be overlooked by housing.

Another resident had concerns over reports that 12 social houses were to be built in Mulkear View. Mr O'Connor said that was a separate project as the council didn't want to slow the park project.

“There will be a separate consultation on housing and that will be limited by the park,” he said .

Mr O'Connor told the meeting that the council was not looking at having a full time caretaker in the park, and would need the help of the local community for maintenance. However, grass cutting may be contracted out.

He invited members of the playground committee to visit a number of other parks and playgrounds and look at what type of equipment they would like to see in Newport.

Subject to finalising an initial design and going to Part 8 public consultation, Mr O'Connor estimated that the project would be ready to go to tender in April 2018, with the contract being signed in June and the park opening in the spring of 2019.

Local TD Alan Kelly described the design as “excellent” and thanked Mr O'Connor for his input.

He said the meeting was a “critical milestone” in realising the project.

As an early indication of Newport being hived off into Limerick for the next general election, the meeting was attended by Labour's Jan O'Sullivan, Fianna Fail's Willie O'Dea and Sen Kieran O'Donnell of Fine Gael, who said if there was any shortfall, “come back to us”.

Mr O'Connor pointed out there would be a shortfall as the project would cost around €1m and the council would be “looking foir extra money”.