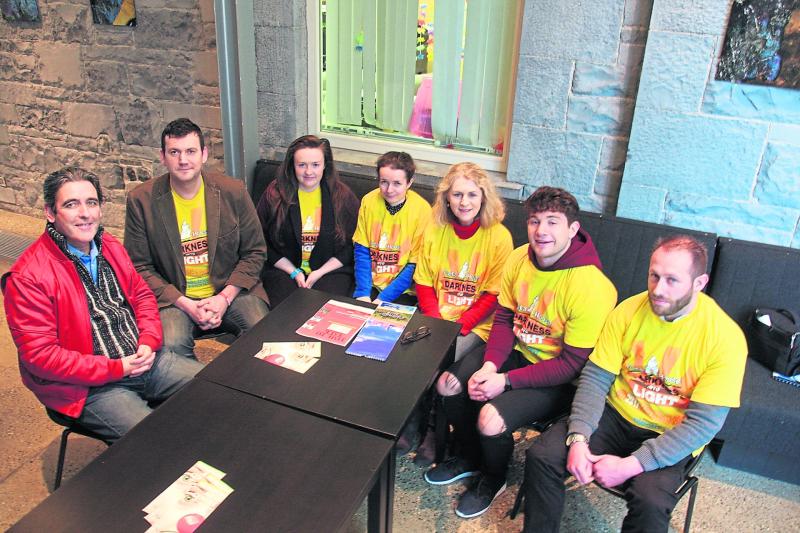 All-Ireland winning hurler Niall O'Meara will be among the guests to speak at a major event in Nenagh on mental health and the community.

The Kilruane MacDonagh man will talk on suicide and how his brother, Paul's, death affected his family and the local community.

The event, Time to Talk, Promoting Positive Mental Health, is being facilitated by the local branch of the Labour Party,, with funds raised going to Pieta House.

Also speaking will be Brendan Murphy, chair of Nenagh's Darkness into Light committee and Sen Aodhan O Riordain.
Nenagh musician Sean O'Connor, a former psychiatric nurse and psychotherapist, will also take part in the event.
Niall told the Tipperary Star he had had a “few setbacks down the line”.

“My brother, Paul, committed suicide a good few years ago and I have been working as a teacher and with different organisations that promote positive mental health. I am more than delighted to help because I know the work Pieta House is doing. It’s brilliant.”

He hoped the evening will “stop things that happened to us down the line”.

“I find that if there are nine good comments you remember the one bad comment so that is the importance of positive mental health,” said Niall.

He described the importance of sport and mental health as “massive. You have good days and bad days in sport, and it’s like life.”

In sport, you are always aiming to win but you don’t always, he said.

“You have to reflect on the good times and the bad. It’s that one good feeling every two or three years that keeps you going. It’s unreal to think we won an All-Ireland in 2016 and to get back there again, the positivity of that to get us back training again this year is great,” he said.

The Newport primary school teacher said that he tells his pupils kids if there is ever any issue to come to him or go to your parents, whom ever you can trust in the community.

While in sport, you always have friends on the team, Niall said people should remember the community is also a team.

“Somebody not involved in sport should be able to turn to their community,” he said.

One of the organisers of the evening, Aisling Horrigan, said that while the idea for the evening was raised at a Labour Party meeting it was not a political event. It was to get the community involved.

“We thought it would be nice to get more younger people involved because there are not that many activities in Nenagh for young people, so we spoke about how popular Darkness into Light is and we felt with it coming up and they celebrating their 10th anniversary that it would be very nice to kind of have an event before their walk to draw attention to it and to make people more aware of it,” she said.

We think mental health is very important among young people at present. We think it is very important that they feel that they can talk to somebody and that they are not alone. We just want to promote that message,” said Aisling.
She said that they were hoping to attract younger people to the event, maybe teenagers in secondary schools around the area or those who may be doing exams and feel under pressure and under pressure with regard to social media.

Brendan Murphy of Nenagh Pieta House Darkness into Light Walk committee said that an event like this brought the community together.

“There is nobody untouched by suicide. I think that it is important that people who are going through depression and suicide see people pulling together and raising awareness. There is help there.

Brendan highlighted how important funds raised through Darkness into Light were to Pieta House, explaining that it cost €1,000 to put someone through their programme.

“I think it is really important that people share their experiences in something like that, to listen to the experience of others,” said Sean.

“People can feel quite awful and powerless in the face of serious mental health issues, but they are all around us. What I learned in my time in psychiatry is that human beings are incredibly resilient. We need to latch on to that. It gives us more hope that no matter what is going on in our lives we have the potential to pull through and they pull through by linking with others more than anything else. It is very hard to do it alone,” he said.

Time to Talk, Promoting Positive Mental Health, takes place on April 19 and will start from Nenagh Arts Centre at 6pm with a walk, returning to the centre at around 7pm for the main event which begins at 7.30pm. Admission is free but people can make a donation to Pieta House on the night. Darkness into Light takes place on May 12.