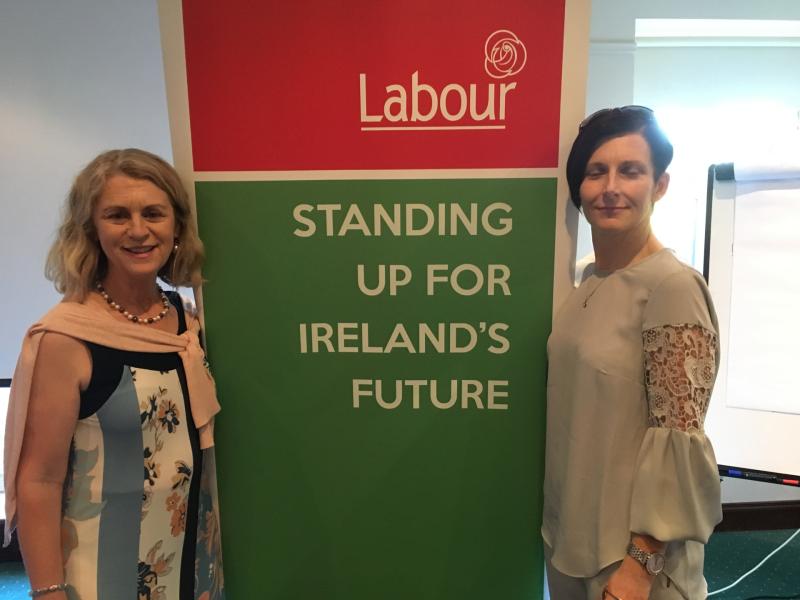 Cllr Fiona Bonfield, right, with former councillor Virginia O'Dowd who have been selected to run for Labour in next year's local elections

The Labour Party in North Tipperary has selected its candidates to run in next May's local election following a selection convention in Nenagh this Friday.

Newport-based Cllr Fiona Bonfield, who was elected on her first attempt in 2014, will contest the Newport electoral area.

Ms O'Dowd lost out at the last local elections in 2014 when Nenagh was merged with Newport and became a nine-seater municipal district council area.

Following a Boundary Commission review this year it was decided to split the area into its old constituent parts of Nenagh / Borrisokane and Newport / Ballina. Under the change, the Nenagh electoral area will return five councillors with Newport being served by four councillors.

The selection convention in the Abbey Court hotel was chaired by former Labour TD for East Clare Michael McNamara and attended by local TD Alan Kelly and constituency chairman and former councillor Sean Creamer from Portroe.