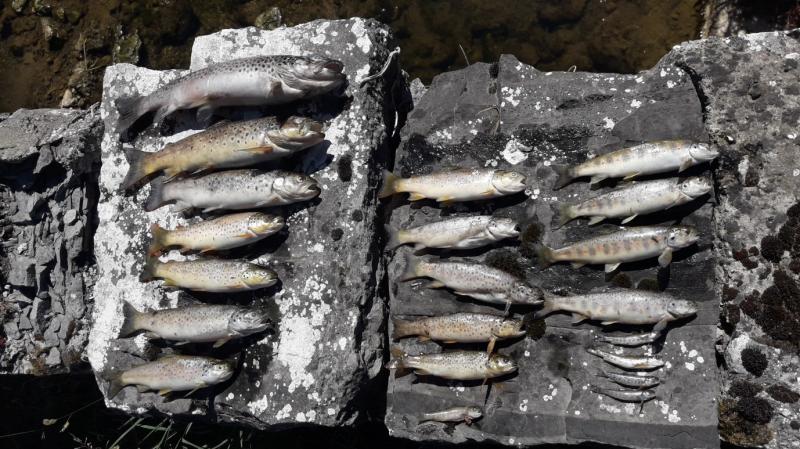 Salmon and trout killed on the Ollatrim River

The fish kill that wiped out close to 15,000 fish on the Ollatrim River outside Nenagh last week was described at Nenagh Municipal District meeting as being "almost like a chemical attack".

The exact cause of the pollution has not been ascertained as yet by Inland Fisheries, but a herbicide or pesticide spill is thought to be the likely cause.

"I am frustrated by our inability to protect nature in our lakes and rivers," said Cllr Seamus Morris. "It was almost a chemical attack on 5km of the river."

Cllr Morrris pointed out that it had been the third fish kill in Tipperary this year and said anglers have said that it can be hard to source such incidents because State agencies work 9-5, Monday to Friday.

"We have put huge investment into our rivers and to lose 15,000 fish is very frustrating," said Cllr Morris, who suggested the council hold a special meeting on the issue.

Cllr John Carroll said he could understand when such incidents happened after heavy rainfall and there would be a runoff, but this latest incident had happened in a dry spell.

He wondered if the council needed extra staff to cope with the problem. Calling for the results of the Inland Fisheries investigation to be given to councillors, he said: "No one has the right to wipe out a whole habitat."