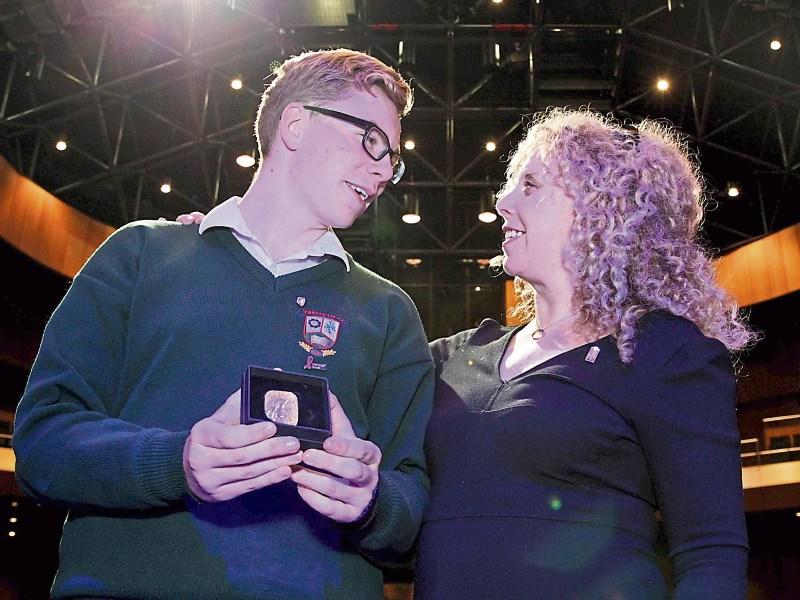 A Borrisokane Community College student is following in his mum's footsteps as he prepares to go for his Gaisce gold medal.

Lorcan Tuohy, 17, who is sitting his Leaving Cert next June, received his Gaisce silver this month and is aiming to take the next step in his Gaisce journey by completing his gold award.

His mother Sinéad, a native of Cashel, received her gold award from President Mary Robinson when she was in her early 20s.

“Achieving my silver was big. I didn’t really think once I had done silver that I would really go for gold, but upon recap, even though I’m only into my first few weeks of it, I’m loving it,” said Lorcan.

“ I’m sitting my Leaving Cert next June, but I’ll still continue with my Gaisce and finish it out. Going for the gold is huge for me, especially since my mother went for it as well, I’m kind of inspired by her,” he said.

Mum Sinead said that she was 21 or 22 when she finished her gold award.

“When I look back on that time I feel so much pride in having achieved it,” she said.

Sinead said that the sense of self belief that you get from completing your Gaisce journey, initially with bronze, following with silver, then with gold was amazing.

“You feel so proud to stand and say: ‘I did this’, and then when you come up against things in later life, and think: ‘Oh, I’m not so sure I can do this’, you remind yourself that you can. I’m even more proud now that Lorcan has achieved his silver and is going for gold,” said Sinead.