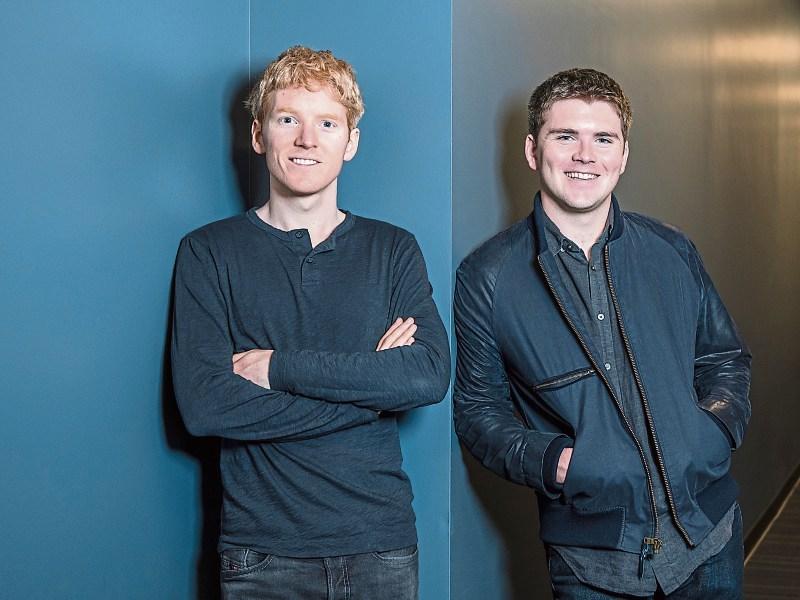 Billionaire brothers John and Patrick Collison have revealed how computer programming books in their local library in Nenagh helped put them on their path to starting a multi billion dollar company.

John and Patrick Collison from Dromineer sold their first company while still in their teens before going on to set up online payment firm Stripe in 2010.

Six years later the brothers became the world's youngest self made billionaires and by January 2019 their company valuation had increased to €19.8billion after an additional round of funding.

The brothers were among the guests for the season finale of The Late Late Show on RTE on Friday night where host Ryan Tubridy kicked off the interview by quizzing the brothers on whether Limerick or Tipperary can truly lay claims to them as one of their own.

Despite the grilling, the Tipperary born brothers remained diplomatic in their response joking that after the hurling success of Limerick last year they were shouting for the Treaty City but that their early years spent in their local library in Nenagh had laid the foundations for their future careers.

The brothers admitted they spent every day after school in the library with Patrick telling the audience: “I suspect they were sick of us by the time we eventually left.”

The duo grew up in Dromineer where their father ran a hotel and attended the Gaelscoil Aonach Urmhumhan in Nenagh before going on to complete their secondary education at Castletroy College in Limerick.

After dropping out of MIT, Patrick set up his first software company called Shuppa with younger brother John, eventually selling it to a Canadian company for €5 million.

They then went on to set up online payments firm Stripe following backing from Peter Thiel and Elon Musk.

Stripe is headquartered in in San Francisco with hubs in Dublin and Singapore as well as a number of other international offices.