400 people travel by train from Tipperary to go ice skating 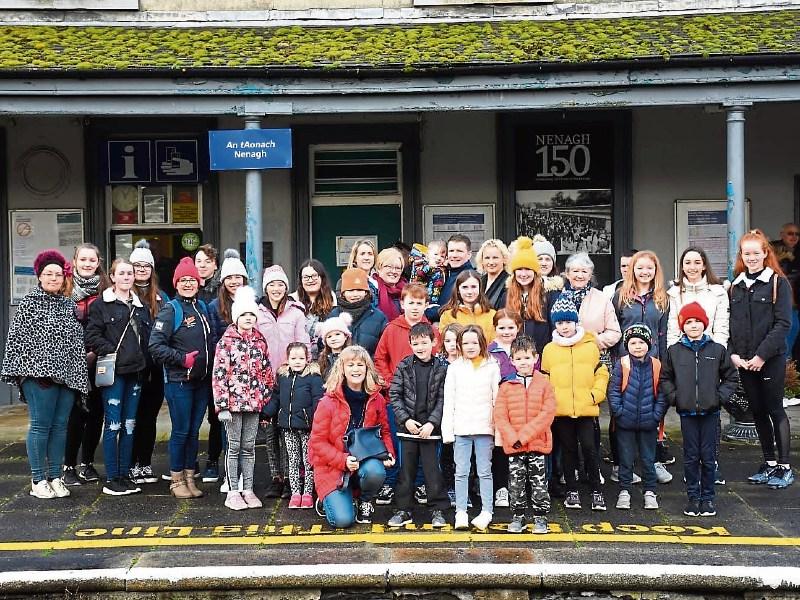 Some of the 100 people who travelled by train from Nenagh to Limerick on Ice last Saturday, with organiser Virginia O’Dowd

More than 400 people went ice skating to Limerick by train over the holidays as part of this year's North Tipperary Community Rail Partnership community days out.

This was the partnership's 16th trip to Limerick on Ice.

The event was tinged with sadness following the death of Cloughjordan organiser Duncan Martin before Christmas, and Nenagh's Virginia O'Dowd paid tribute to him for all his work over the years.

"Duncan was synonymous with rail in Cloughjordan and put a huge amount of time and effort into organising the trips. We will all miss him," she said.

She thanked Deirdre O Brolcháin for looking after the Cloughjordan trip on the day.

She also thanked Sheila Bohan for organising the Roscrea day out.

Ms O'Dowd thanked Irish Rail staff Ger Tuite at Nenagh station and Mike O'Regan on board the train, as well as newly appointed area manager, Jim Dempsey, who put on a three-carriage train for the week.

"This was greatly appreciated and the carriages provided a very comfortable journey," she said.

Limerick on Ice came on board once more with a special entry ticket of €10 to all those who travelled.

Ms O'Dowd pointed out the fantastic value using the train service, with a return ticket to Limerick from any station on the line costing just €6 for adults and €3 for children.

"I would encourage people to explore taking the train if possible, as these fares make it very attractive to use," she said.