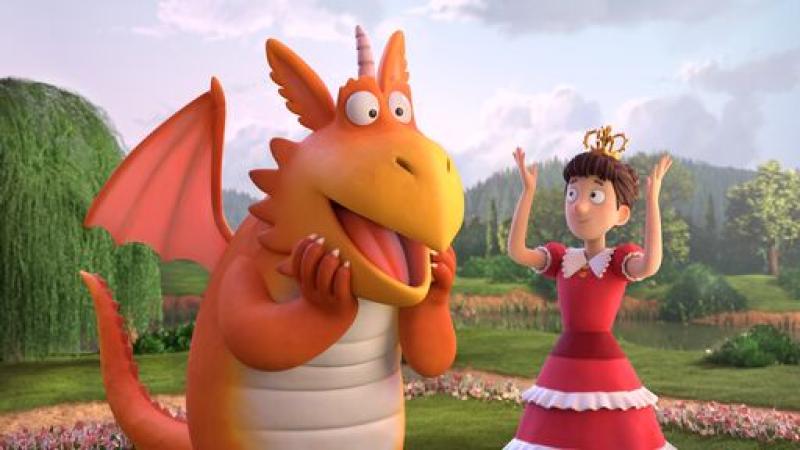 Zog, a film about an accident prone dragon, is sure to be a hit among young viewers

Nenagh Arts Centre is set to screen the first animated feature by Lotte Reiniger, a German artist whose work predates Walt Disney, as part of its inaugural Children’s Film Festival.

Screening online from June 12 to June 14, the film festival aims to bring children across Ireland together during a time we must stay apart, to delve into the magical world of youth cinema.

The three-day festival will be hosted on an online Virtual Festival platform and boasts a vibrant line up of 37 films from Ireland, Russia, India, Germany and more, suitable for children of a pre-school age and upwards.

“We are so excited to be screening so much amazing work from near and far,” said Eva Birdthistle, Artistic Director of Nenagh Arts Centre.

“We can’t wait to show our young Irish audiences work that hopefully will entertain and inspire in equal measures, such as the creative animation by Lotte Reiniger, a genius of her time. Even though ‘The Adventures of Prince Achmed’ is nearly 100 years old, it is as creative today as it was back in 1926.”

On Friday at 6.45pm the film festival is thrilled to screen ‘Lotte: That Silhouette Girl,’ a short documentary on the remarkable Lotte Reiniger and her mastery of paper figures and stop-motion animation. Followed by Reiniger’s ‘The Adventures of Prince Achmed,’ the oldest surviving animated feature film, showing at 7pm.

Workshops held online on Saturday, June 13 are part of the Cruinniú Na nÓg programme, dedicated to creative learning for children and young people. Children can learn to animate, create their very own puppets, and create storyboards for their next movie masterpiece. In the afternoon student works from Ireland, Japan, and Germany explore themes such as music, magic, family, and food. Saturday evening showcases the epic fantasy adventure ‘Jim Button and Luke The Engine Driver.’

On Sunday, preschool animations bring the stories of witches, a bear and one exceptional princess to life. Viewers are treated to the story of a Himalayan girl wishing to go to school. From the company that created ‘The Gruffalo,’ is the tale of Zog, one accident-prone dragon.

At 6pm is the big reveal of the winners of the first Nenagh Children’s Film Festival weekend.

Nenagh Children’s Film Festival launches this year and hopes to showcase films to a young audience for many years to come.