Archbishop Brown attended a number of ceremonies in Cashel and Emly 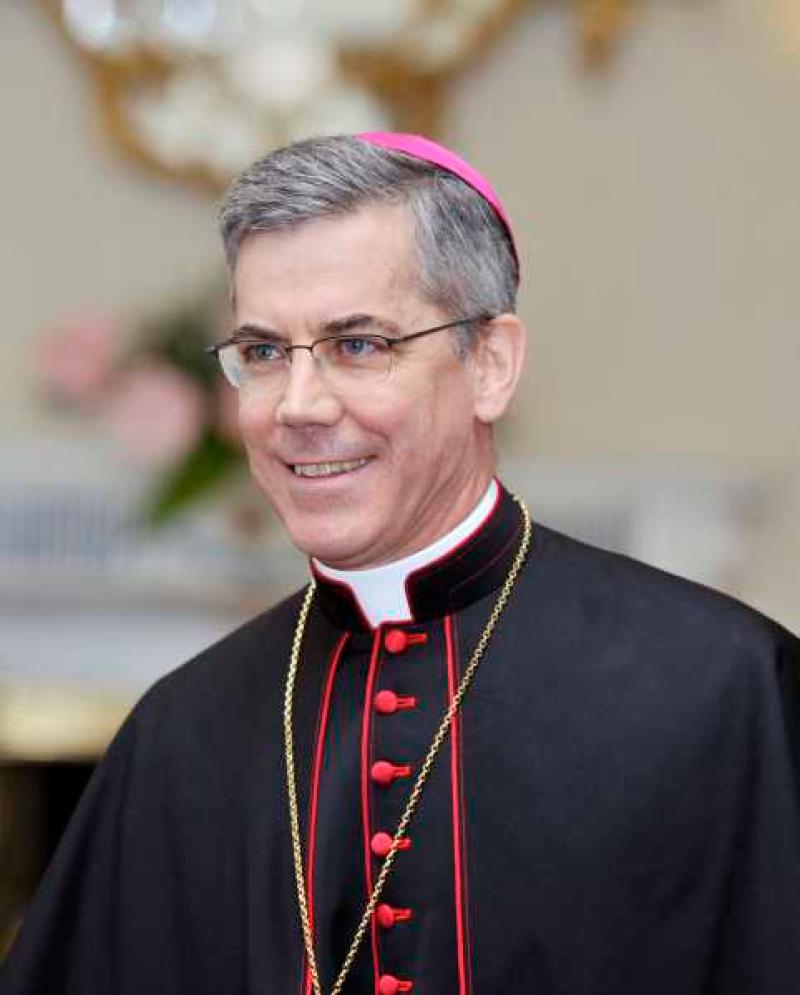 Tributes have been paid to Papal Nuncio Archbishop Charles Brown whose term in Ireland has come to an end.

Following the announcement this morning that His Excellency Archbishop Charles John Brown has completed his tenure as Apostolic Nuncio to Ireland, tributes has been paid to him for his sincerity, his integrity and his energy in the role

Since arriving in Ireland in January 2012 as Apostolic Nuncio, Archbishop Charles Brown has endeared himself to so many people in Ireland.  The Nuncio has travelled the length and breadth of the island, serving Pope Francis and previously Pope Benedict as the representative of the Holy See. He attended ceremonies in the Cathedral of the Assumption in Thurles on many occasions, including for the installation of Archbishop Kieran O'Reilly who moved from the diocese of Killaloe.

Thanks to his ‘down to Earth’ and friendly nature, many Irish people have had the opportunity to meet with the ‘Pope's ambassador’ and chat to him about the living Church in Ireland.  Archbishop Brown’s Irish ancestry has meant that he had an innate interest and understanding of so many aspects of the Church here and in a short space of time he got to know the issues and struggles of the Church in Ireland and was able to affirm and encourage countless people, religious, priests and parish workers.

Archbishop Brown – who is credited with bringing a more open style to the role and helping rebuild fragile relations between Ireland and the Holy See – is to become the new Papal Nuncio to Albania. It is part of the normal rotation of Vatican diplomats.

The Pope has not yet named a successor, meaning just 17-months ahead of an expected visit by Pope Francis, there is no Papal Nuncio in Dublin at this time. 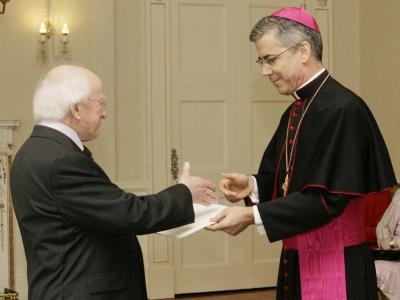 The US-born prelate (57) was hand-picked by Pope Benedict XVI after relations between Dublin and Rome hit an all-time-low after the Taoiseach’s controversial criticism of the Vatican in a Dáil speech. The row saw the government take the unprecedented decision to close the Irish Embassy to the Vatican. Archbishop Brown presented his credentials to President Michael D. Higgins in February 2012, and is credited by many – including senior politicians – with being part of paving the way for the reopening of the Vatican Embassy in January 2014, a move which he says will benefit the Irish people greatly.

It is understood that Archbishop Brown will be taking up a role in Tirana Albania in the coming months.