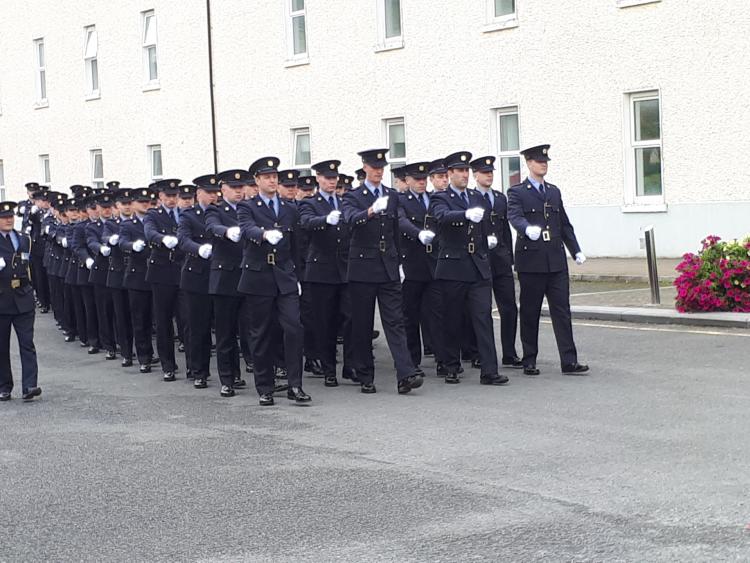 The Gardai in Templmore Training College performing their drill displays.

Intakes 193 and 201 have been deployed into the breach to battle an 'exceptional event' despite only a few short weeks of training.

Today, Friday March 20 is an historic day for An Garda Síochána as the organisation will reach its highest number of sworn members since the foundation of the State in a bid to deal with the 'exceptional event' which is coronavirus.

It will also be an incredibly strange day at the Garda Training College in Templemore as 319 new Gardai will be attested and sent out to duty despite only being in the Force a very short period of time. Intakes 193 which has 195 Gardai, and 201 which has 124 Gardai, have brought the strength of the police in Ireland to 14,758, but even Garda Commissioner Drew Harris could not have predicted three weeks ago when he attended the last graduation, that the organisation would surpass its largest ever presence on the streets, quite so quickly.

The newly attested Gardaí are part of An Garda Síochána’s range of measures to maximise operational availability and support other vital public services in responding to the evolving COVID-19 situation. Normally, the students would have a number of months of training before being assigned to stations around the country. But this 'fast tracking' is in response to the emergency and surpasses the previous biggest Garda members - there are now 12,051 of Garda rank in the organisation and a further 2,707 in various other higher tanks. 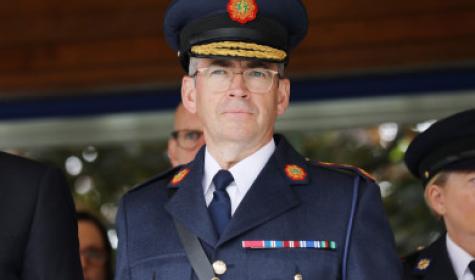 In addition to the newly attested Gardaí, An Garda Síochána has implemented a number of prudent organisational changes across the organisation. Some of these changes include amendments to rosters, restricted annual leave, delaying retirements where possible, hiring an additional 210 community support vehicles and the redeployment of personnel including 124 personnel from the Garda Training College, who have been redeployed across all four Regions.

The combined organisational changes result in a 25% uplift in Garda personnel resources being made available to support communities in the weeks and months ahead as we deal with the impact of COVID-19 on our communities.

Commissioner Harris has designated the ongoing situation as an "exceptional event” in accordance with the Working Time Agreement.

At this time there has been no change to the role of Special Tactics & Operations Command (STOC), Special Crime Operations and Detective / Drugs Units nationwide.  Whilst contingency planning is in place, these units continue to support the community and Garda colleagues with a range of specialist services.

Last week, Deputy Commissioner, Policing and Security John Twomey established the Garda National Co-ordination Unit. Headed by a Chief Superintendent, its role is to ensure a co-ordinated approach when dealing with organisational issues around the COVID-19 virus. Deputy Commissioner Twomey chairs a daily meeting of this Unit via teleconference with the heads of the Garda organisation to discuss the latest issues arising from the COVID-19 situation and An Garda Síochána’s response to keep people safe.