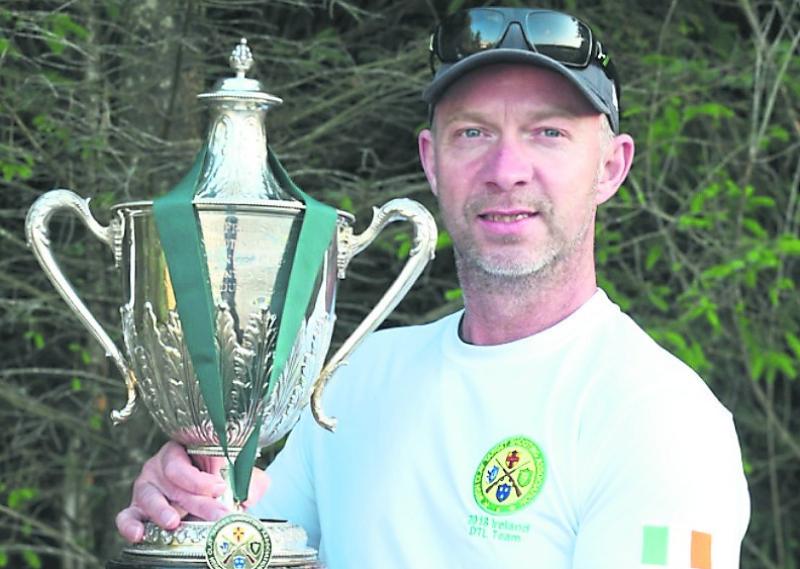 A County Tipperary man has become just the fourth premier county native to win the oldest and most prestigious cup in the Irish Clay Target Shooting calendar.

Nenagh native, Noel Conroy from Ballinamurragh, Kilruane, joined the elite ranks recently when he was victorious in a final shoot off competition.

The event is hosted by the Irish Clay Target Shooting Association each year and took place at the ICTSA National Shooting Ground’s on Sunday August 2, 2020 where 184 competitors took to the Clay Target Trap layouts.

At the end of the three wave events, Christopher and Noel were tied with the only two maximum scores shot on the day and so they entered a final shoot off competition where Christopher shot a 24/70 and Noel shot a maximum 25/75 continuing from the morning wave result.

Three other Tipperary men have won the Irish Close /Gold Cup during these preceding ninety three year history of the event.

Noel is also a member of Cloughjordan, Kilruane, Ardcroney gun club for many years and he has been an Ireland Team Member representing the Ireland DTL “down the line” shooting team internationally since 2017.

He will participate in the remaining ICTSA calendar events during the remainder of the 2020 and says he is looking forward to these and the DTL Shooting World Championships week to be held in June 2021.

These will take place in Byewell, Northumberland, England where the elite of the worlds DTL shooters will gather to shoot for the Dougal Memorial Trophy followed be the English Open Championship and finally the three day World Championships in what will be a week of competitive shooting events.