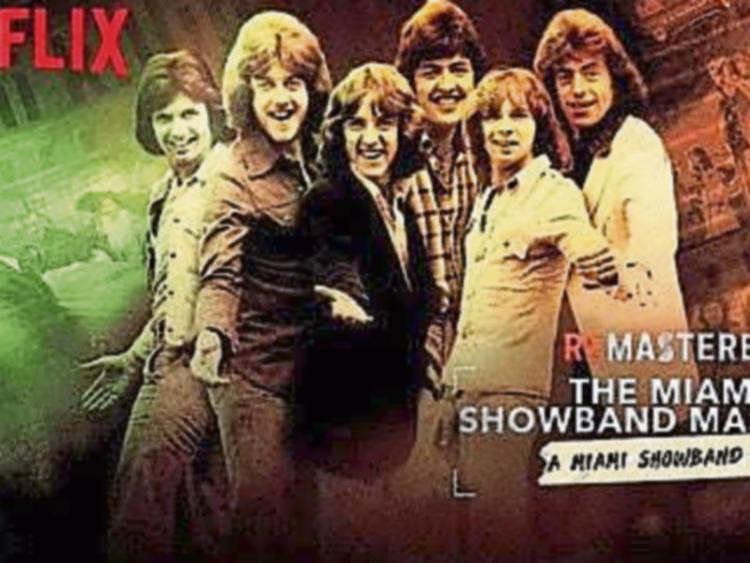 The Miami Showband Massacre Netflix documentary  featuring  Carrick-on-Suir man Stephen Travers recounting the loyalist atrocity that killed three of his bandmates, has been nominated for an Emmy award.

Mr Travers, who was seriously injured in the 1975   attack on The Miami Showband, said the film has been nominated for an Emmy For Outstanding Editing in a Documentary.

This year’s Emmy Awards, which honour the best in US television, will be held virtually online  on September 20 due to the Covid-19 pandemic.

Mr Travers praised Netflix for the courage it showed in making The Miami Showband Massacre documentary, which is one of eight films in its Remastered Series. Bob Marley, Johnny Cash, Jam Master Jay, Sam Cooke, Victor Jara, Robert Johnson and Solomon Linda are the subjects of the other Remastered films.

“When the producers first approached me, I felt humbled that our band would even be mentioned in such exalted company and I certainly didn’t expect the amazing global response that the film received within hours of its release,” said Mr Travers, who was The Miami Showband’s bass guitarist.

He said the film has been a phenomenal success all over the world and he thanked the producers and Netflix for highlighting The Miami Showband story.

“The Miami Showband was, by far, the least known name in the series and the vast majority of those voting for the nominees might struggle to find Ireland on the world map,” he said.

“Yet we’ve been nominated for an Emmy and our story is, once again, back up there with the best in the film industry and receiving the kind of attention that I could hardly have dared to hope for.

“But I guess that’s the American dream so God bless America and God bless Netflix for its amazing courage,”  Mr Travers  added.

When the documentary was first released last year, Mr Travers told The Nationalist,  the film was a tribute to his bandmates Fran O’Toole, Tony Geraghty and Brian McCoy, who were shot dead by the notorious loyalist Glenanne Gang.

“I have fought very hard to make sure they are never forgotten,” he said at the time.  Stephen and Des McAlea were the only members of the band to survive the horrific attack.

The documentary focused on Mr Travers’ efforts to establish the truth behind alleged British involvement in the attack on the showband at Banbridge in county Down  on July 31, 1975.

Mr Travers’ friend of 47 years, the Carrick-on-Suir singer and former Independent councillor Liam Dwyer is featured performing in the documentary. In the closing scene, Stephen and Liam along with Northern Irish  folk singer Tommy Sands sing The Parting Glass  together.

Liam Dwyer  also recorded the peace song The Calling composed by Stephen Travers during the making of the documentary.

The Calling has become the signature song of the Truth and Reconciliation Platform (TaRP), an organisation co-founded by Mr Travers in 2016 to promote reconciliation and lasting peace in Northern Ireland  by highlighting the terrible consequences of terrorism on both sides of the political divide through the stories of its victims.

Mr Travers is chairman of TaRP and the organisation plans to open a Miami Showband Peace Centre in Newry.

The Miami Showband Massacre film can be viewed at https://www.netflix.com/