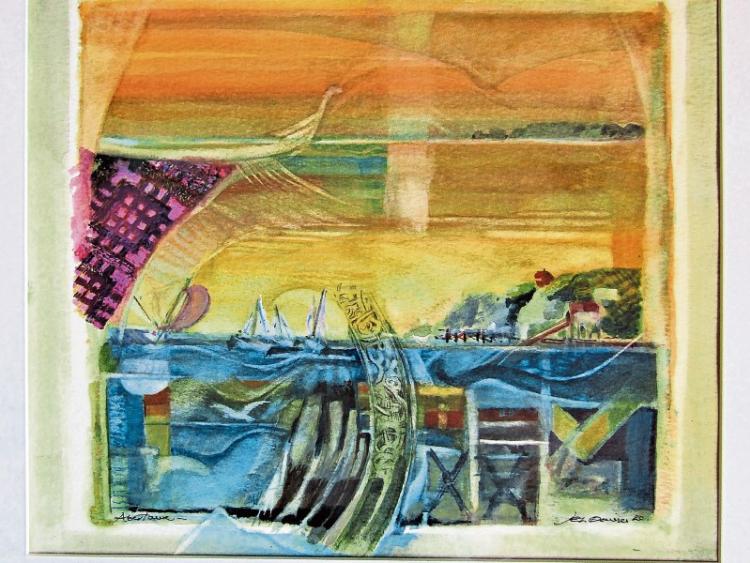 A local artist has launched an appeal to help him recover a beautiful, self-painted, watercolour painting stolen from his car while in Clonmel last week.

John Davies who lives near Windgap in County Kilkenny was on a visit to the town on Tuesday last, September 1 when the crime took place.

John came to town that morning to collect his painting from Melbourne Glass in Mary Street. He placed the painting in his car parked on The Quay in the small carpark near the former Clonmel Arms Hotel. The painting went missing sometime around the middle of the day while John was away doing other business.

The  painting is very precious to John, holding long-held memories of his home town in Wales. He moved to Ireland in 1996 and took a family house in Camphill, Grangemockler and has been living in the South Tipperary/Kilkenny area since then. He retired from his role as art therapist in the Aislinn Addiction Centre last year having worked there for 17 years.

John’s work would be well known having exhibited in The Narrow Space in Clonmel; South Tipperary Arts  Centre, Raheen House, Clonmel and also in Kilkenny and Wexford.

The Gardai have been notified and if anyone can help John recover his amazing piece of work he would be eternally grateful.