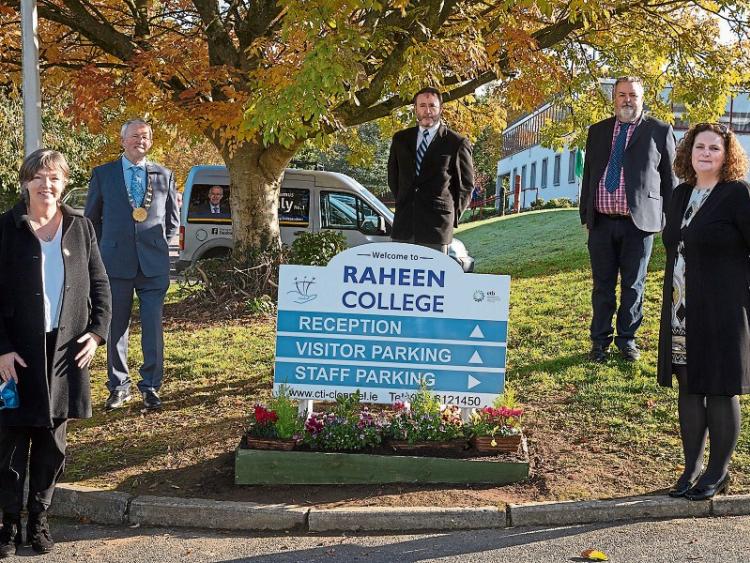 Raheen College, Clonmel, was relaunched and opened for business on a beautiful autumnal morning on Friday, October 16.

In the presence of the Mayor of Clonmel, Cllr Siobhán Ambrose, Deputy Mattie McGrath TD, Cllr Pat English, Ms Josephine Chamney, board of management chairperson;   Mr Liam McGrath, Acting CE of Tipperary ETB, and  Cllr Roger Kennedy, chairman of Tipperary ETB, the school revealed its new logo and uniform as well as announcing that it was open once again for the introduction of new students to the school in September 2021.

To mark the occasion student Michael Freaney unveiled one of the signs which showcase the school’s new name. The school was previously known as Coláiste Chluain Meala.

School principal, John McCarthy, in his address to those present - which was limited due to Covid Level 3 restrictions - said that the new school name represented the area that the school was based in over the last 40 years. He added that the Central Technical Institute has a proud tradition of community service that would continue well into the future albeit under a new name and with renewed vigour.

Tipperary ETB Acting Chief Executive,  Liam McGrath, praised the staff of Raheen College for the energy that they had invested in the redevelopment of the College. He said that we wanted to publicly “commend them for their enthusiasm for the project and for working with parents and school management to see the relaunch of Raheen College through”. 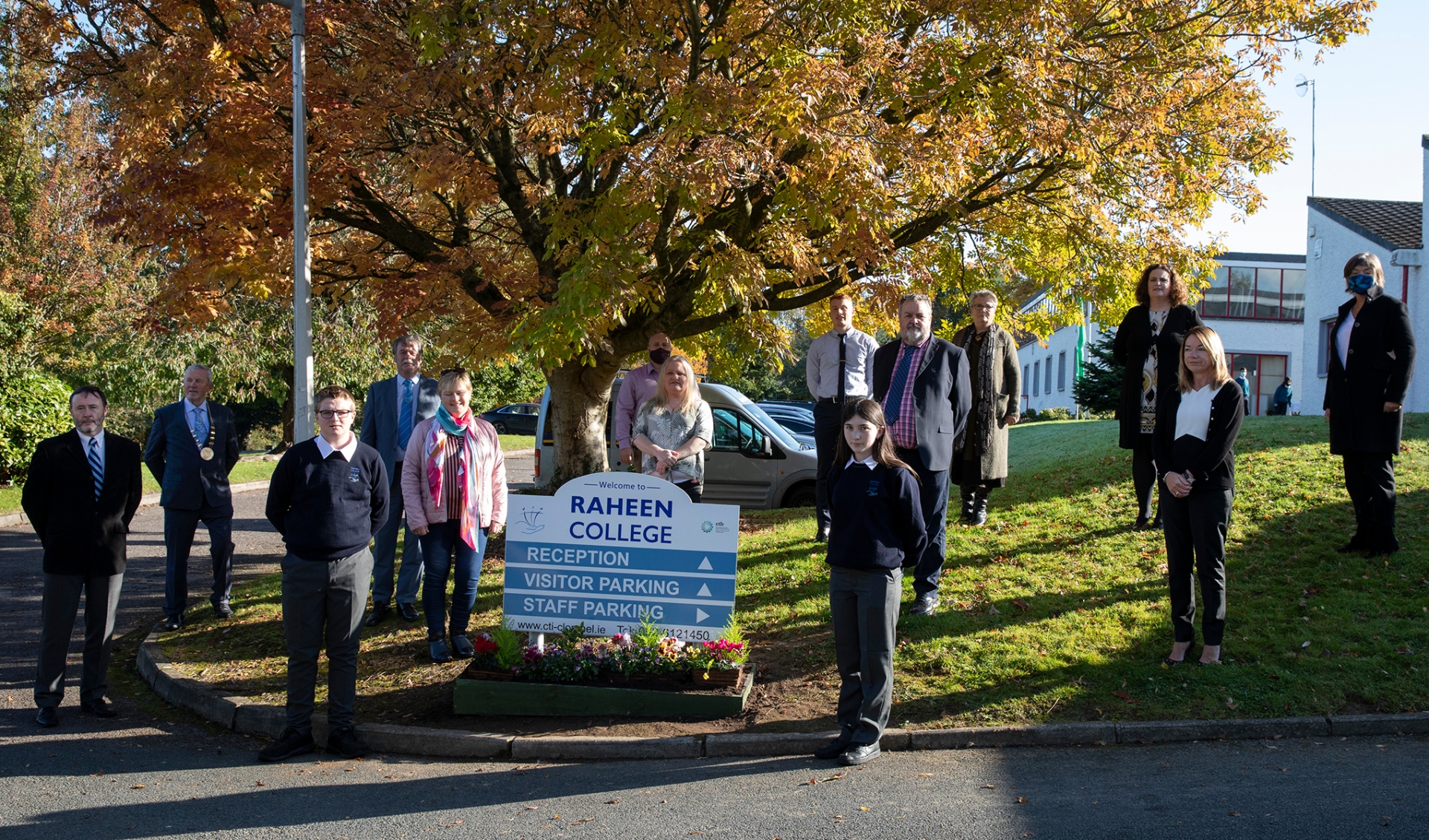 A NEW ERA IN EDUCATION IN CLONMEL

Mayor of Clonmel, Cllr Siobhán Ambrose acknowledged the history of the school while also noting that today’s events “signalled a new era” for the whole town of Clonmel. She said that she was delighted to see the changes to the inside of the school. She said that the “school was thriving” and she was “looking forward to the future success of the students in Raheen College”.

One of the school teachers, Mairead Bergin, remarked that the most important value in life was education and that this opened up endless opportunities to the students of the college, while Majella O’Donoghue, parent of a teenage student,  praised the school for the level of individual care  given to her son and many other children attending the school.

Chairman of Tipperary ETB, Cllr Roger Kennedy, commented on the route through education that the ETB provided. He stated that Raheen College was central to this educational  pathway through its direct links with Senior College Clonmel and onwards through the IT and Technological Universities planned for in the future.

Josephine Chamney, chairperson of Raheen College’s board of management also expressed her support for the school and the “fantastic service that Raheen College offers as the only co-educational English language school in the town”.

This was indeed an important day for Raheen College in its educational journey.