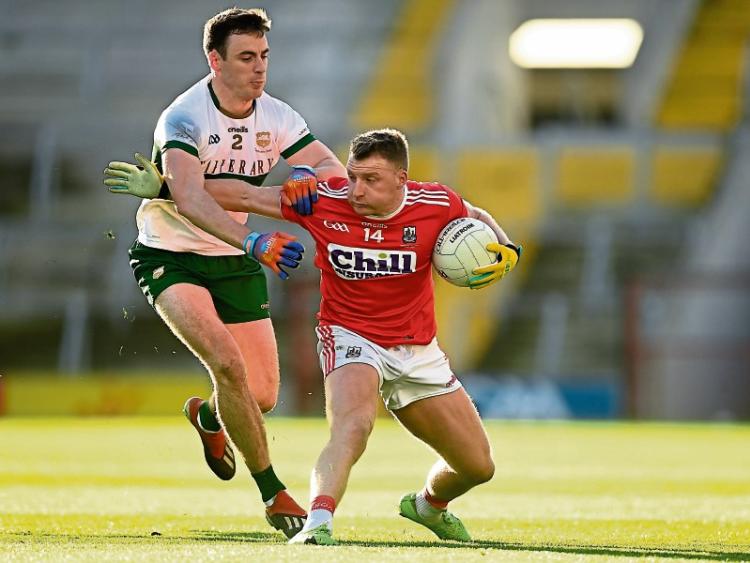 In this week’s edition of The Nationalist, Tipperary defender Alan Campbell speaks at length about the great day the Munster final win was, and also looks ahead to Sunday’s All-Ireland semi-final clash at Croke Park with Mayo.

Below is an extract:

And in switching his attention away from Leeside to Liffeyside for Sunday, Tipperary are not just going there for another moral victory, not if they can help it, according to  Alan Campbell.

“The last time we were at this stage, in 2016, while we were obviously disappointed not to progress, at the same time we were probably content with the moral victory of having reached an All-Ireland semi-final including a great victory over Galway in the quarter-final. We had bridged a gap going back 81 years since Tipp were last in a senior semi-final and we had given all of our  football supporters a great summer with a win over Cork and a win away to Derry prior to the Galway game.

“I genuinely feel this time there is a greater desire to go one step further. Not often in life do you get a second chance, and we are getting that second chance now, same opposition, same stage, but hopefully a different result this time around,” added Alan, who would dearly love to put one over on Mayo having also lost to them in a round 3  qualifier in  Semple Stadium in  2018, by 1-19 to 1-11.

Mentioning the great support of 2016, Alan commented on   the effect for teams in playing out these big championship games in near empty stadia during these strange days.

“I feel like there are less peaks and troughs mentally. Mistakes don’t weigh as heavy and the adrenaline of successful duels are muted. That said, those who were on the sideline at the Cork game  made their voices multiply and amplify. Every block, tackle and score was celebrated loudly by players, management and backroom in the stands. I felt this helped us immensely.

“Having said that, 95% of the time you don’t even notice the crowd, the focus is on the game.  It’s the breaks in play where a chant of “Tipp Tipp, Tipp” might be heard that you miss and certainly after the game the crowds were missed for the celebrations. It was strange not to have the Tipp football faithful invade the pitch after the Munster final,” he said.

But that is  in the past now, or parked at least until after the Mayo game is out of the way, and there is no doubt that Tipp have a  huge respect for next Sunday’s  opponents. 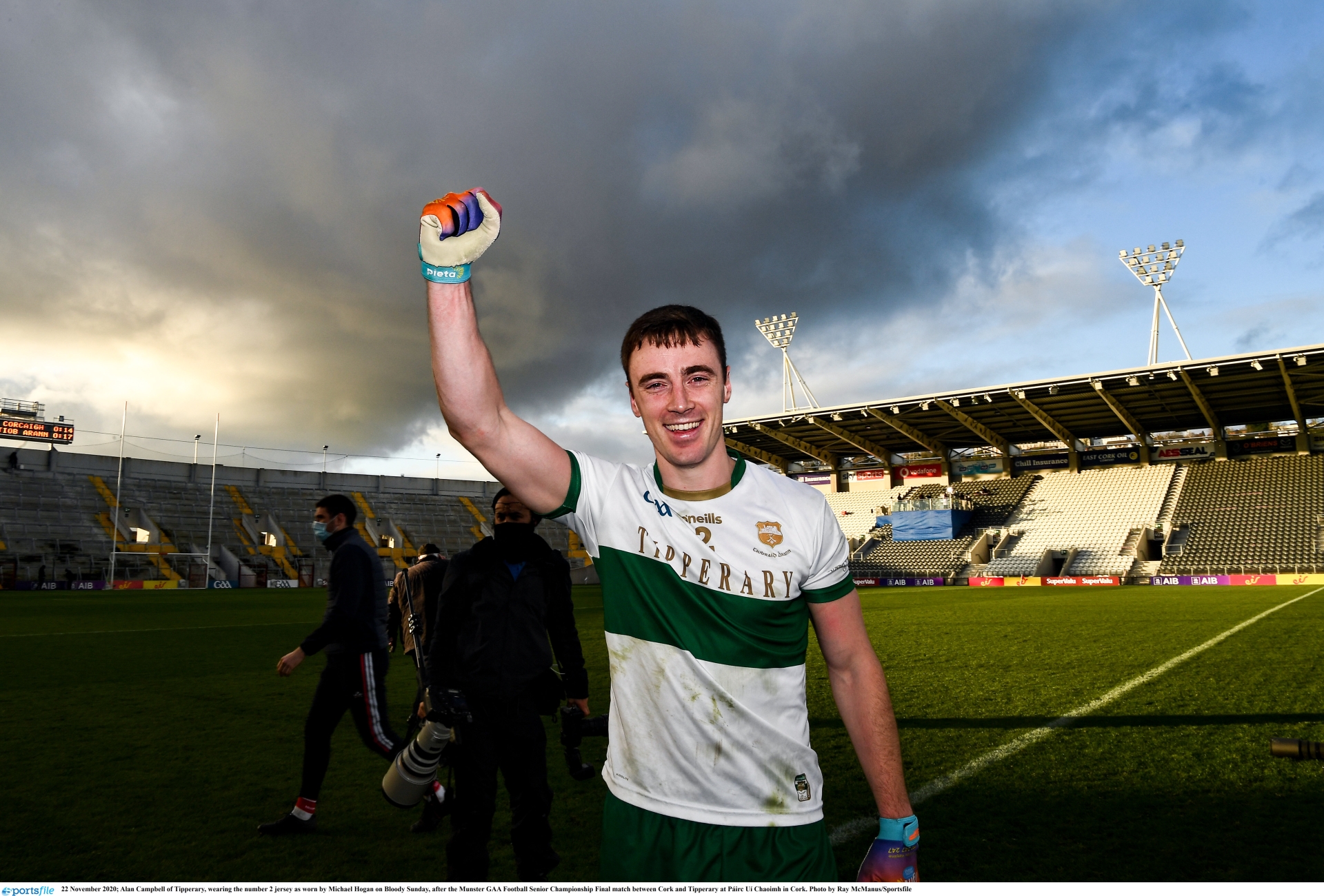 Alan Campbell punches the air with delight after Tipperary defeated Cork in the Munster senior football final at Páirc Uí Chaoimh on Sunday week last. The Moyle Rovers man wore the same number jersey as Michael Hogan had worn on Bloody Sunday in 1920.

“Mayo are always there at the end of the championship and are undeniably a great team. They have had some great teams in recent years and have been unlucky to have come at the same time as this Dublin team, otherwise they would  have a few All-Irelands won by now. But unfortunately for them that hasn’t happened,” added Alan, knowing well at first hand the many disappointments their followers have suffered going  back to 1951.

“Mayo  have the makings of a fine team again and  I think the whole country is well aware of their established standout players, they are household names. But I also feel our team has experienced many big players over the years so we won’t be starstruck by them. We are well aware of their quality, and the damage they can do if they are allowed to play it as they like. It will  be a tough task to stop them, for sure,” Alan pointed out.

The team were back at training last Wednesday night and according to Alan “training is going well, there is a nice bite, players are thriving, pushing harder as the prize becomes bigger and bigger and they don’t come much bigger than a place in an All-Ireland final.

“We are aware that we will have to be at our best to beat a team like Mayo. We will need to improve and build again like we have been doing in the past five games. We have to start  well and settle in, do our jobs that are set out by the management team. Stick to the process and not get sucked into a game that we are not prepared for, control the controllable,” he concluded.