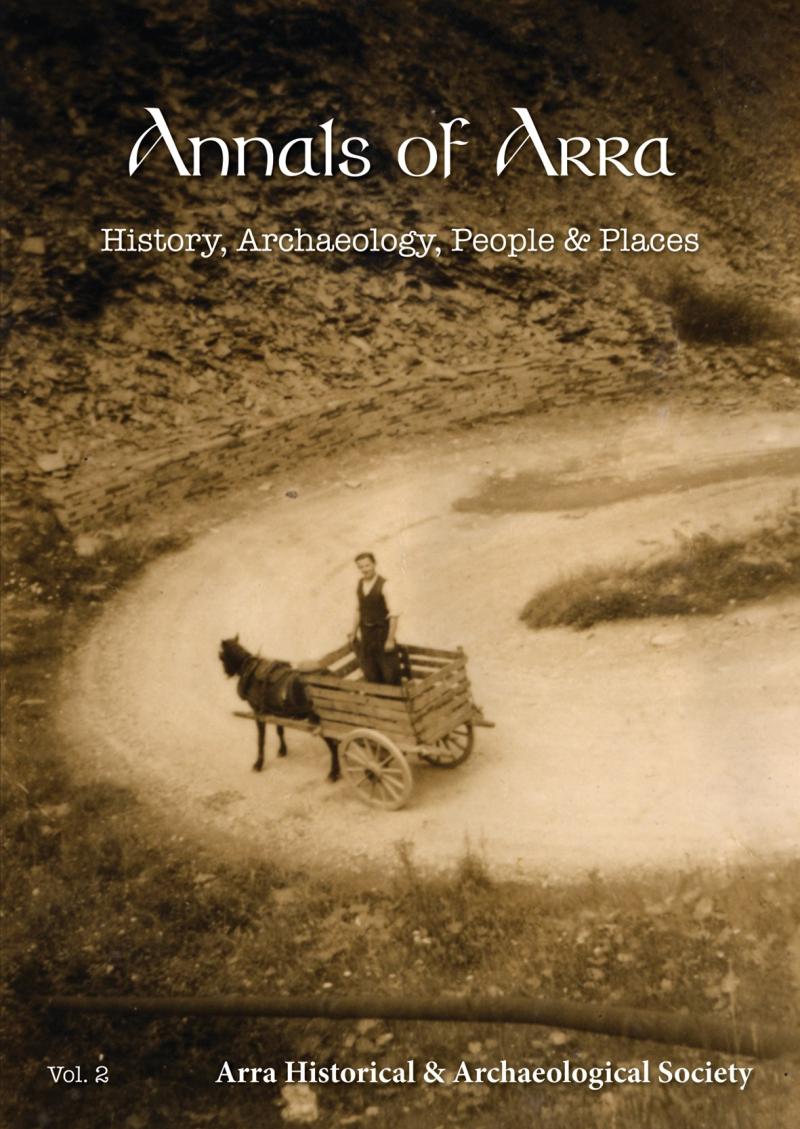 Arra Historical and Archaeological Society have just published the 2020 edition of their journal – Annals of Arra. This is the second in the series produced by this society.

Arra, or Duharra, half of the Barony of Arra and Owney, is the district around the Arra mountains. Its borders are formed by Lough Derg on the River Shannon, the Clareen River (that flows by Hogan’s Pass), and the Kilmastulla River. There are chapters documenting events, personalities and activities from this broad area.

Fittingly in 2020 the first chapter recounts the burning of Duharra Creamery 100 years ago on the weekend of November 22, 1920 which coincided with the events of Bloody Sunday. There is also an account of how Duharra in common with other creameries contributed to the social and economic life of both a community and a geographical area. The journal details another community effort in the erection of a cross on Loughtea Hill in 1935.

It is 50 years since the church in Newtown was refurbished and there is an interesting article detailing this event.

There are life stories from a number of individuals, poems, tales of the supernatural, past events both at home and abroad.

There are articles on tracing lineage from Brian Boru to some well-known celebrities.

This year the ‘Step Back in Time’ recordings feature Kitty Shoer, Elsie Sage and Billy Shanahan. There are recipes on baking during an emergency such as the current pandemic, the value of the lowly Apron, sourcing the ‘Makings’ of a hurley and much more.

Derek Ryan, Chairperson of the Society has a particular interest in archaeology which is also catered for in a few chapters. He recounts how the Society had some surveys done during the year on the Graves of the Leinstermen and the results of these are included in the journal.

He also pointed out that “last year there was part 1 of an article about Frank McGrath which was to be concluded this year. However, Covid-19 prevented access to libraries and therefore the research that was required. Hopefully, this will be in next year’s journal.“

The publication includes a number of lovely photographs and maps in addition to the text. We would like to thank all the contributors and to invite anybody who has a story to tell, a poem or old photographs to contact any member of the Society.

It would be a lovely Christmas present for young and old at home or abroad and it only costs €10.
The Annals of Arra is available to purchase locally around the area in Spar, Portroe, Post Office in Newtown, Arrabawn Stores in Ballywilliam, Mc Loughlin’s Hardware, Banba Square, Easons and the Bookshop Nenagh.

It will also be available to purchase online at arrahistoricalsociety@gmail.com