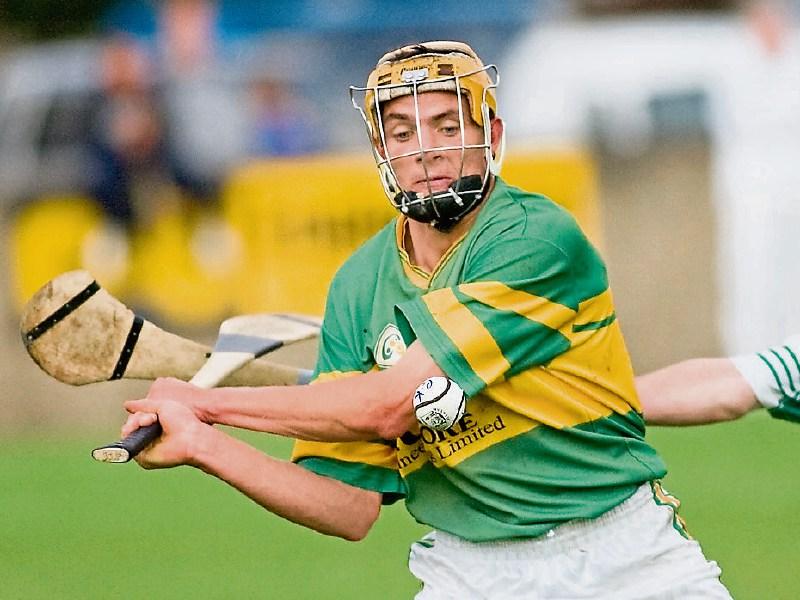 Timmy Hammersley, Clonoulty /Rossmore who scored four points for his side in their victory over Mullinahone at Clonmel Sportsfield on Sunday afternoon

Clonoulty/Rossmore got their Dan Breen Cup campaign off to a winning start with a six points victory over Mullinahone at Clonmel Sportsfield on Sunday afternoon, but it was a win the hot favourites only secured with a stronger finishing final quarter.

On their first competitive visit to Clonmel in over 30 years, the recently crowned West senior hurling champions were pushed hard by the Kickhams all through. On what was a perfect day for hurling, Clonoulty only managed to pull clear with any real authority after the second water break and will be relieved to record an opening day victory.

Six times throughout the first half, and a total of eight times in all, the sides were on level terms before eventually the craft and skill of the 2018 county champions wore down the battling performance of Mullinahone.

The game’s only goal went the way of Mullinahone in the 25th minute, sweetly finished by Enda Keane after Mikey O’Shea  had turned-over a Clonoulty defender and passed on accurately. That score put the Kickhams four clear at 1-8 to 0-7 and posed a big question for the Paddy Bourke managed Clonoulty, but by half-time they had responded well and had the game back to parity. Thereafter one felt they would be the more likely winners of this opening Group 2 contest, and that’s how it transpired in the end.

For the first 10 minutes of the second half the sides traded three points apiece as a determined Mullinahone hung in and it was only in the minutes before the second half water break that the Westerners edged clear with two excellent points from Timmy Hammersley and half-time substitute Michael Ryan for a lead they would not relinquish thereafter.

As an ageing Mullinahone tired in the final quarter, Clonoulty pushed on with five points from play down the stretch from Michael Ryan, Stephen Ferncombe (2), Stephen Quinn and Conor Hammersley to record a fully deserved win. In that same period all that Sean O’Regan’s side could muster were two Eoin Kelly frees.

Mullinahone had begun the day the better with two points from Jack Shelly and an Eoin Kelly inside three minutes before a pair of frees from Jack Ryan had the sides all square after nine minutes of play at 0-2 each.

The sides went point for point to be still on parity after 12 minutes at 0-4 each, with some excellent scores, including one from Enda Keane and two from play for Timmy Hammersley; the other Mullinahone point an Eoin Kelly 65.

Clonoulty’s Jack Ryan then had his first point from play from half-way followed by a superb effort from the sideline by Conor Hammersley to put the West champions two clear on the quarter-hour mark, before another Eoin Kelly free arrived before the water break which left Clonoulty ahead 0-6 to 0-5.

A well constructed Mullinahone move was then finished with a Mikey O’Shea point immediately after the water break for level terms for a fourth time, and point for point they continued with a huge John O’Keeffe point for Clonoulty cancelled by Eoin Kelly’s third free of the day.

Midfielder Sean Curran once again edged the Kickhams ahead in the 21st minute and that advantage was stretched to four with Enda Keane’s 25th minute goal.

But as if in a gear change, Clonoulty upped the speed before half-time and went to the interval level at 0-12 to 1-9. They applied pressure which forced the concession of three frees (all converted by Jack Ryan), as well as adding two from play from the Hammersleys, Timmy and Conor. In between these five points came perhaps the point of the game when 17 year-old Mullinahone full-forward Eoin O’Dwyer caught a high delivery, turned and ran at speed at the Clonoulty rearguard before pointing off the hurley.

At half-time Clonoulty introduced Michael Ryan (W) and started the second period impressively with a long range point from Jack Ryan and an exquisite sideline cut from half-way by Dillon Quirke for a 0-14 to 1-9 advantage. Eoin O’Dwyer (M) and Dillon Quirke (C/R) swapped further points before two Eoin Kelly frees levelled it at 0-15 to 1-12 after 39 minutes.

For the sixth and final time as it turned out, the sides were level again on 41 minutes after Eoin Kelly (with his only point from play) and Dillon Quirke were on target.

Clonoulty via Timmy Hammersley and Michael Ryan points got their noses in front by two at 0-18 to 1-13 by the second water break and they went on to wrestle control of the game from last year’s O’Riain Cup winners when outscoring Mullinahone six points to two after the second half water break and ultimately that 0-24 to 1-15 victory.