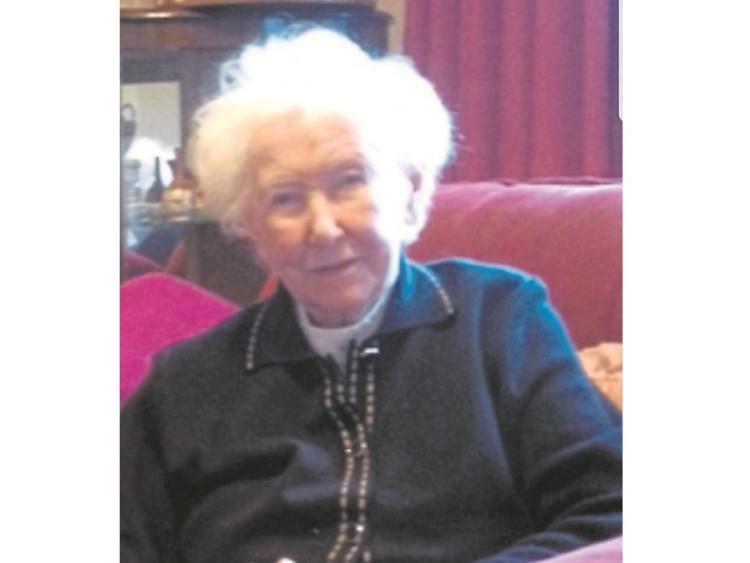 We extend sympathy to the O’Carroll and Horan families on the recent death of Mrs. Mary (Mossie) O’Carroll of Drangan Village (nee Horan Knockuragh, Drangan).
Mossie as she was known to all served as secretary of Drangan Community Centre for several years and played a key role in keeping the Whist and Progressive 25 Drives going strong for many years. Mossie travelled to many other parish halls playing whist and helped to keep the name of Drangan very prominent among whist players all over Mid and South Tipperary as well as in Kilkenny. As a result, it was a regular feature to have more than 100 whist players coming to Drangan Hall where Mossie ran whist drives for local clubs and several charitable organisations such as Legion of Mary, St. Vincent de Paul, St. Josephs Young Priests Society, Bothar, The Association and the Missions of local priests in distant lands such as Fr. Harold Barry and her own nephew Bishop Paul Horan.
For almost 40 years Mossie served as editor of the local parish magazine the “Slievenamon Echoes” and posted copies to Drangan and Cloneen natives all over the world in the days before the internet when emigrants only other links with home were by letter and The Nationalist.
Mossie was also a Legion of Mary stalwart and held Annual Curia meetings in Drangan which were attended by Legion members from several parishes. As a tribute Legion members from the regional Curia recited the rosary in Mossies house at her wake and also at her graveside.
Mossie was a hard worker for St. Vincent de Paul and in her own quiet way and often at her own expense she looked after the needy at Christmas and other times of the year.
Mossie also played her part in the local Tidy Towns in Drangan and helped keep the village looking well.
For over 3 decades Mossie wrote the Drangan Notes for The Nationalist and Tipperary Star and delivered them to The Nationalist Office in Clonmel every Monday morning long before e mail gave us instant delivery. On those trips she also delivered advertisements and other local notices for publication. In later years her friend the late Tom O’Shea travelled by bus to deliver the notes written by Mossie.
Mossie's son Michael was a prominent footballer with St. Patricks winning a Co. Junior football medal in 1967 having already won one with Newport the previous year.
We extend deepest sympathy to Mossie's sons Michael, John and Thomas, her daughters Nuala Clifford and Dolores Delaney and her brother Tommy Horan and also to her grandchildren and great grandchildren as well as her many nieces and nephews, relatives and many friends.
May she rest in peace.