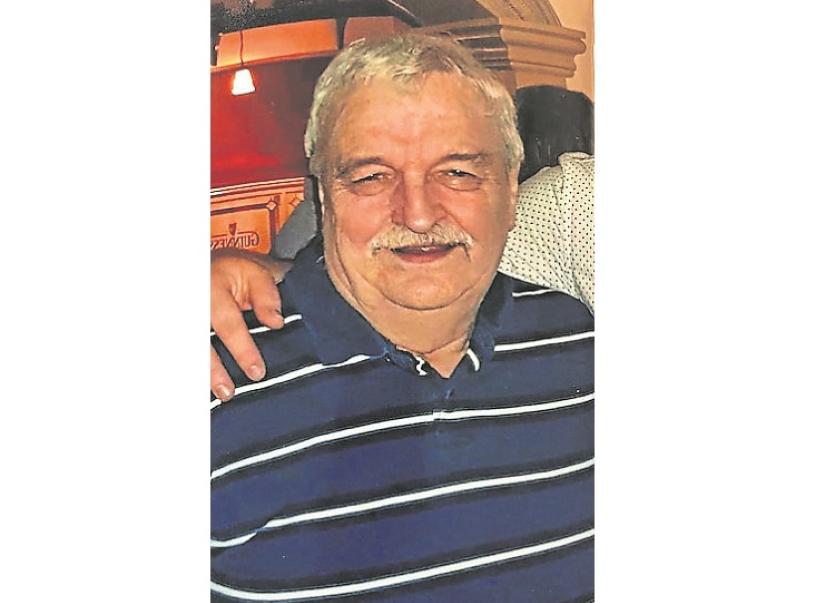 The death occurred of Tommy Kennedy, Church Street, Templemore on February 4 last in the Regional Hospital, Limerick.
Tommy died following a short illness. He was the youngest of three children born to the late Patrick and Margaret Kennedy and was only recently predeceased by his two sisters, Nancy and Mary.
He was born in Church Street, Templemore on May 3, 1948, and lived all his life there.
In his younger days, Tommy, a member of the FCA, was a keen handball player and could be found in the Handball Alley into the early hours of the morning. He was also a very good snooker player and could just as easily be located in the Snooker Hall.
Tommy loved all sports, especially his teams of Arsenal and Tipperary as well as horse racing.
He loved a game of cards and was a beautiful dancer. He often proudly recalled the fact that in his younger days he did “The Ring of Kerry” with his friend on a motor bike.
He left school at the age of 15 and went to serve his time to become a qualified plasterer, under the watchful eye of the late Paddy Kelly of Church Street. He became a skilled tradesman, who could turn his hand to blocklaying, roofing, carpentry and almost anything in the building trade.
He worked for the likes of McInerney Building Contractors, Sisks, McManus and Duggan Brothers. Tommy also worked with Paddy O'Shea and the Comerford Brothers from Roscrea.
He met and married the love of his life Teresa Bourke from Thurles in 1974, and they went on to raise a family of five boys and two girls. Tommy was the rock of the family, all of whom he loved and adored so much.
He was well known in the community and will be sadly missed by all who had the pleasure of knowing him.
Many people came from far and wide to pay their respects to him and pay tribute to him for all the works he had done over the years.
Sincere sympathy is extended to his heartbroken wife Teresa, sons Patrick, John, Thomas, Paul and Martin, daughters Jacinta and Margaret, nine grandchildren, son-in-law Noel, daughter-in-law Kim, partners, niece, nephews, sisters-in-law, extended family, neighbours and many friends.
Tommy's remains reposed in Grey's Funeral Home, and following Requiem Mass in the Church of the Sacred Heart Templemore he was laid to rest in St Joseph's Cemetery.
“You Were Our Legend Dad”
May you rest in peace.