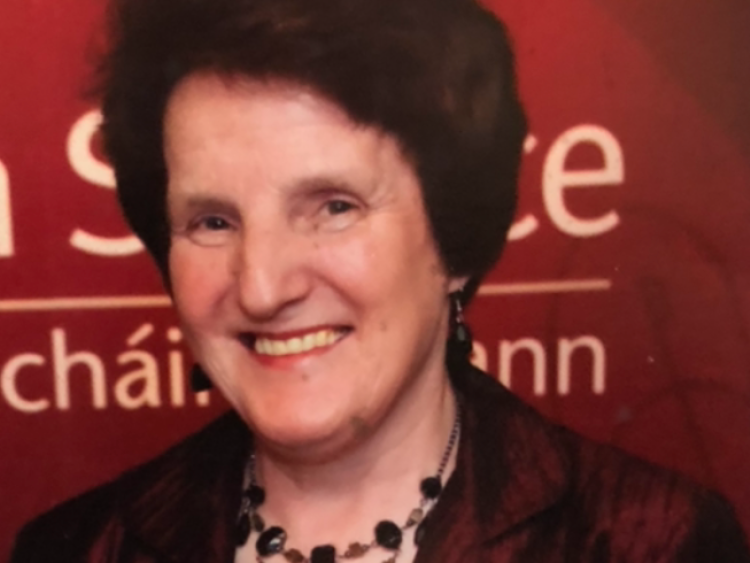 There was widespread sadness throughout Tipperary and beyond this week following the passing of renowned singer Nora Butler Swan.

The Toomevara native was an All-Ireland champion ballad singer and performer and one of the biggest champions of traditional Irish music in the country.

Nora began performing while at primary school and in 1964 took part in her first Fleadh Cheoil in Roscrea winning first prize in the competition. She won her first All Ireland title two years later in Boyle, Co. Roscommon.

In the early 1970’s she toured the US with Comhaltas Ceoltoiri Eireann alongside the late Paddy O’Brien. She also toured extensively around the world as part of Comhaltas in Asia, Australia, Canada, Tripoli, New Zealand and Libya.

Tributes from across the traditional music world have been paid to the Tipperary singer whose unique voice set her apart from an early age.

Paying tribute a spokesperson for Brú Ború Cultural Centre Cashel, where Nora regularly performed, said: “Words can't describe the sadness and immense loss that Nora's passing will have on so many.”

No stranger to the stage, Nora regularly made appearances on national television and radio programmes and was a much valued coordinator of the Rambling House monthly gatherings at Nenagh Pastoral Centre.

Among her prestigious honours are five All Ireland ballad singing titles, three at senior level and two at under 18 level. During her career she released two solo albums, the first in 2001 titled The Dawning of the Day, and featuring the work of top musicians Billy Greenall, Deirdre McSherry and Eileen O’Brien.

Throughout her life Nora acted as a champion for traditional Irish music alongside her husband Pat who was a champion drummer and a long time member of Comhaltas Ceoltoiri Eireann.

She is predeceased by her beloved husband Pat and her parents Ned and Mary. Deeply regretted by her loving sister Mary (Hartnett), extended family, relatives, cousins, neighbours and many friends and her dear colleagues in Comhaltas Ceoltoiri Eireann.

A private family funeral mass will take place this Wednesday morning at 10am in St. Mary's of the Rosary Church Nenagh followed by burial in Lisboney Lawn Cemetery.

There will be a pause at her home on McDonagh Street on route to Lisboney at 11am.

Those who cannot attend can take part in the ceremony via the Livestream service on nenaghparish.ie.