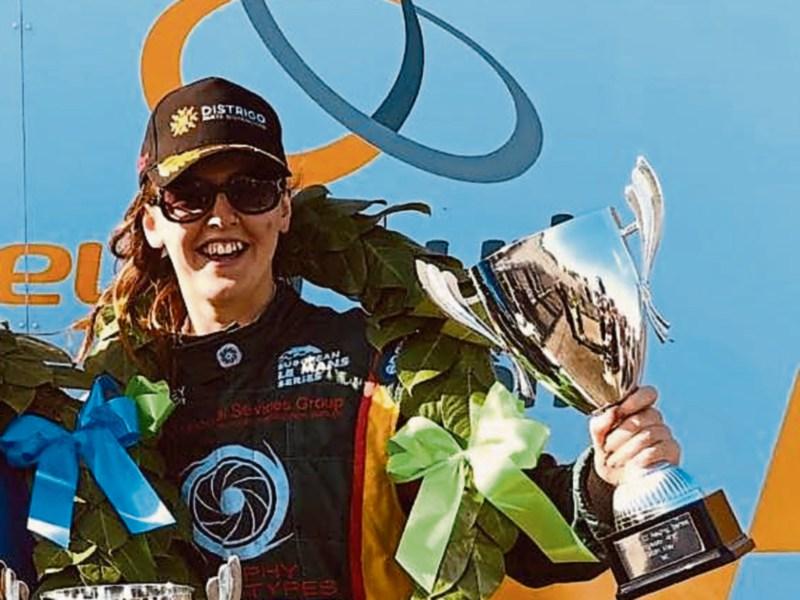 The racer from Roscrea is getting this chance due to the generosity of US based Irish expat John Campion. Campion added the iconic Guinness liveried March 811 to his CJJ Motorsport collection last year and has flown the car back to Ireland for the Mondello Historic Festival this weekend. The car will also be joined at Mondello Park by Derek Daly, who drove the car in the 1981 Formula One World Championship. The car will also be driven at Mondello Park by F3 drivers James Roe Jnr and Jordan Dempsey, both of whom are supported by John Campion in their respective campaigns.

Drought, who currently leads Class A of the Endurance Trial Championship, and won a UK C1 Endurance race at Anglesey earlier this year, is understandably excited about this opportunity.

Nicole Drought said she was so excited to be given this opportunity and cannot thank John and Suzanne Campion enough for their generosity.

“The opportunity to experience a Formula 1 car is incredible, and even more so to do it at Mondello Park."

The Mondello Park Historic Festival takes place this weekend, with classic car and bike racing, live music and of course a Formula One demonstration. For more information and tickets, see mondello.ie