Memorable moments from first 30 years of the Premier League 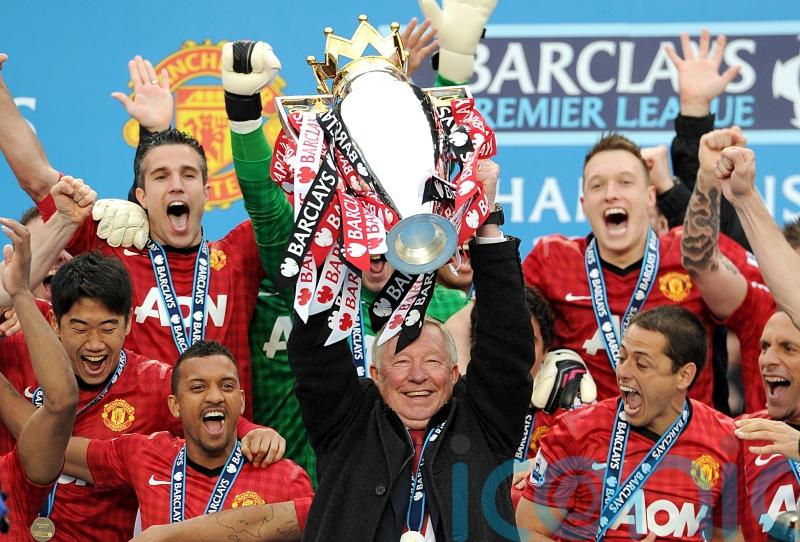 Here, we take a look back at 12 memorable moments since the league began in August 1992. 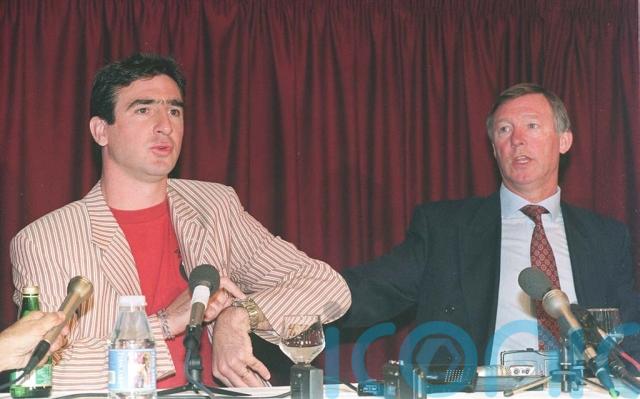 Eric Cantona took red mist to a whole new level after being sent off at Selhurst Park. The fiery Frenchman launched a kung-fu kick at a Crystal Palace fan who had abused him as he trudged off down the touchline. The Manchester United forward got a nine-month ban and 120 hours of community service for his actions, and famously spoke about seagulls, trawlers and sardines at a press conference following his conviction.

The Premier League title race between Manchester United and Newcastle was heading towards a thrilling climax when Alex Ferguson’s mind games got to Kevin Keegan. After Ferguson had suggested some opponents tried harder against United than they did Newcastle, Magpies boss Keegan delivered an epic rant, with the line “I’ll tell you, honestly, I will love it if we beat them. Love it,” passing into football folklore. United went on to win the title by four points.

A star was born on the opening day of the 1996-97 season when a 21-year-old David Beckham scored for Manchester United from inside his own half. With just seconds remaining at Selhurst Park, Beckham spotted Wimbledon goalkeeper Neil Sullivan off his line and sent the ball sailing over him with the cleanest of strikes. It was some cherry on the top of a 3-0 win and the beginning of ‘Brand Beckham’, one of the biggest stars to grace the Premier League firmament. 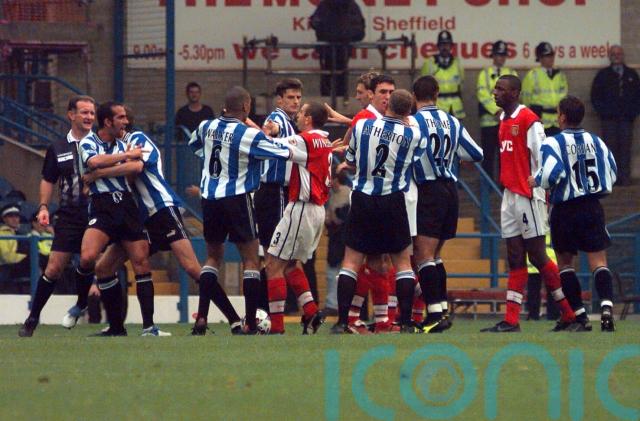 Controversial Sheffield Wednesday striker Paolo Di Canio shocked the football world by pushing over referee Paul Alcock when Arsenal visited Hillsborough. Di Canio was upset after being dismissed for pushing Patrick Vieira during a melee and shoved Alcock in the chest. The referee stumbled backwards to the ground in comedic fashion, but the Italian was not laughing after receiving an 11-game ban for his behaviour.

Great teams have adorned the Premier League, from Manchester United’s 1998-99 Treble winners to Jose Mourinho’s Chelsea, and Liverpool and Manchester City in recent years. But only the ‘Arsenal Invincibles’ have completed a season unbeaten with Arsene Wenger’s side producing 26 wins and 12 draws in the 2003-04 campaign. By doing so, they matched the top-flight achievements of Preston who were undefeated in the 1888–89 season. 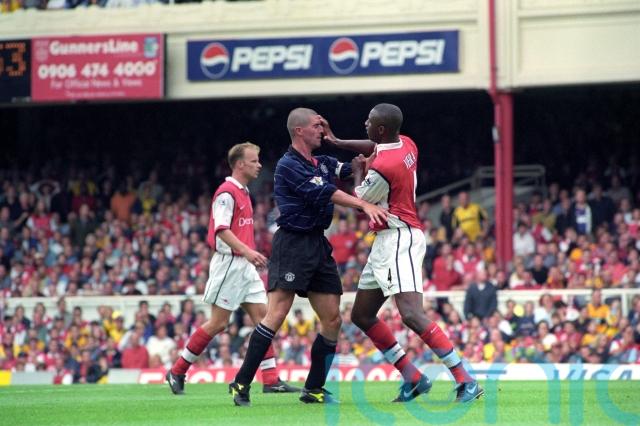 The feud between two of the Premier League’s most formidable midfielders and captains came to a head before Arsenal and Manchester United slugged it out at Highbury. Television cameras captured the moment in a cramped tunnel as a furious Keane berated Vieira with the promise “we’ll see out there”. Keane had to be calmed by referee Graham Poll, with it emerging later that the Irishman felt that Arsenal were “bullying” Gary Neville.

Delia Smith became a recognisable figure when she started cooking up TV recipes in the 1970s. Nearly 30 years on she was the majority shareholder at Norwich and a tad peeved with Canaries fans. Grabbing the microphone at half-time during a televised game against Manchester City, Smith bellowed: “A message for the best football supporters in the world: we need a 12th man here. Where are you? Where are you?! Let’s be ‘avin’ you! Come on!” Smith later denied suggestions she was drunk at the time.

Rafael Benitez’s Liverpool were left deflated at Sunderland as Darren Bent scored with the help of a beach ball. The Liverpool branded ball had been thrown on to the pitch by a Reds fan and Bent’s shot deflected off it and past stunned goalkeeper Pepe Reina. The goal stood as referee Mike Jones thought Bent’s effort had gone in off a player and there was no VAR to rescue him.

Has there ever been a more spectacular Premier League goal? Just 12 minutes remained of a Manchester derby at Old Trafford when Nani’s cross took a slight deflection off the back of Pablo Zabaleta. Wayne Rooney had to reposition himself near the penalty spot before beating City’s England goalkeeper Joe Hart with an acrobatic overhead-kick. United’s 2-1 victory was the launchpad for a fourth Premier League title in five seasons.

Time was ticking on Manchester City’s title dream with QPR offering brave resistance at the Etihad Stadium. Neighbours United had won 1-0 at Sunderland and City knew only victory would secure a first title success in 44 years. Edin Dzeko levelled in stoppage time and then the ball fell to the right foot of Sergio Aguero in the fifth added minute. Cue delirium inside the stadium as Sky commentator Martin Tyler producing his ‘Aguerooooo’ line to a gob-smacked TV audience. 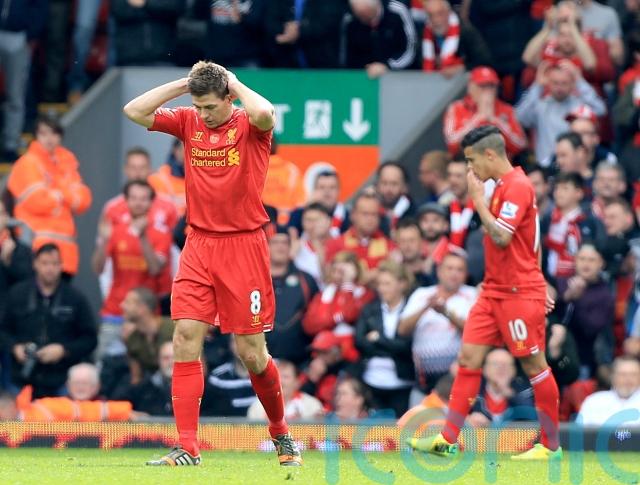 “We don’t let this slip, we go again.” So said Steven Gerrard after Liverpool had edged towards the title by beating Norwich 3-2. Those words came back to haunt Gerrard when the Liverpool skipper slipped in the next game at Anfield, allowing Demba Ba to open the scoring for Chelsea. Jose Mourinho’s Blues went on to win 2-0, and Manchester City ended up pipping Liverpool by two points. Gerrard, one of the best players ever to grace the Premier League, would never get his hands on a winner’s medal. 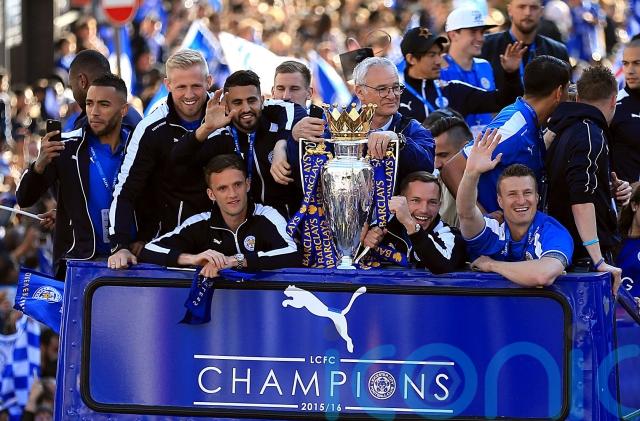