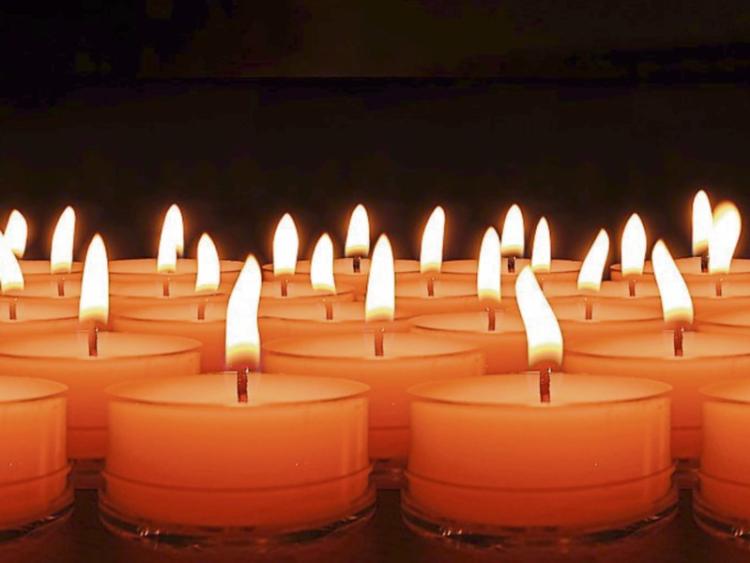 The death has occurred of Phyllis Hayes, Galboola, Littleton and formerly Boula, Ballycahill, Thurles, Co. Tipperary. Predeceased by her mother Nancy. In the wonderful care of the staff of the Community Hospital of the Assumption, Thurles. Will be sadly missed by her very good friends Maudie Ryan and Frances Aherne, cousins, relatives, neighbours and friends.Reposing in Hugh Ryan's Funeral Home, Slievenamon Road, Thurles on Monday 20th May from 5pm to 6.30pm. Arriving at St Kevin's Church, Littleton at 7pm. Requiem Mass on Tuesday 21st at 11.30am. Burial afterwards in Ballycahill Cemetery.

The death has occurred of Jerry Quinlan, Church Road, Nenagh. Peacefully, surrounded by his family, beloved father of Ruth and Eddie. Sadly missed by his loving daughter, son, partner Rina and her family, brothers John and Michael, sisters Eileen and Nora, grandchildren Roisín, Paudie, William and Iarlaith, extended family, cousins, relatives and many friends.Reposing at his home (E45 RW59) on Monday 20th from 4pm until 8pm. Funeral arriving on Tuesday to St. Mary of the Rosary Church, Nenagh, for Requiem Mass at 12 noon followed by burial in Lisboney Cemetery. Family flowers only, donations, if desired, to Irish Lung Fibrosis Association and Milford Home Care.