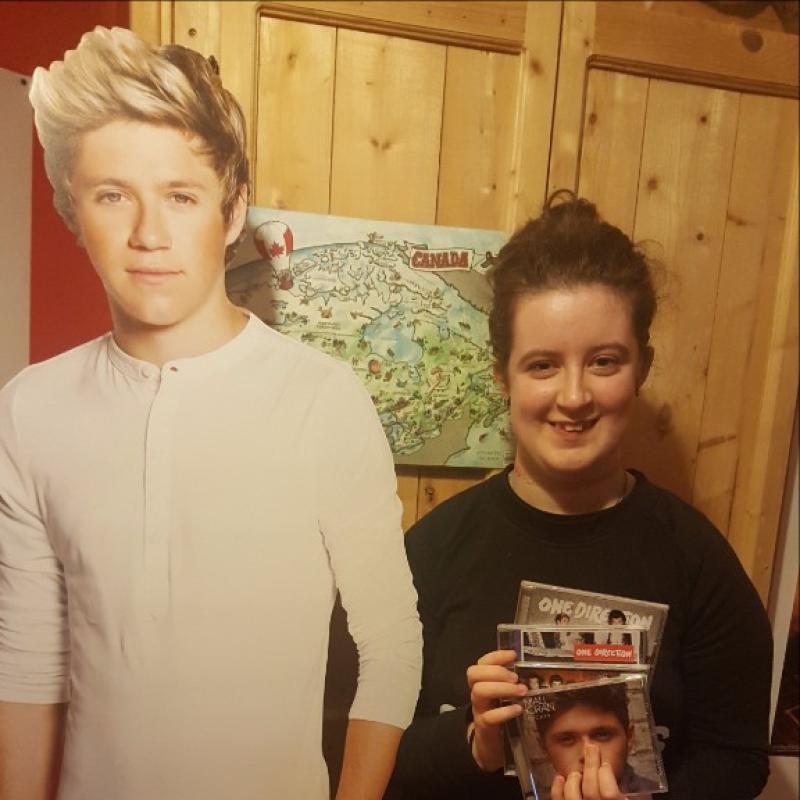 A 15 year old girl with special needs is hoping to make her sweet sixteen one to remember after an online campaign to get singer Niall Horan to wish her a happy birthday has edged one step closer to reality.

Amy Whelan from Roscrea, who has autism and learning difficulties, will turn 16 on November 27 and is hoping her idol Niall Horan will send her a special birthday message to mark the occasion after a social media campaign started by her family and friends went viral, leading Niall’s brother and mother to reach out to the family last week.

“Everyone has been great so far. It really took us by surprise when the campaign went viral, especially all the nice messages people have been posting in support for Amy. I read out some of the messages people posted online and it brought her to tears. She said ‘look mam I’m famous’,” says proud mum Shona.

“She loves One Direction, especially Niall as he’s practically from over the road.  Amy knows everything about him, she really is his number one fan.”

Shona says her daughter’s dream once she turns 16 is to head to Hollywood and meet Niall but that a phone call from the former 1D singer would be enough to brighten her little girl’s day.

“She can’t do the same things as other 16 year olds do. She’s looking at her cousins going to disco’s and wants to do the same as them so to talk to Niall on the phone would brighten up her day so much.”

In fact, Amy is so determined to speak to her idol that she insisted on having the dates of her respite stay changed as they fell on the same weekend as her birthday and she feared she’d miss her chance to speak to the famous singer.

Shona says her daughter “lives and breathes music” and spends hours listening to the lyrics from her favourite artists, writing out and the words and putting her own spin on songs.

“Music helps to relax Amy and calm her down if she’s having a bad time. If she get’s upset in school she’ll watch a video or listen to some music and she immediately feels a lot better,” explains Shona who adds that as Amy also suffers from epilepsy her family are cautious about bringing her to a live show.

“She needs routine and the loud noises and lights would be a worry at a concert for her. I would need a lot of support and help to bring her to a concert. I know she would love to see Niall perform so we hope we could do something like that some day for her.”

“We hope Amy gets to speak to Niall or he sends some kind of birthday message to her. It would make my little girl’s dreams come true,” she adds.