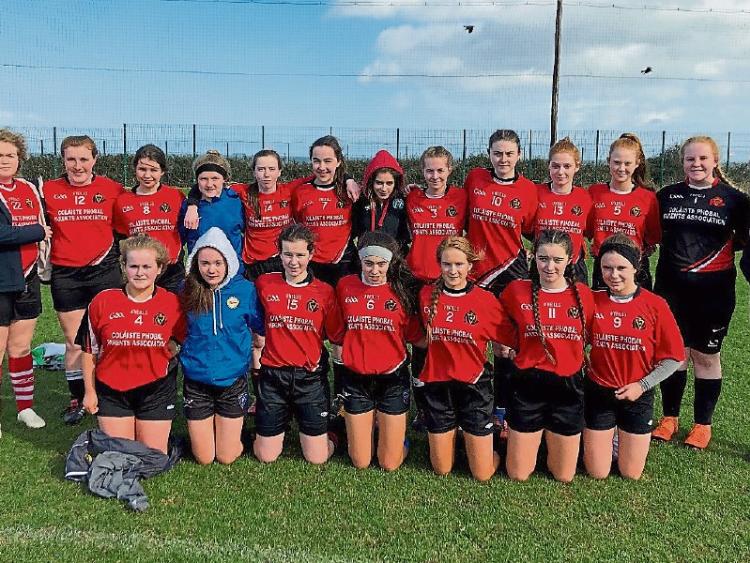 Congratulations to our first ever girls senior soccer team

After a long trip to Bray, the Coláiste girls started the game brightly taking a one nil lead in the first half from a great finish from Kelsey Wing against a well drilled Loreto side.

With the advantage of the wind in the second half Loreto came back in to the game with a well worked equaliser on the hour mark.

Coláiste fought extremely hard for the winner however were unfortunately caught on the counter attack to give Bray the lead.

The game may have finished 3-1 to Bray, however the girls from Coláiste have a lot to be proud of considering the commitment they showed throughout the year and being involved in the first girls soccer team to represent the school.

The future is bright for Coláiste on the soccer field despite losing a number of key sixth years next year.

Well done to everyone and it augers well for the future.