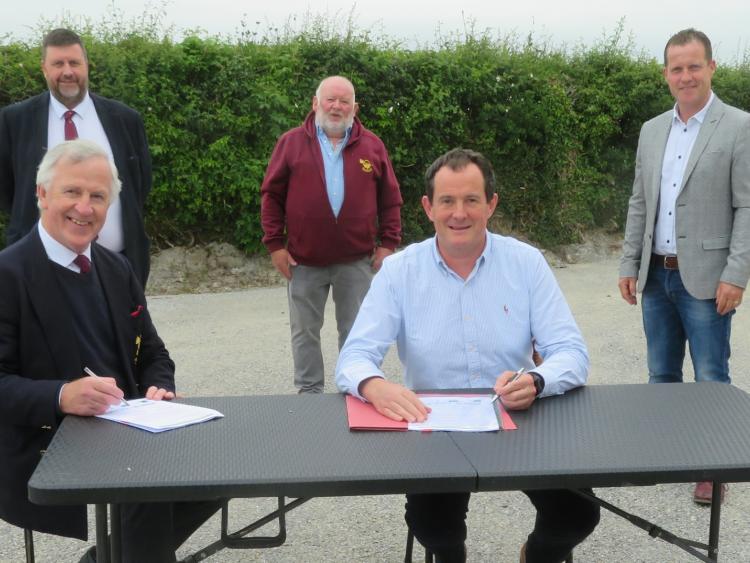 There was good news this week for Roscrea RFC as the IRFU announced the road map for a return to rugby.

After the end of last season came to a premature end followed by a summer of uncertainty, the positive announcement came as a timely boost for all associated with the club.

But that wasn't this weeks only noteworthy development.

On Thursday June 18, club president Brendan Hyland and North Tipperary Leader Company CEO Michael Murray co signed a contract for the commencement of a Feasibility Study to be carried out at the clubs home grounds at Streamstown, Roscrea.

When complete, this extensive feasibility study will act as road map to all future developments at the club.

In recent years Roscrea RFC has experienced a very significant increase in children, teenagers and young adults taking up the sport of rugby.

There are now 16 age groups and teams with over 350 players training and playing at the club. The resurgence of Girls rugby which returned to Roscrea RFC in 2017 has been a huge factor in the upwards growth and positivity.

The clubs senior team were crowned Leinster league Div 3 champions having won all 14 of their matches.

This recent success and growth in terms of numbers has inspired the club’s management committee to start a process of reimagining how the club will be developed into the future.

As a result of this, Roscrea RFC strategist and development committee chairman Jim Dwyer has been tasked with forming a working group to plan a pathway to all future structural developments.

The objective and primary focus of this plan is to commence the process of building an improved facility to collectively benefit the many diverse groups within the club.

The first step in this process is the initial feasibility study which will act as a blueprint for all developments into the future.