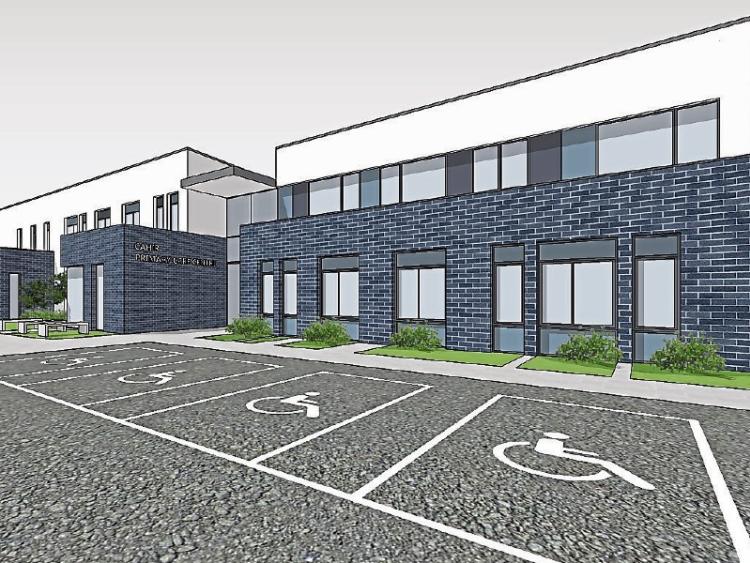 Deputy Jackie Cahill T.D. and Councillor Shane Lee (Independent)  have  welcomed an investment of €7 million in a new primary care centre in Roscrea at the old malthouse site in the town.

“I am delighted to see this significant investment in the town of Roscrea and surrounding region. The €7 million injection will facilitate a centre with services ranging from general practice to speech and language therapy to physiotherapy and occupational therapy”, Deputy Cahill said.

He added: “The provision of primary care is a key aim of this government with the intention of maintaining essential minor services in the community and so in turn taking major pressure of our hospitals. I am delighted with this announcement."

Meanwhile Roscrea based Cllr Lee said: "This is an vital step in the delivery of this very important health facility for the people for the town. They will now be able to avail of G.P. Services, Public Health Nursing, Speech and Language Therapy, Physiotherapy and Occupational Therapy and other associated services at one centrally located building.

As a member of the Lowry Team, Cllr Lee has been actively working on progressing this Primary Care facility alongside Deputy Michael Lowry. Following his election to Tipperary County Council, he has highlighted the importance of progressing the Primary Care Centre for Roscrea at every opportunity with Council officials, as health services in the town are currently at a variety of locations with many people requiring transport to access them.

Cllr. Lee was also involved in Deputy Lowry’s proposal to build a new ultra-modern 40 bed Public Nursing Home adjacent to the new Primary Care Centre. This proposal for a 40 bed fit-for-purpose Nursing Home, operating on a lease arrangement between the developer and the HSE, would have ensured that all vital care facilities were on the same site and close to the heart of the town. It would also have ensured the continued provision of residential care for the elderly in the town as the Dean Maxwell Home’s future was in serious doubt at that time. However, the issue became a political football in advance of the General Election and the opportunity was lost to Roscrea, according to Cllr Lee.

However, in July, Deputy Lowry raised the issue in the Dail with the Taoiseach, Micheal Martin, who agreed that the Minister for Health, Stephen Donnelly, would organise a meeting between Senior Estate Management of HSE,  Representatives of Roscrea Community Groups and elected Public Representatives to progress plans for a new Nursing Home for Roscrea.

"Today we are celebrating a significant step forward for the Primary Care Centre for Roscrea and I look forward to playing a role in progressing the very important matter of the Nursing Home in the near future," says Cllr Lee.