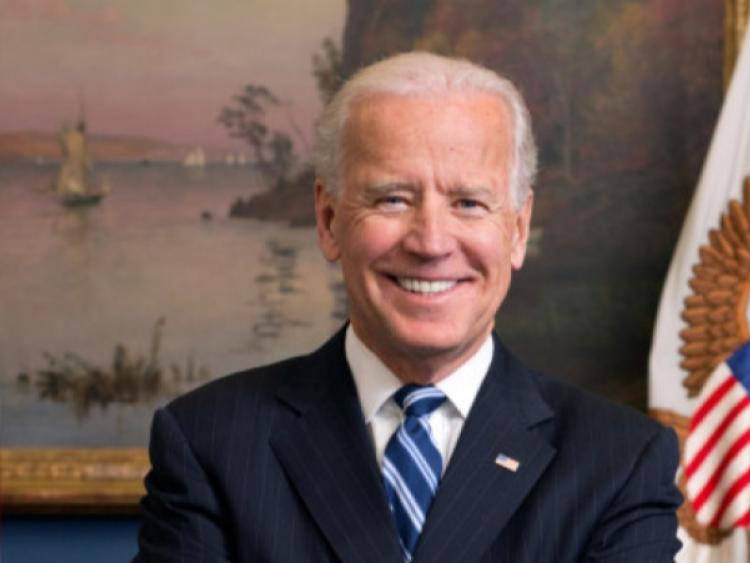 Moneygall might have just lost their claim as the unofficial headquarters of the American Democratic Party to Ballina in County Mayo, but the residents of the famous ancestral home of former President Barack Obama are overjoyed at President Elect, Joe Biden's win.

Irish punters are backing Joe Biden to single out the Emerald Isle as the destination for his first foreign trip as President of the United States and hopes are high that Ballina might get to experience the same jubilant scenes as Moneygall witnessed in 2011 when President Obama and First Lady Michelle Obama made their historic visit.

And although the endless rows of Stars and Stripes flags have long since come down in Moneygall and the number of visitors to see for themselves the tiny village Falmouth Kearney left generations ago has dwindled, many residents of the village remain very tuned in to the fortunes of the former President they claim as one of their own and the evolving story of the aftermath of his Presidency.

Keeper of the flame in Moneygall is President Obama's eighth cousin, Henry Healy, who manages the Barack Obama Plaza.

Speaking to the Tipperary Star, almost within earshot of the stunning statue of the former President and First Lady commemorating the 2011 visit, Henry said he's very happy.

But, while the winning administration was celebrating their win as historic – Trump was engaged in histrionics and Henry, like so many of us, remains completely engrossed in the riveting up to the minute coverage of the American news networks.

“I was very impressed at how on day one Joe Biden and Kamala Harris and their team were straight out with a plan to deal with the pandemic – they are the best hope for the US because the economy and health of the nation go hand-in-hand”, Henry said.

Many incidents over the last four years, particularly as Trump explored the power of ruling by Executive Order, made for uncomfortable viewing for Henry as he followed the Trump administration closely from Moneygall.

Donald Trump, who was an outspoken critic of Barack Obama from the genesis of his presidency, repeatedly rolled back on much of President Obama's work and successes.

Henry is keeping a close eye on the still unfolding race for the Senate, which has boiled down to the choice of voters in a series of subsequent run-off elections in the State of Georgia deciding the future of the Senate.

The Democratic Party has control of the House of Representatives and if they can win the Senate, they can overcome so many of the problems that unfortunately hamstrung President Obama.

“President Obama had it for the first two years of his Presidency – but if it ends up split 50/50 there will have to be some compromise. I hope Joe and Kamala can bring some of the Republicans with them”, Henry said.

Connections were already forged long before the election between Moneygall and Ballina and the families who have remarkably close connections to the Biden and Obama families. Henry met members of the Blewitt family from Mayo and hopes the future holds stronger links between the two communities over the coming years.

Asked if he has any aspirations to make his own political debut soon, Henry said he has no plans whatsoever.

“Its a dirty game and I'd be better off out of it”, he said.